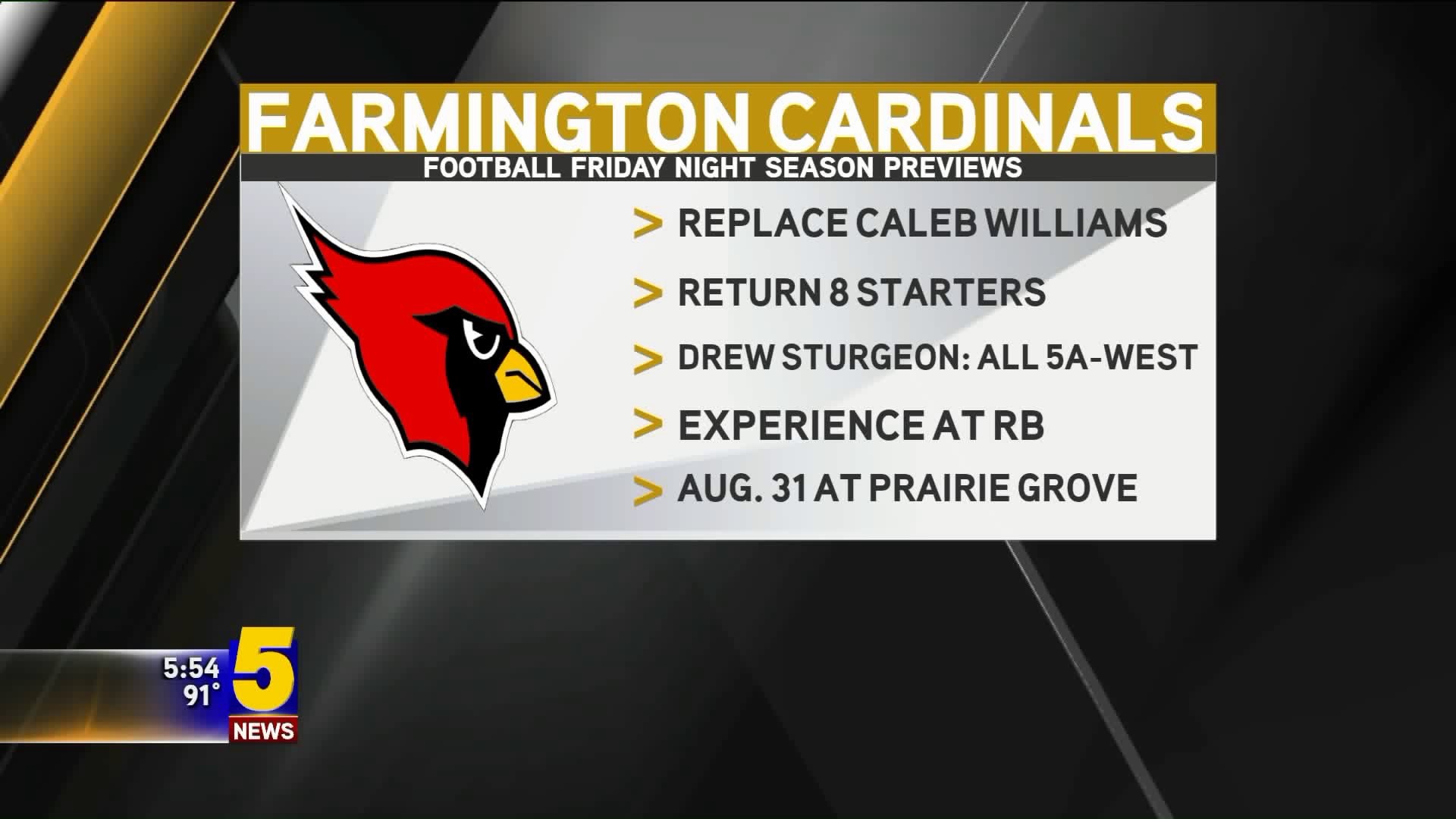 FARMINGTON (KFSM) - Teams led by Mike Adams are always known for their physical offense and run first style. That won't change in 2018 and he's got a stable of weapons to choose from in the backfield.

Seniors Reid Turner and Dimariae Donovan return with experience at running back while Tony Mayo makes the move from receiver to add speed to the position after finishing second in the 100 meter dash at the 5A-West meet in the spring. Trace South and transfer Jeremiah Lara (from Fayetteville) also add depth to an already talented group.

Farmington does have to replace Caleb Williams who rushed for more than 1,200 yards and 16 touchdowns last season. Turner was second on the team in 2017 with 354 yards and three scores.

Drew Sturgeon will help balance the attack as the all-conference receiver is back for his junior season. He led the Cardinals with 41 catches for 562 yards and tied for the team lead with five scores.

Quarterback could be a question mark for the Cardinals but a talented sophomore in Tate Sutton could be the answer Adams is the looking for should be beat out seniors Seth Swain and Eric Hill.

Farmington kicks off the season on Aug. 31 as they travel to rival Prairie Grove.