The Supreme Court has ruled Oklahoma prosecutors lack the authority to pursue criminal cases in about half of Oklahoma that remains an American Indian reservation. 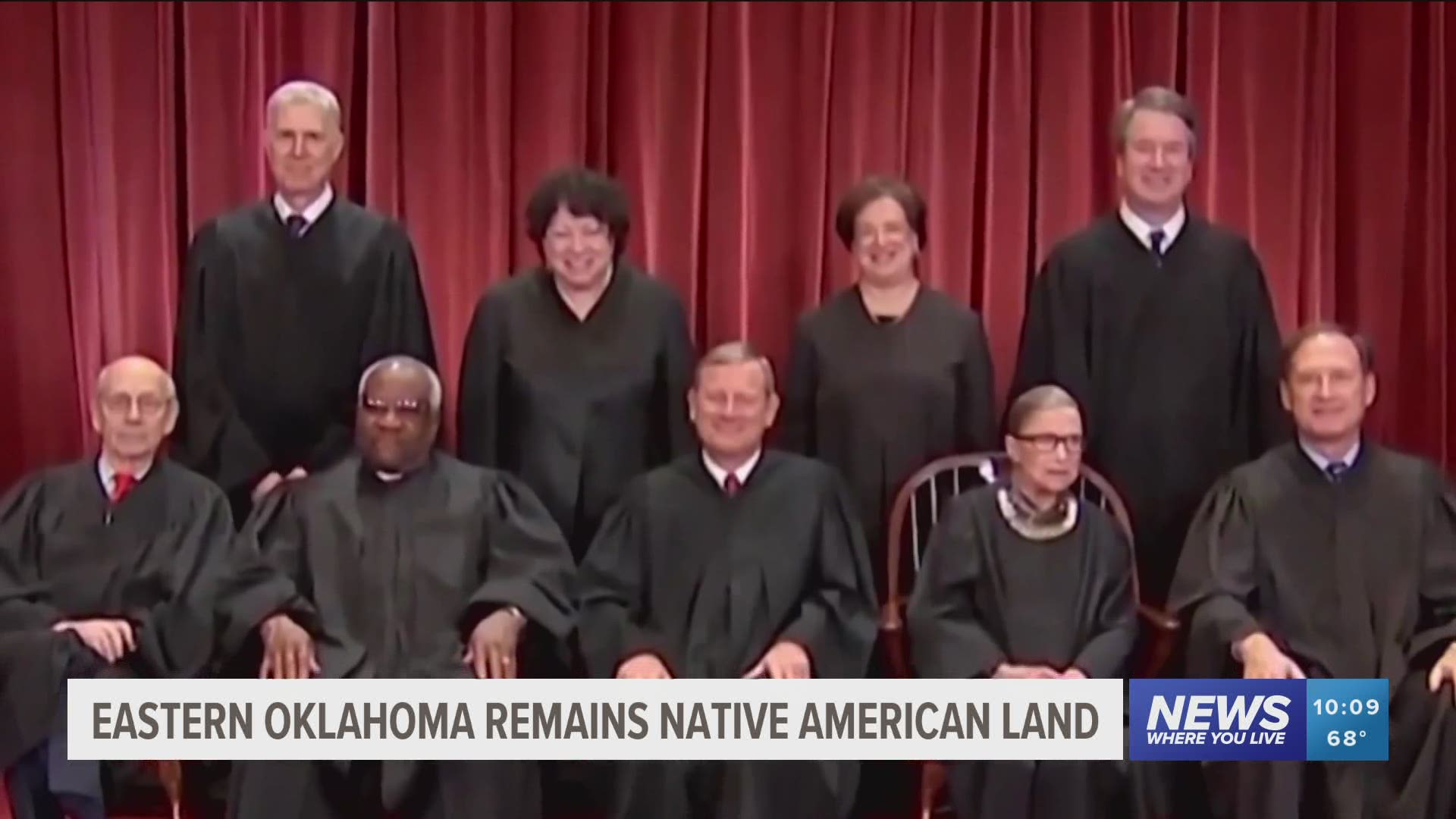 WASHINGTON, D.C., USA — The Supreme Court ruled Thursday that a large chunk of eastern Oklahoma remains an American Indian reservation, a decision that state and federal officials have warned could throw Oklahoma into chaos.

The court's 5-4 decision, written by Justice Neil Gorsuch, means that Oklahoma prosecutors lack the authority to pursue criminal cases against American Indian defendants in parts of Oklahoma that include most of Tulsa, the second-largest city.

The court's ruling casts doubt on hundreds of convictions won by local prosecutors. The case, argued by telephone in May because of the coronavirus pandemic, revolved around an appeal by an American Indian who claimed state courts had no authority to try him for a crime committed on reservation land that belongs to the Muscogee (Creek) Nation.

The reservation once encompassed 3 million acres (12,100 square kilometers), including most of Tulsa

The Supreme Court, with eight justices taking part, failed to reach a decision last term when it reviewed a federal appeals court ruling in a separate case that threw out a state murder conviction and death sentence. In that case, the appeals court said the crime occurred on land assigned to the tribe before Oklahoma became a state and Congress never clearly eliminated the Creek Nation reservation it created in 1866.

The case the justices decided Thursday involved 71-year-old Jimcy McGirt, who is serving a 500-year prison sentence for molesting a child. Oklahoma state courts rejected his argument that his case does not belong in Oklahoma courts and that federal prosecutors should instead handle his case.

McGirt could potentially be retried in federal court, as could Patrick Murphy, who was convicted of killing a fellow tribe member in 1999 and sentenced to death. But Murphy would not face the death penalty in federal court for a crime in which prosecutors said he mutilated the victim and left him to bleed to death on the side of a country road about 80 miles southeast of Tulsa.