The ordinance was originally scheduled to go into effect on May 1, 2020, but was postponed due to the ongoing COVID-19 pandemic. 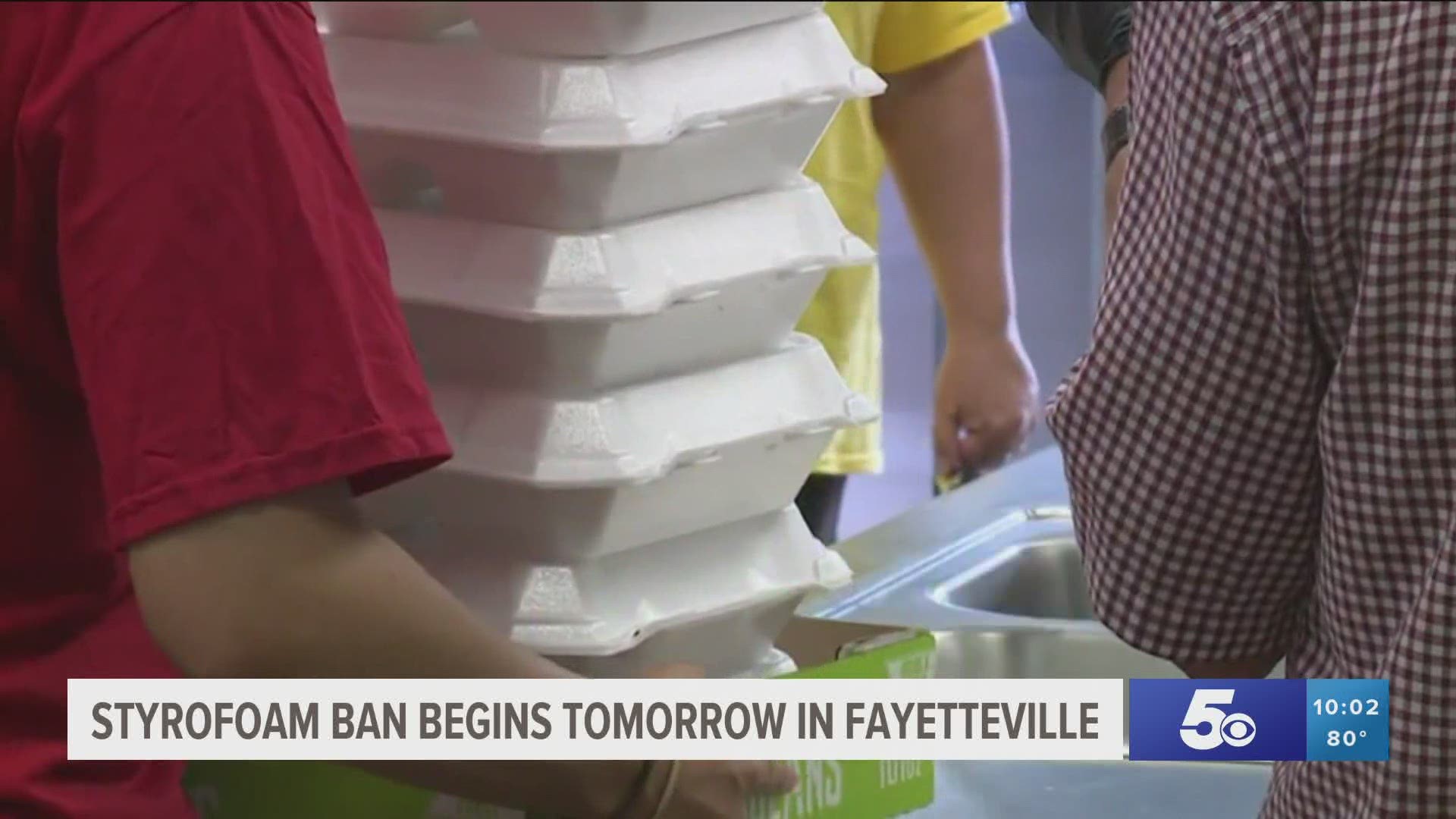 The City of Fayetteville passed the ordinance banning Styrofoam in November of 2019.

Restaurants and businesses across Fayetteville, whether it be a large chain or local spot, will have to abide by the new ordinance.

Some businesses have already made the transition from polystyrene to alternative options.

"We were happy to see the Styrofoam ban come into being,” said Lisa Purkayastha, general manager of Khana Grill.

Khana Indian Grill on College Avenue opening in 2015 and from the beginning the restaurant stayed away from polystyrene products.

“In our dining room, we use a series of plates that are made out of fallen palm leaves and they are made in India and gathered by villagers," Purkayastha said. "They are taking to a processing facility and steamed cleaned and sanitized and then formed into a shape of a plate."

As for take out products, the restaurant uses compostable materials like cornstarch.

The City passed the ordinance for numerous reasons including the well being of residents.

“These products, they can leach contaminants into our soil, into our water and that all ends up in our bodies,” said Heather Ellzey, Environment Educator for the City of Fayetteville.

The ordinance was originally scheduled to go into effect on May 1, 2020, but was postponed due to the ongoing COVID-19 pandemic.

The City says it wanted to give businesses and restaurants more time to find suppliers.

Ellzey says some restaurants have reached out asking, why Styrofoam?

"Styrofoam is, you look at it has these tiny little beads and those beads will take over 500 years for them to decompose but as they do the chemicals leak into our soil and groundwater. They are both known to be carcinogenic, cancer-causing," Ellzey said.

If any restaurant or business does not comply with the ordinance the City says that it could lead to a $250 fine per day.