Cardinals receiver is a threat to eclipse the 1,000 yard mark 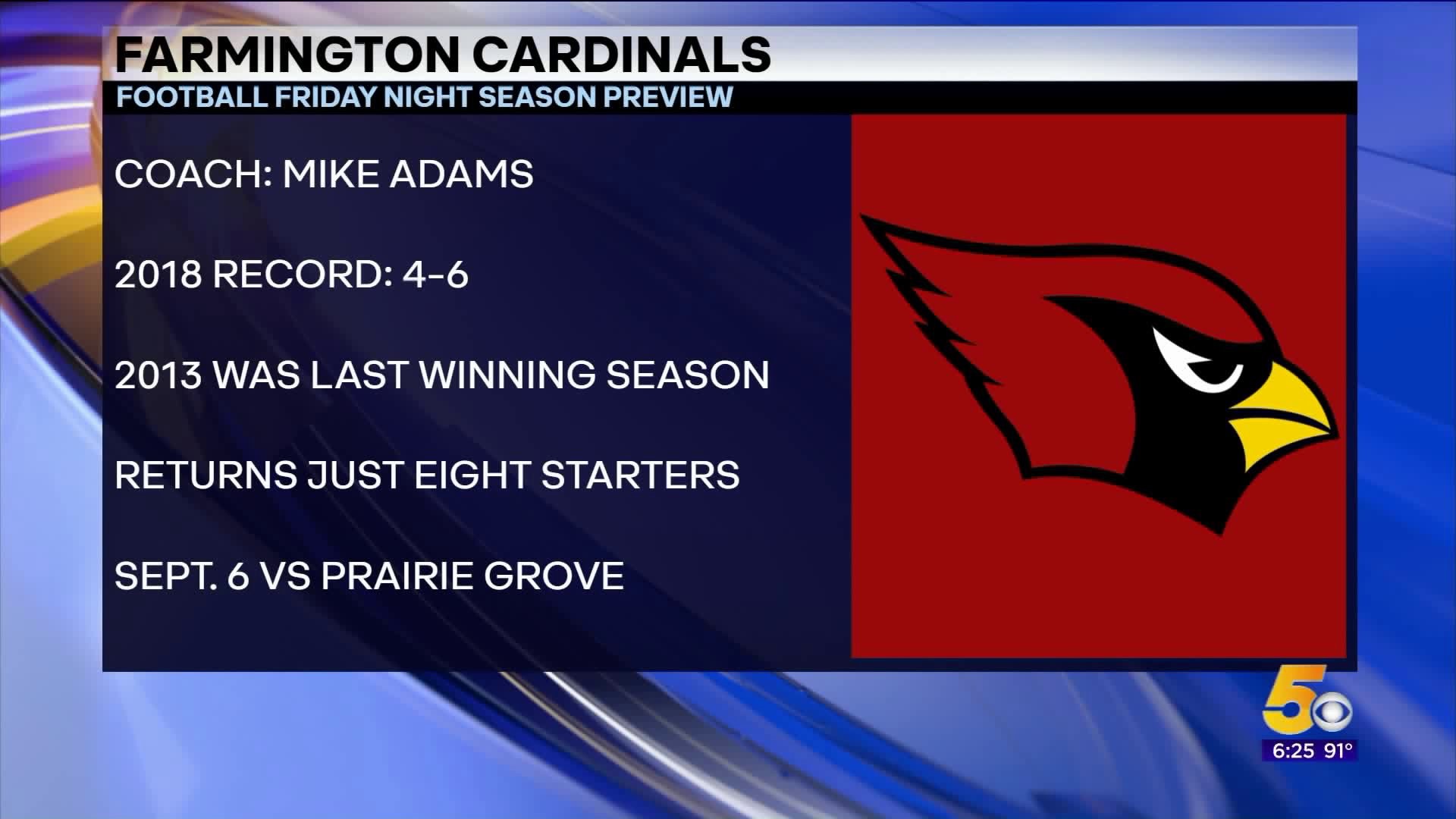 FARMINGTON (KFSM) - Every team wants to have two things when a new season arrives. A playmaker on the offensive side of the ball and an anchor to build your defense around.

Farmington has those two pieces as the 2019 season approaches and now the Cardinals are looking to break in their new stadium in style.

The Cardinals are going to try to find a way to get Drew Sturgeon the football anyway they can. The senior caught 56 passes for more than 800 yards last season and coach Mike Adams said they're going to find as many ways as possible to get him the football.

"He was the outstanding receiver in our league last year and he's just a little bit bigger and faster this year and I feel like he is a guy we're going to count on to have a 1,000 yards receiving," Farmington coach Mike Adams said. "We're trying to find and come up with new ways to get him the football every way we can."

"Just give it my all every Friday night," Sturgeon said. "I feel like I have a lot of experience and know what to do to be able to get to that point." 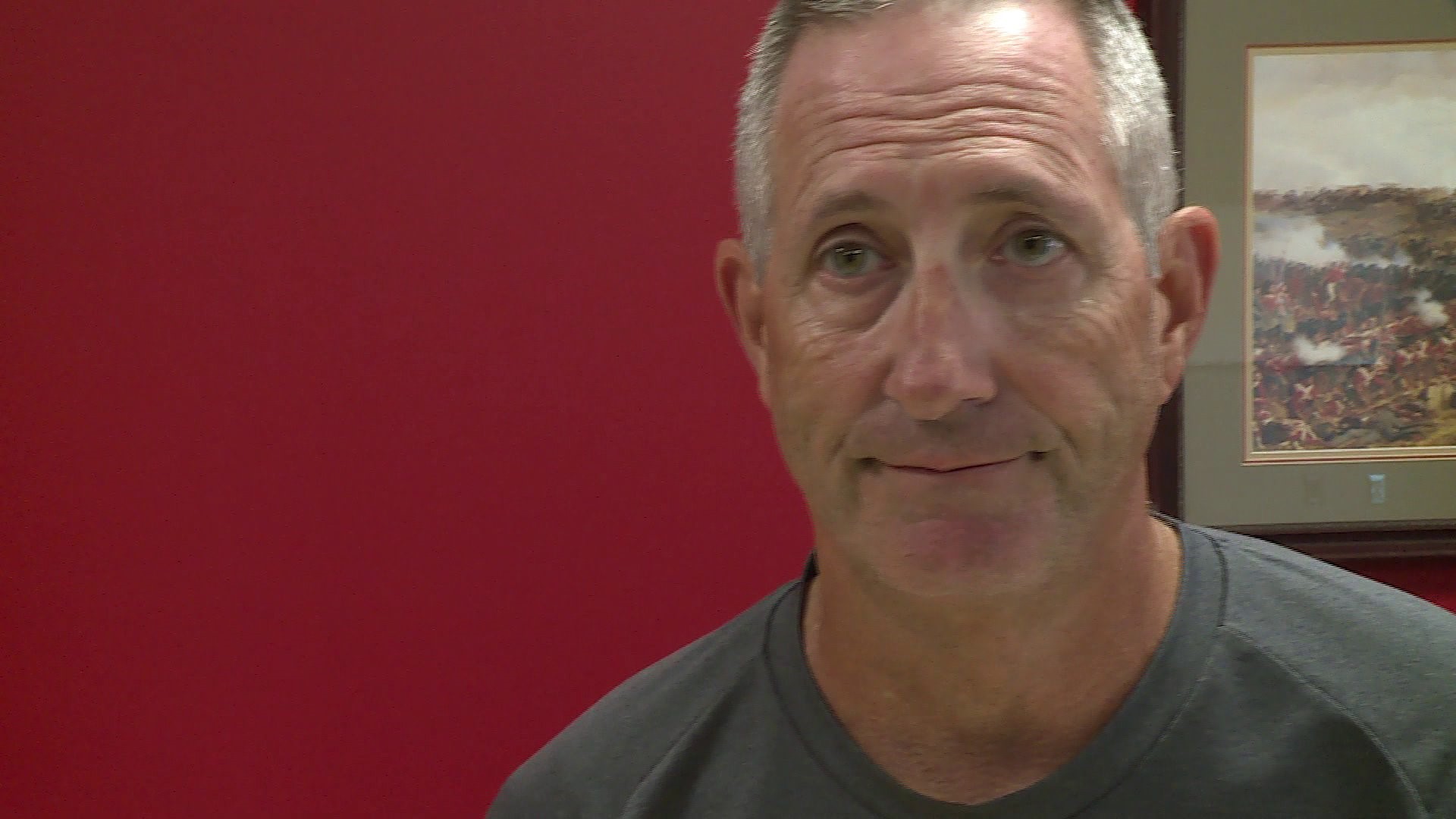 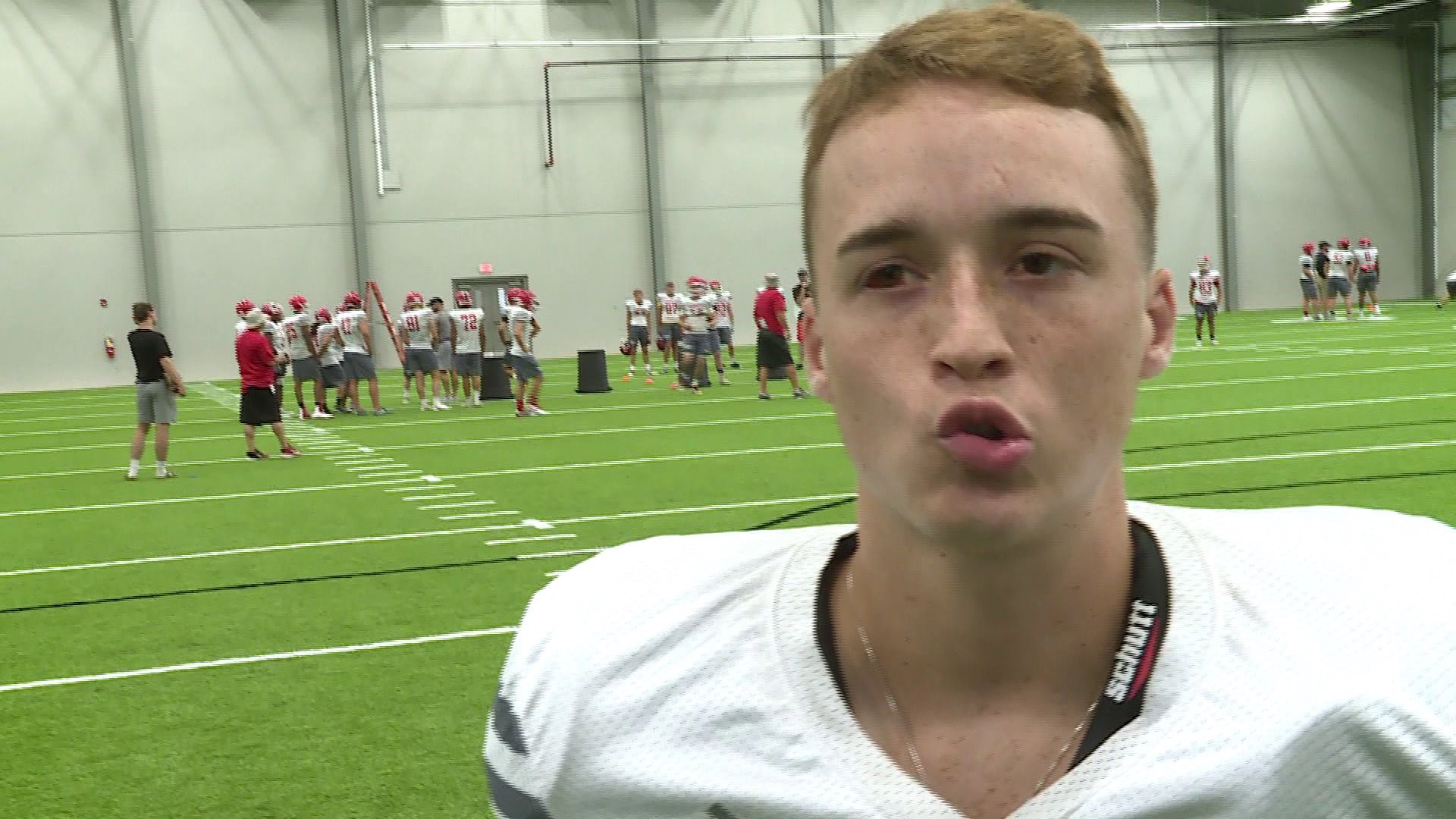 On the defensive side of the ball, a pair of returning linebackers are going to anchor a unit that looks to take a step up in the 5A-West after allowing 32 points per contest against conference opponents.

Colton Kilgore made 87 tackles from his linebacker position while Hayden Cox and Josh Stettmeier provide two more playmakers for the Cardinals defense.

"We`re stacked," Farmington linebacker Josh Stettmeier said. "We have two returning starters and then we just have speed and strength. We have it all I think."

"We feel like we have a lot of experience there," Farmington linebacker Colton Kilgore said. "We have more people returning there at linebacker than at other positions on defense so I feel like that should be a good place for us." 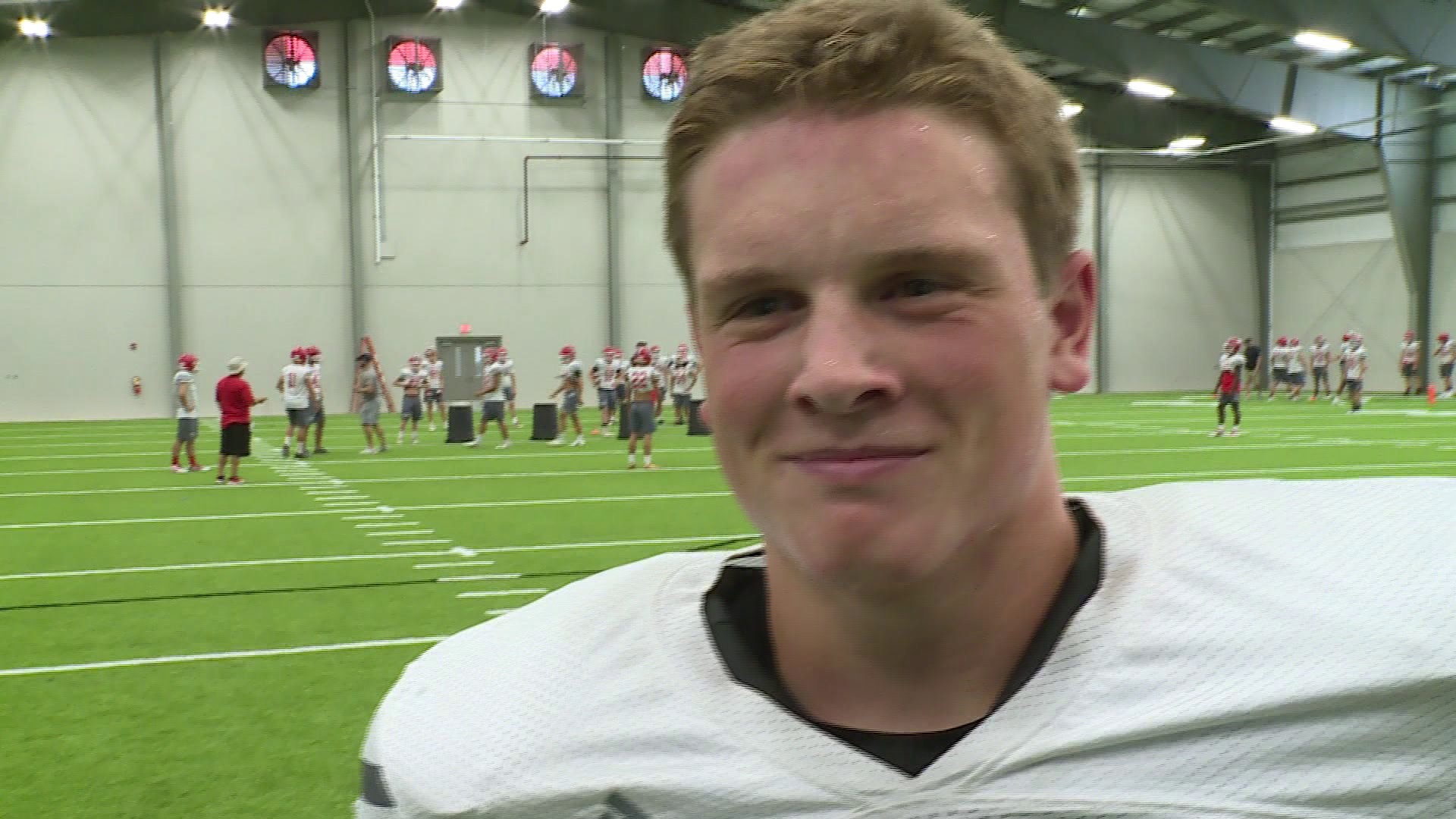 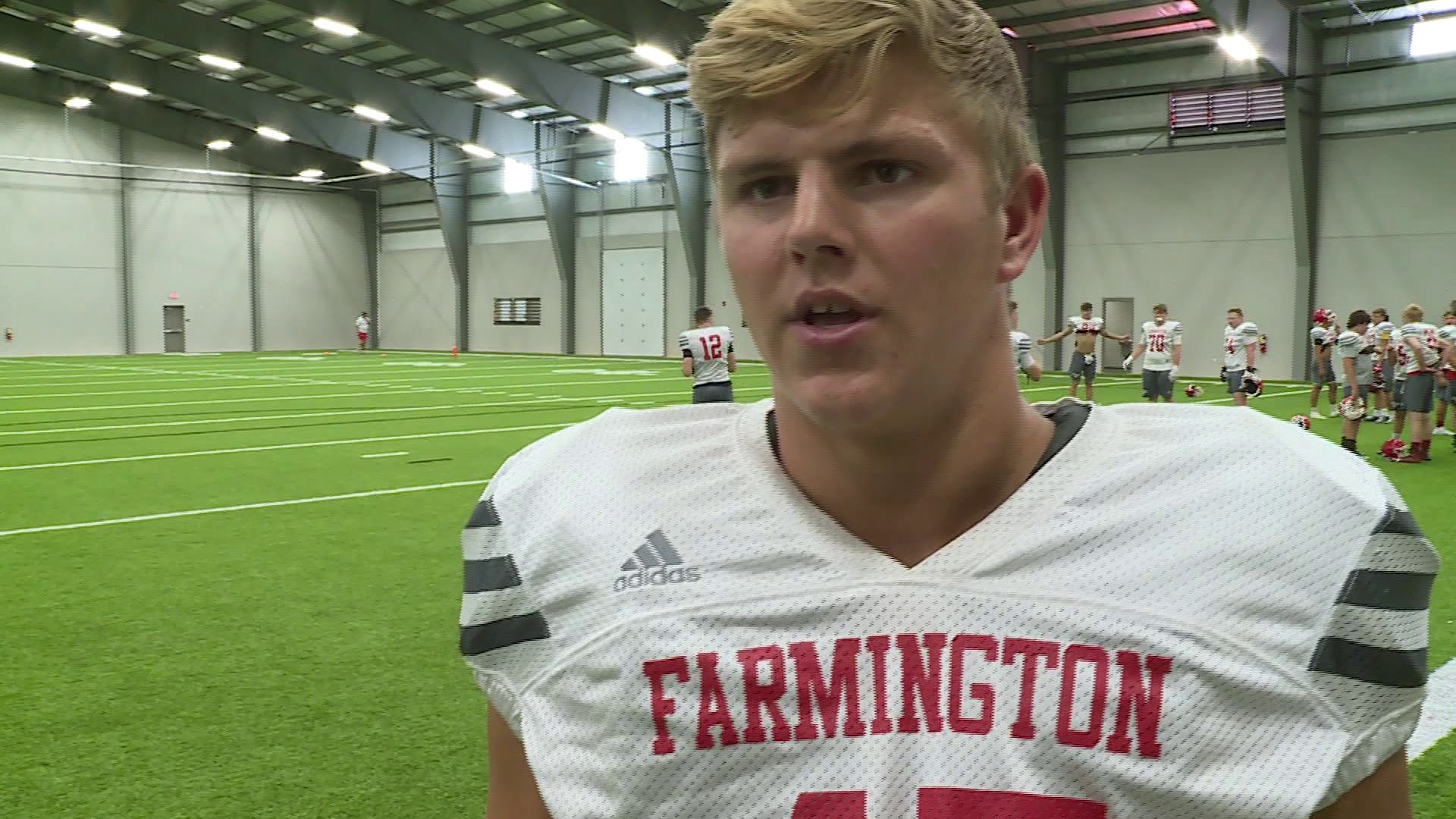