The NWA Planning Commission says the population forecasts for Benton and Washington counties estimate 974,000 people will be living in the two counties by 2045. 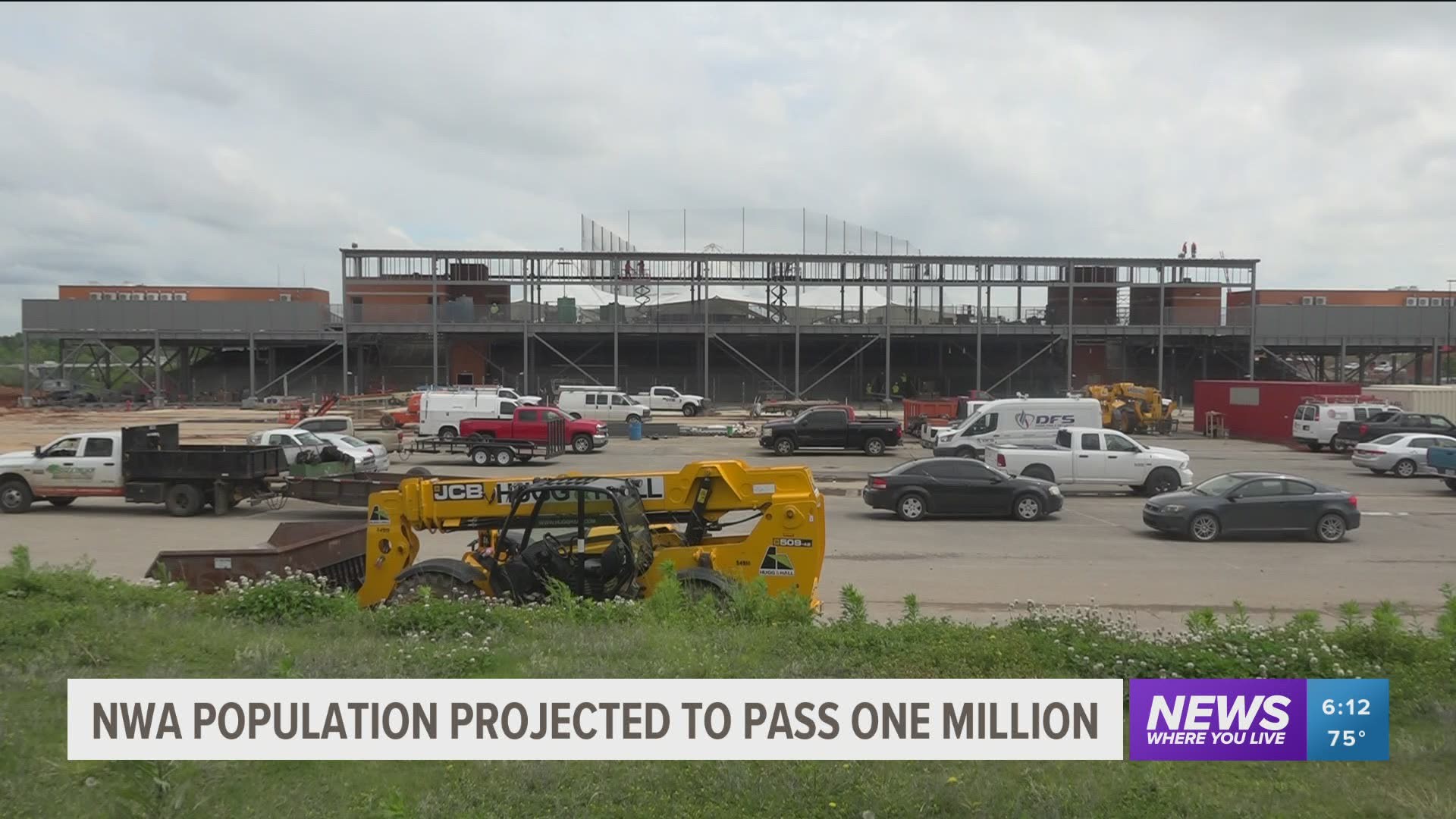 ROGERS, Ark. — A new study from the Arkansas Development Economic Institute says that there will be close to a million people living in Northwest Arkansas by 2045.

The Northwest Arkansas Planning Commission says the new population forecasts for Benton and Washington counties estimate around 974,000 people will be living in the two counties by 2045.

Conklin says it’s interesting to see the prosperity we have in this region, the high quality of life and the attractiveness to Northwest Arkansas.

“We consistently can make the top 10 lists for best places to live, job growth, amenities, so I think it’s going to continue to grow into the future,” he said.

He says the main thing they look at is infrastructure and our state is fortunate that in 2012, voters approved a half cent sales tax to fund transportation. Three out of the four major cities have approved bond issues also for transportation.

“You really have to look long term, so there are corridors we are studying today that fast forward 10, 20 years from now they will be improved and opening up to serve that population,” Conklin said.

In Rogers, this population increase is something they say they’ve been planning for by proactively rezoning. President and CEO of the Rogers-Lowell Chamber of Commerce, Raymond Burns says in areas with the most services like around the interstate you’ll see buildings are going up instead of out.

“Our whole roads system, our whole services plan, our whole infrastructure plan is based on where there will be larger concentrations of people and then where there aren’t as many services we’ll go outward and there is lots of land left between here and western Benton County,” Burns said.

If you have not completed the 2020 Census yet, they ask that you do because that is how we get funding for healthcare, roads and other amenities for our region and not having an accurate count could costs the area millions of dollars.