HAPPY BIRTHDAY: Dr. Patrick McClain served in the Army and was a prisoner of war during World War II. Now, he's turning 101! 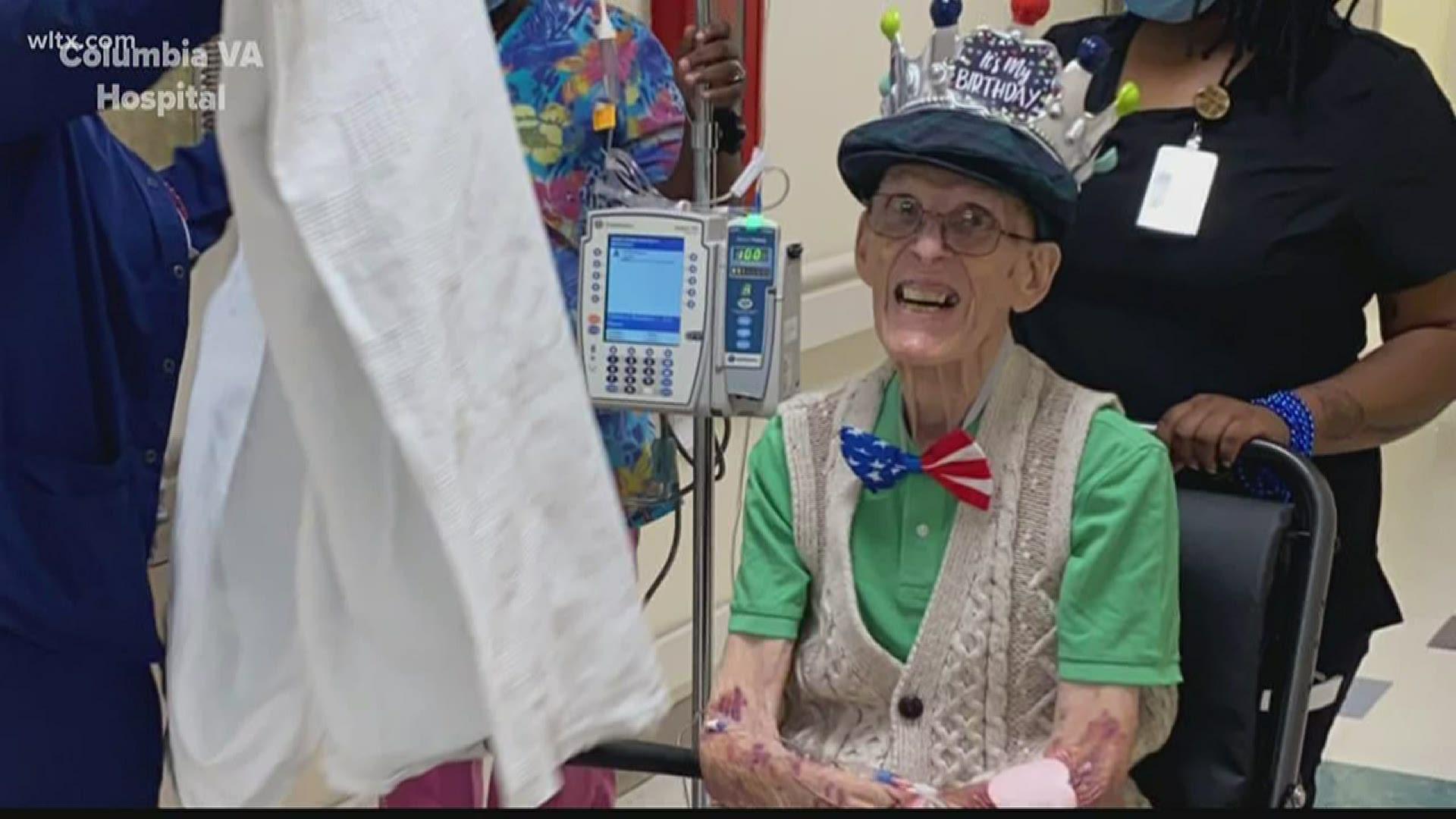 Dr. Patrick McClain, who lives in Shoreline, Washington, was visiting his daughter Virginia with his son William when he fell ill. He was taken to Dorn VA Medical Center in Columbia, where a party was held for him Friday.

His family was able to watch his celebration virtually through a donation of a Facebook Portal, TV (to act as a monitor) and a stand, which can be wheeled around for veterans to stay connected with their families and loved ones.

Street Squad had a chance to chat with the veteran via Facebook Portal.

Dr. McClain's social worker asked him, "Do you feel older than yesterday?" to which he replied,“I feel the same.”

Dr. McClain served in the Army and was a prisoner of war during the second World War. “There were some pretty close calls but I lucked out," he says. His daughter Virginia told us he was a P.O.W. and was also on a train when the allies blew up a car near him. Nevertheless, he made it.

Dr. McClain then made a career as a dentist for almost 40 years. He graduated dental school in 1950 and retired in 1989.

When asked what his secret was, Dr. McClain didn’t know at first. After thinking it through he says,“Don’t live a bad life. Get good sleep, eat well, behave yourself. You know there’s really no advice. You’ve just got to do it.”

And what’s next for him? “I want to get my balance back so I can swing a golf club.”

Dr. McClain hopes to return home to Washington where his other son Owen lives in the next few weeks.