Two bills on the topic have a good chance to make their way to the Governor's desk. 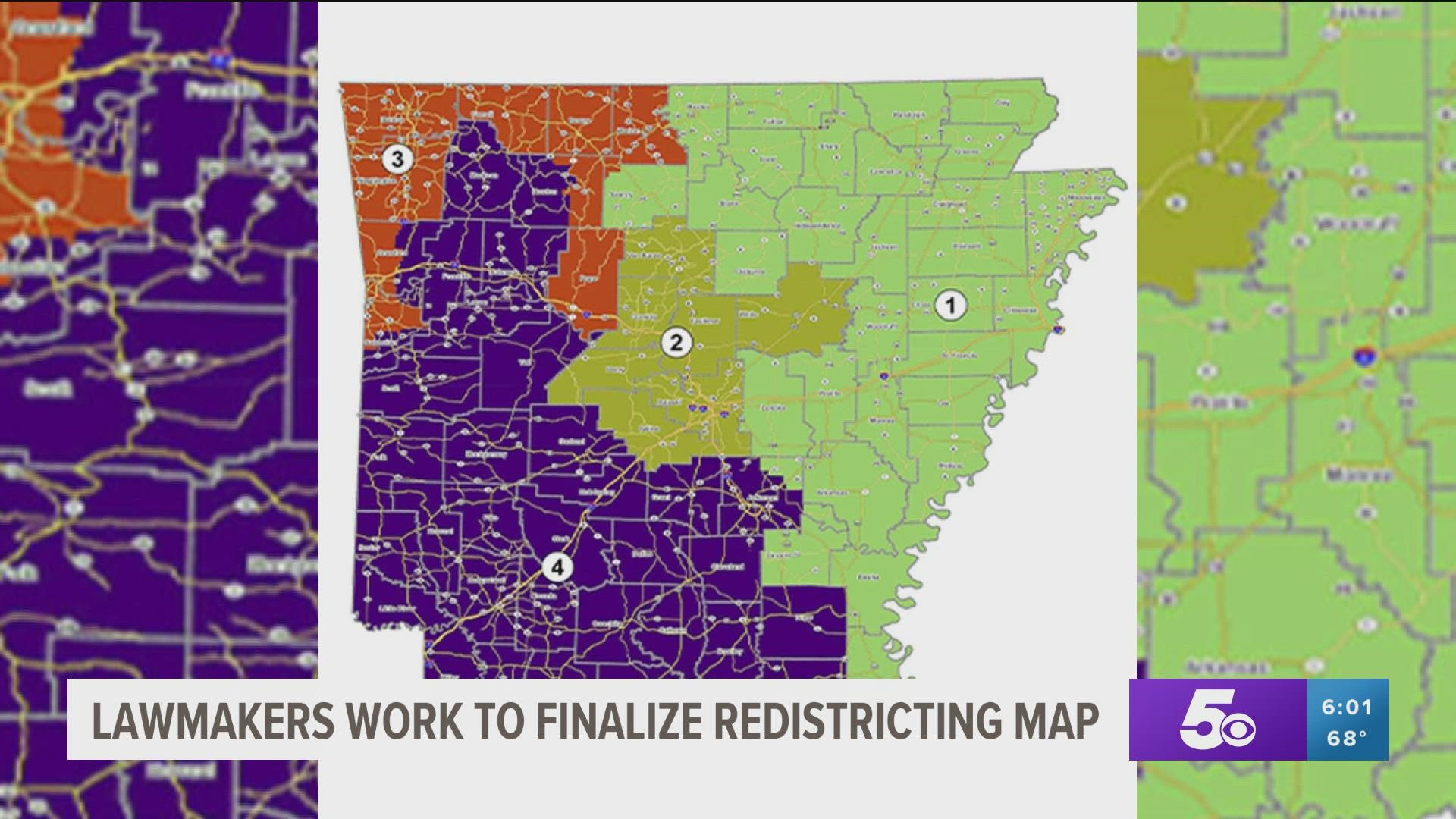 ARKANSAS, USA — Arkansas lawmakers have advanced identical bills that would change some congressional districts across the state. The bills now head to Governor Asa Hutchinson's desk for signature.

Members of the Arkansas House and Senate voted Wednesday, Oct. 6, to advance congressional redistricting bills that would further split one of our counties. Bills from the Senate and House have passed both chambers and are on the Gov.'s desk.

Once every decade after census results are released, congress and state legislatures are supposed to redistrict under the state and federal constitution. In Arkansas we have four seats in the House of Representatives, making four congressional districts in our state. University of Arkansas Professor of political science, Andrew Dowdle says each district are supposed to have equal populations

“While Arkansas’ population has remained relatively stable as a whole, within the state you have vastly different population trends,” he said.

Dowdle says the district around Little Rock, district 2 has kept about the same population but says the two rural districts, the first and fourth have lost population but the third district that includes the River Valley and Northwest Arkansas has grown significantly over the last 30 years.

In the maps on House Bill 1982 and Senate Bill 743, Pulaski and Sebastian counties will be split. In Sebastian county, from Greenwood south will be district four instead of three. He says you usually like to keep people with similar interests in congressional districts.

“In terms of economic interest for example. Some of that may just be infrastructures like interstate expansion and other things of that nature as opposed to splitting them apart. And it also ends up causing some confusion,” he said.

Governor Asa Hutchinson thinks there is nothing wrong with dividing a county to meet the population requirements but says how you divide counties is important.

“I would urge them to keep in mind that you do not want to dilute minority representation or influence in congressional races and I believe that is an important factor I believe that should be considered,” he said.