Woman found dead on Springdale road, boyfriend arrested for leaving the scene of an accident

A woman was found dead in Springdale late Wednesday night. Investigators believe she may have been hit by a car. 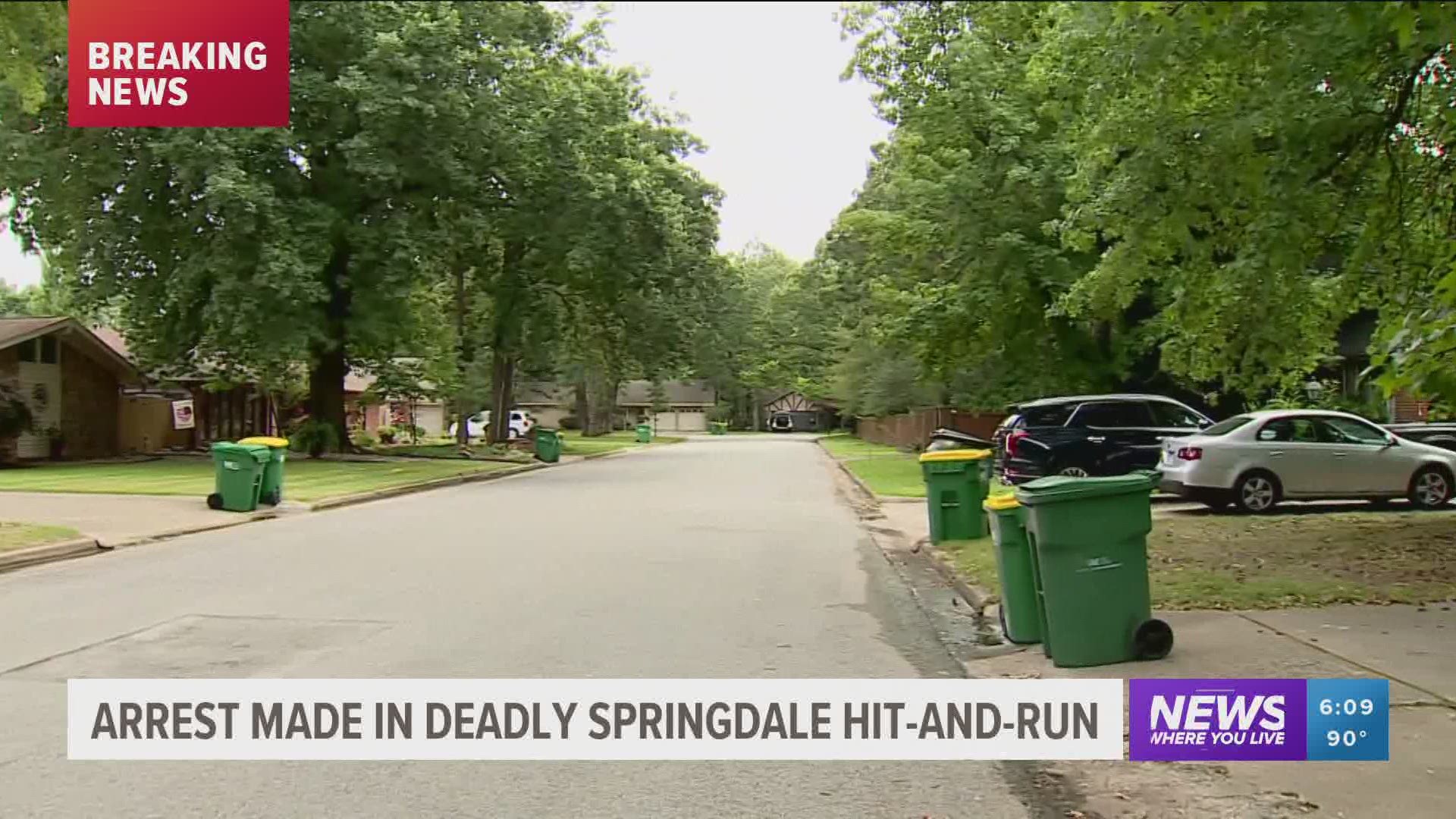 SPRINGDALE, Ark. — An investigation is underway after a woman was found dead in Springdale late Wednesday (July 15) night.

On Wednesday at approximately 10 p.m., officers with the Springdale Police Department responded to a 911 call about a female lying in the road on Oakhill Drive covered in blood.

Officers located an unresponsive female, now identified as 40-year-old Mary Franke, in the road with apparent head trauma. Paramedics from the Springdale Fire Department arrived on the scene and advised officers that Franke was dead.

Upon examination of the body, it appeared that Franke might have been struck by a vehicle, according to Lt. Jeff Taylor with the Springdale Police Department.

After processing the scene for evidence, detectives made contact with a male at Franke's residence identified as Marcus Grogan. Grogan told police he was Franke's boyfriend.

Grogan agreed to go to the Springdale Police Department for an interview voluntarily. Following questioning, Grogan was arrested and charged with leaving the scene of an injury accident. He is being held at the Washington County Detention Center.

According to an incident report, Grogan told police he was leaving home to take his work truck back to its storage location when Franke ran out after him. Grogan stated he last saw the victim running after him and that while driving, he felt a "small bump," but never stopped to see if he had hit anything with the vehicle. He said he then dropped the truck off and walked back home, where he noticed several emergency crews in the area.

The investigation into Franke's death is ongoing, and additional charges are possible.

Franke's body has been sent to the State Medical Examiner's Office in Little Rock for an autopsy to determine the manner and cause of death.