If passed, drinking would be allowed in certain outdoor areas under strict conditions and time boundaries. 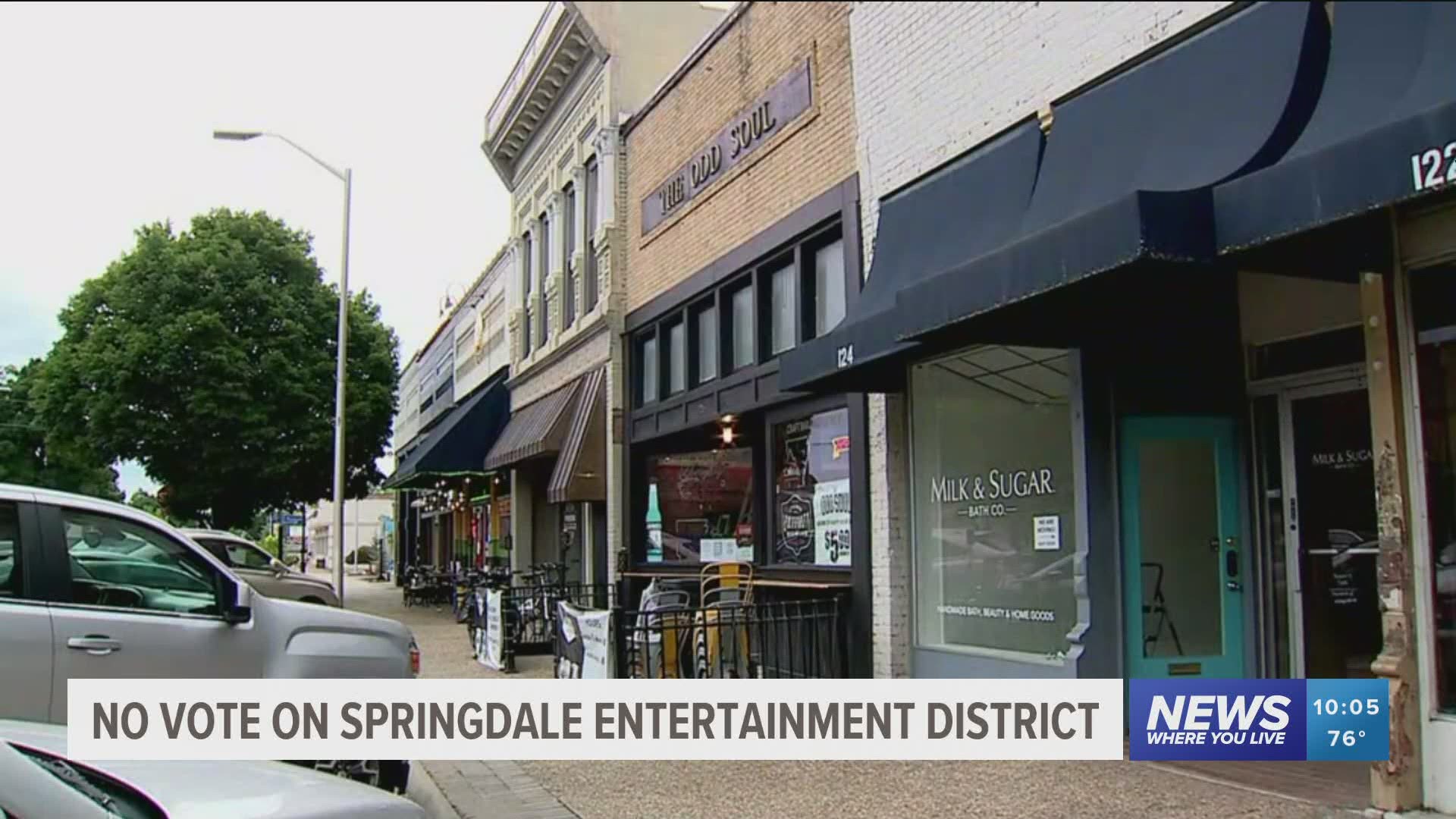 SPRINGDALE, Ark. — The Springdale City Council discussed the possibility of a dining and entertainment district in the downtown area.

If passed, the ordinance would create a designated entertainment district and set standards for the regulation of alcohol possession within the boundaries of the district.

The city council decided to hold off on voting on the outdoor dining and entertainment district Tuesday (July 28).

A similar ordinance went into effect in Fayetteville last week.

While no decision in Springdale has been made yet, many restaurant-goers and owners say they believe the ordinance could have a positive impact on foot traffic and revenue down Emma Avenue.

“The ability to be able to carry a beverage from one place to the next or go window shopping here or there... I think makes a lot of sense,” said Brent Hale, owner of Big Sexy Food and Sandwich Love in Downtown Springdale.

Hale says he believes the idea of an outdoor dining district could boost sales during the coronavirus pandemic, but also improve the downtown experience.

The council decided to leave the ordinance at the first reading, meaning it's not a yes or a not, but they hope the extra time allows residents and business owners to give more input on the decision.

While no one at the meeting was opposed to the ordinance, council member Amelia Williams mentioned she spoke with someone worried an entertainment district would hurt a family-friendly vibe in the downtown area.

“I feel like that is something that they are afraid of,” Williams said.

Supporters of the ordinance say they feel in Springdale it won't be so much a "party vibe" but is more about bringing people together and having nice areas to sit outside.

If passed, drinking would be allowed in certain outdoor areas under strict conditions and time boundaries.

While the idea comes as a way to help businesses make it through the pandemic, residents and restaurant owners say this could live on in a positive way, even after the pandemic is over.

The ordinance will be on the city council's agenda again for the next meeting on August 11.