Terri Gurganious' vibrant sixth grader had to trade her Buna team uniforms for a blue gown at Texas Children's Hospital shortly after the school year started. 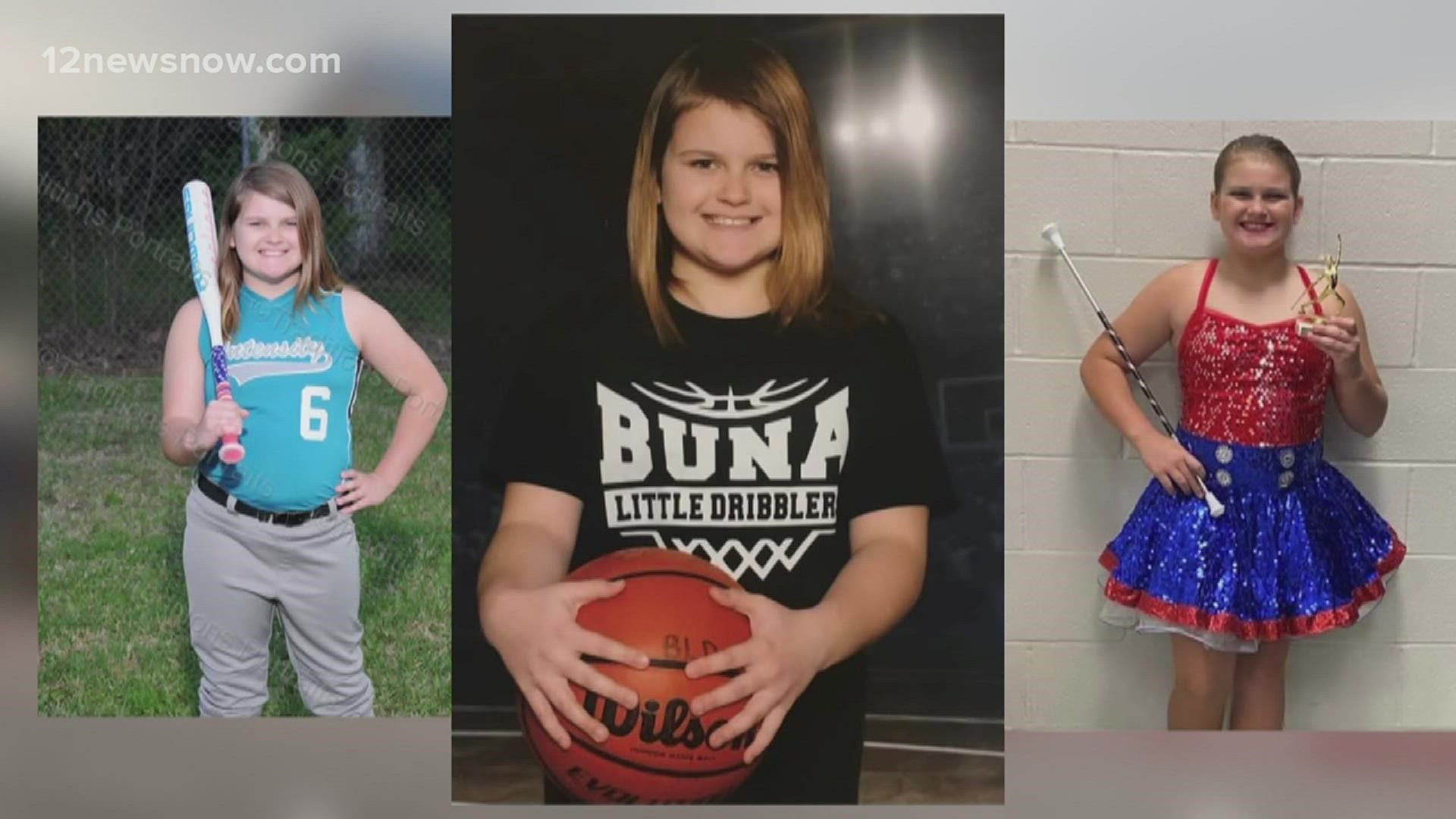 Brennah Gurganious contracted the virus shortly after the beginning of the school year. The sixth grader started having a cough, fever and bouts of dizziness, symptoms that eventually that landed her in Texas Children's.

The 11-year-old had to have breathing treatments every hour and had to have her lungs suctioned every four hours.

Doctors originally thought she would not be able to leave the hospital for another month. However, on Tuesday, her family is inviting the community to a drive-by welcome-home parade.

COVID-19 cases are continuously climbing across Southeast Texas, and schools are no exception.

Like most kids, Brennah Gurganious, was excited to start school after missing her friends for a whole year. However, COVID-like symptoms would put a pause on her plans.

“Softball. Basketball. She serves. She twirls. She does it all,” Terri Gurganious, Brennah Gurganious; mother, said. “After a few days, she just kept getting worse. She wasn't getting enough oxygen."

Terri Gurganious would later find out that Brennah was one of the hundreds of children across Texas infected with COVID-19. The Southeast Texas mother's vibrant sixth grader had to trade her Buna team uniforms for a blue gown at the Texas Children's Hospital in Houston.

Terri Gurganious said the past few weeks have been a total nightmare.

Gurganious believes this could have been prevented if mandatory masks and virtual learning were options for districts like Buna ISD.

Buna ISD superintendent Donny Lee said he agrees, but there are multiple reasons why the district cannot do that yet.

“From our perspective, there's no other option,” Lee said.

It would cost $6.5 million to fund virtual learning for the district. That money will not be available until the Texas Legislature passes Senate Bill 15, which would allow Texas schools to receive funding for virtual learning.

Also, Texas students are required to have more than 75,000 minutes of instruction per school year. Lee said shutting campuses down for every positive case makes it virtually impossible to meet that threshold. So, personal responsibility is key.

“We encourage our staff to get the vaccine, because vaccines are not mandated,” Lee said. “And if you are feeling sick, if you have headache, any type of symptoms, we send those kids home, or staff home. “

In a previous interview with 12News, Terri Gurganious shared a warning with Southeast Texas parents.

“It doesn't matter how healthy you are, how active you are, what age you are,” Terri Gurganious said. “It does not discriminate.”