“This would have never happened years ago without Facebook," Brian Lucas said. 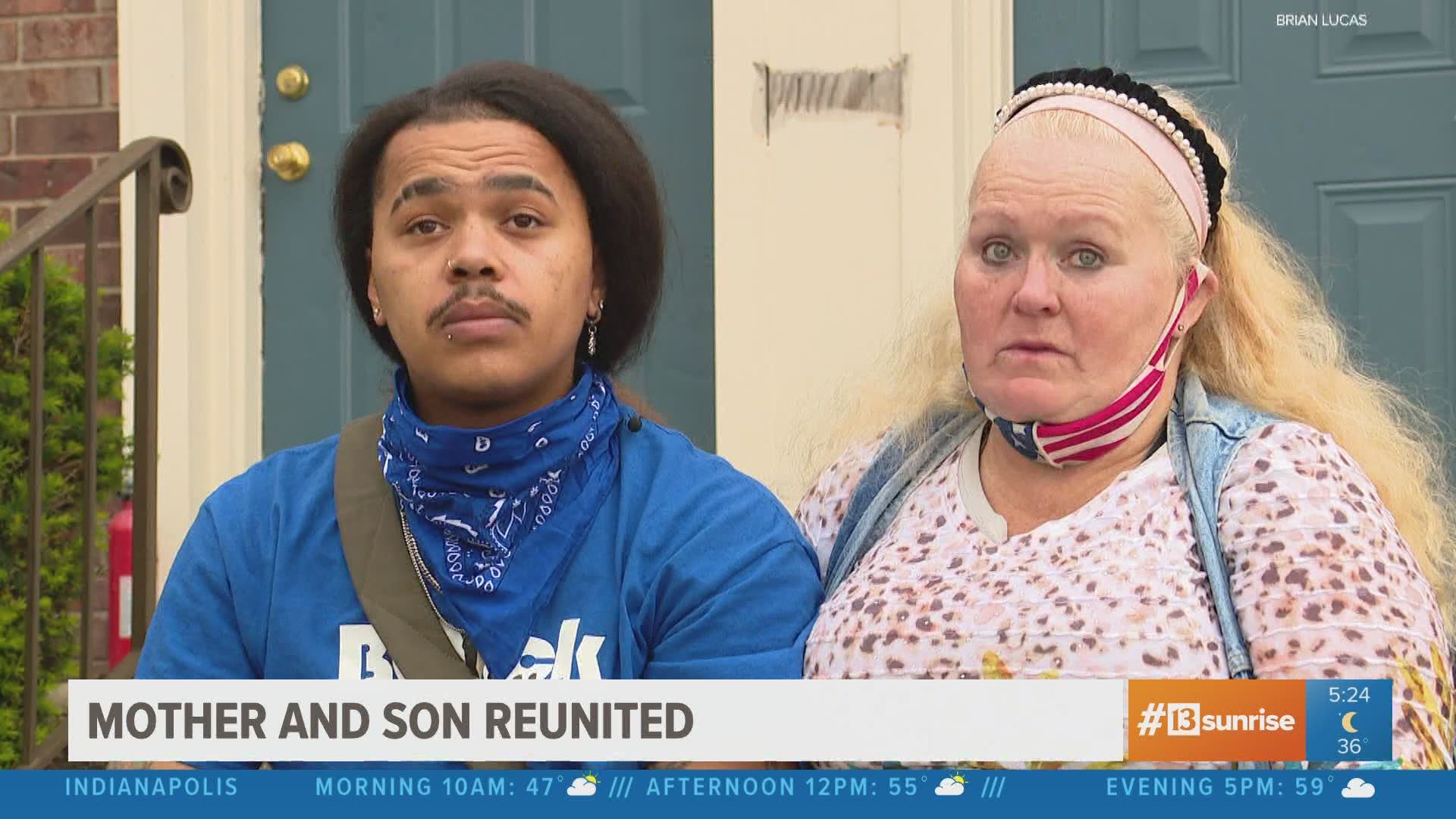 “There were a lot of times I lost hope," Brian Lucas said. "I just never really wanted to look anymore.”

A son, looking for his mom whom he hadn’t seen or heard from since he was 10 years old.

Lucas and his four sisters were put in foster care as children. Each of them were adopted by different families across the country.

“I always posted about her, I just never posted in the right place,” he said.

“Somebody said 'I know who that is. That’s the same name, that’s the same face,'" Lucas said. "I know where she lives, at this address and I gave it to my cousin, I had to go check it out, because she lives up there. The neighbors said, ‘that’s her, that’s her,' I just rushed up there as soon as I could.”

He made about a two-and-a-half hour drive from Indianapolis to Lake Station, Indiana, where he thought his mom might be.

“I’m like 'this has got to be it.' I just had no doubt that this time it was going to happen," Lucas said.

Finally, on Wednesday, mother and son were reunited.

Lucas took his mom from Northwest Indiana to his home in Indianapolis where she’ll stay for good.

A happy ending. thanks to her son’s unwavering determination and the power of social media.

“This would have never happened years ago without Facebook," Lucas said. "Ten years ago, this wouldn’t have happened.”