Many school districts had busted pipes as a result of the subzero temperatures this week. 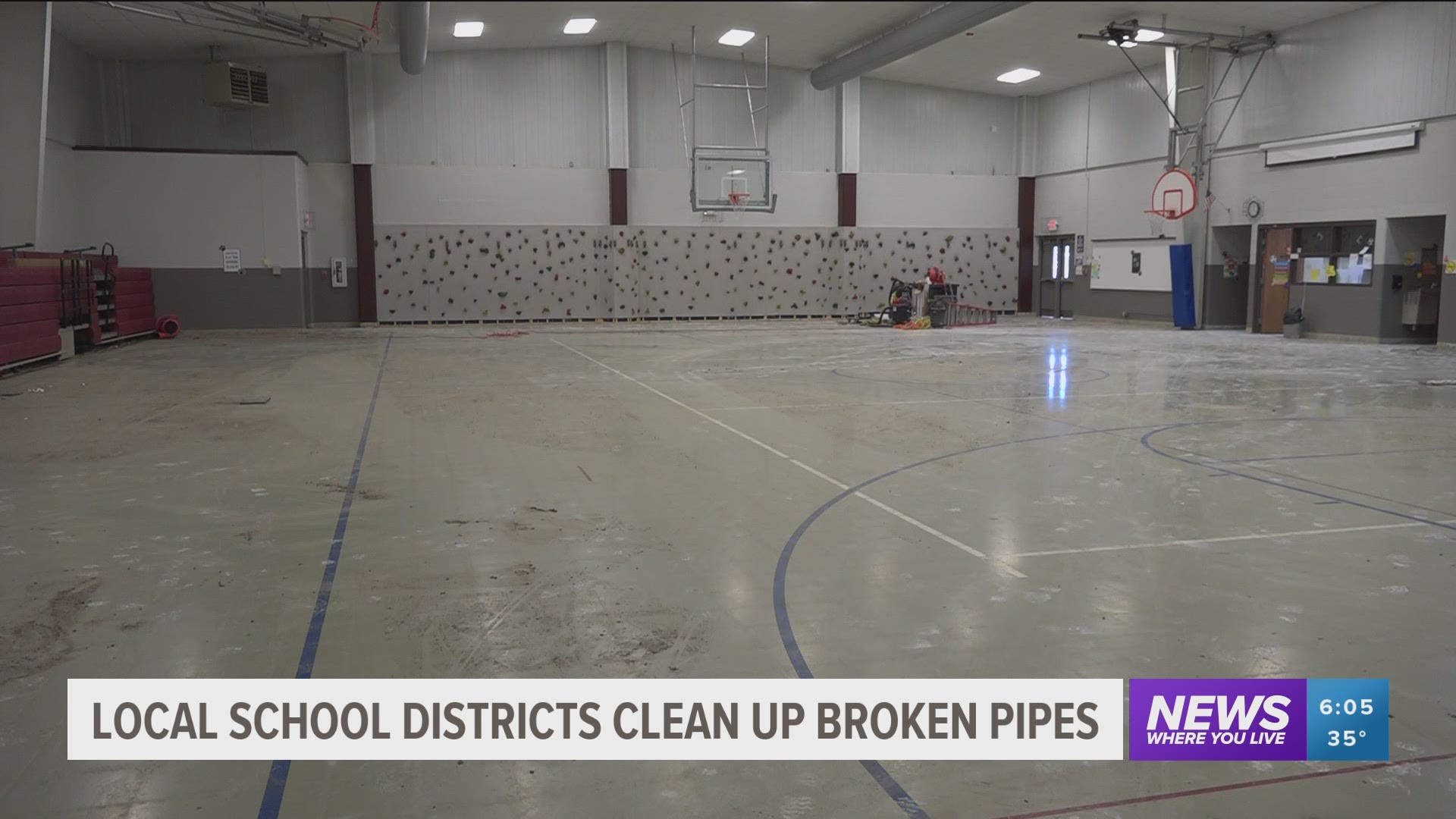 “We have actually had water issues at every building in our district,” Shane Patrick, Assistant Superintendent at Siloam Springs Schools, said.

“We had the water shutoff within 10 minutes of the line breaking. But because of the pipe, it was several thousands of gallons of water that went throughout the middle part of our high school,” Patrick said.

At the intermediate school in their Bright Futures and Panther Health and Wellness section of the building, a pipe busted in three places.

“We did lose a significant amount of our donated materials with our bright futures program, Patrick said. "Those materials were thousands of dollars of school supplies, backpacks, food, different things that we help our families throughout the school district with."

At Southside Elementary, a pipe also busted in multiple places flooding the gymnasium floor. That will have to be replaced. Patrick told 5NEWS their building was not designed for subzero temperatures.

“All of those areas were heated, but that significant cold that close to a wall, an exterior wall, you are just going to have issues, and unfortunately for us, we did," Patrick said. "We were able to mitigate those as quickly as possible."

The district doesn’t have an estimate yet of the total cost of all the damage, but they think it will end up being more than $200,000 district-wide. The district is thankful for their custodial crews and volunteers who have cleaned up the messes to ensure they can have kids back in the classroom on Monday (Feb. 22).

In the River Valley, the Cedarville High School was also flooded. On Thursday (Feb. 18), the superintendent says that the water line connecting to the sprinkler system busted, flooding classrooms and offices.

In Rogers, the school district also had pipes burst at several schools. Assistant Superintendent Charles Lee says they were fortunate that most of the damage was done to ceiling tiles, a little bit of sheetrock and pipes.

“The pipes have been repaired, but it will take us a little bit to get the actual ceiling tiles and sheetrock repaired, but in terms of being able to hold class and have instruction at the schools and have students there, we are ready to go," Lee said.

The Fayetteville School District says they have had a few pipes break, but all repairs will be made in time for students to come back on Monday. Springdale Schools also had some issues with frozen pipes, but those problems were are all fixed.