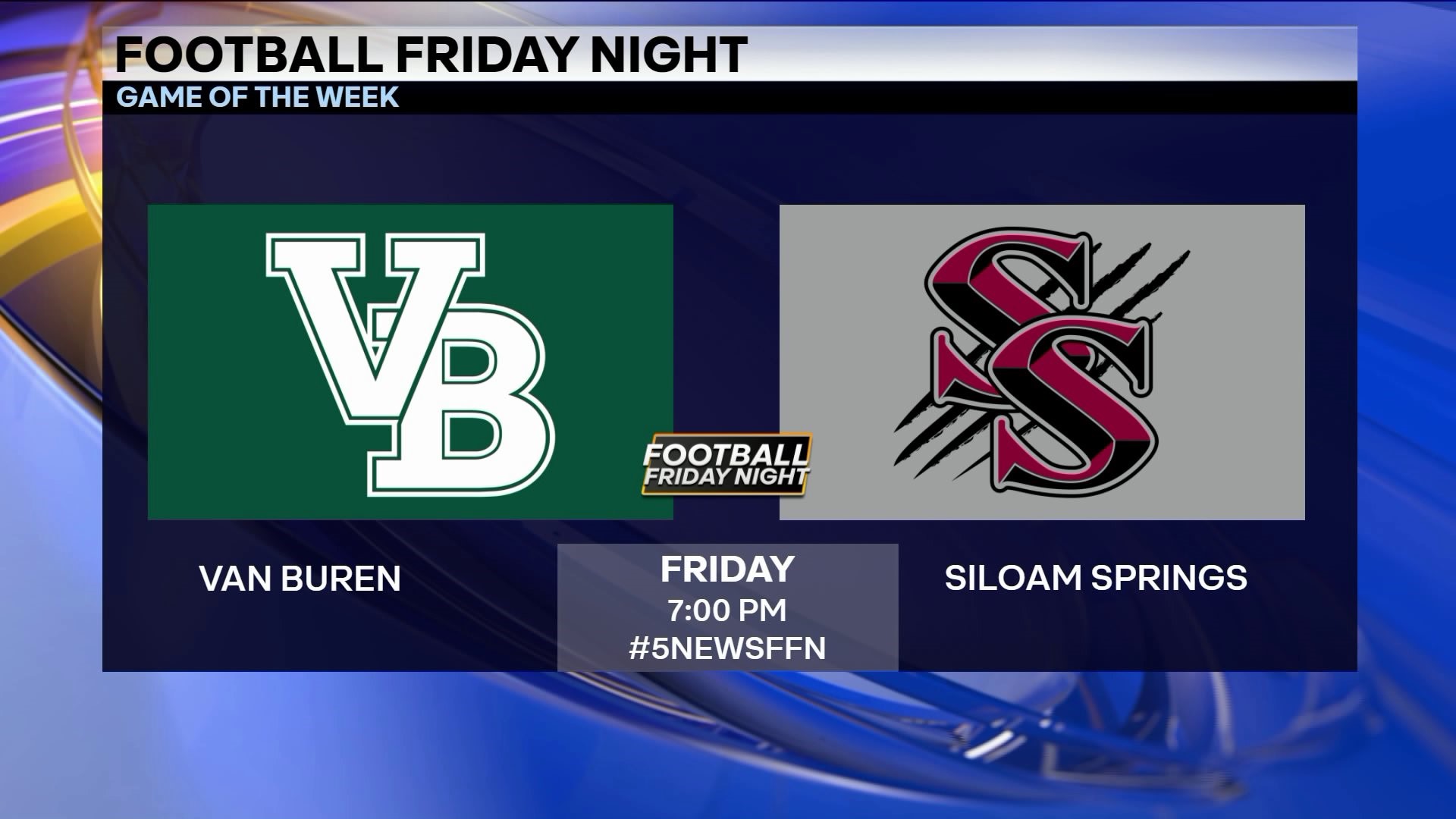 "I remember it being really close and really tight," Siloam Springs left tackle Jared Clark recalled. "Especially just how physical they were. I know they've improved, but I know we've improved also."

Van Buren plays for the first time in Crosby Tuck era with some new faces gracing the roster.

"They have a very talented football team," Siloam Springs coach Brandon Craig explained. "Very athletic quarterback. Good wide receiving crew. Solid up front on defense, they're going to be a handful for sure.">

Meanwhile, Siloam Springs looks for a third straight win against the Pointers returning size and strength.

"They're big, they're moving," Siloam Springs quarterback Taylor Pool said of his offensive line. "We've got a giant guard moving around. They look good."