Normally the City's water treatment plant draws water from the Illinois River. However, the water plant had been treating 100% reservoir water for the last week. 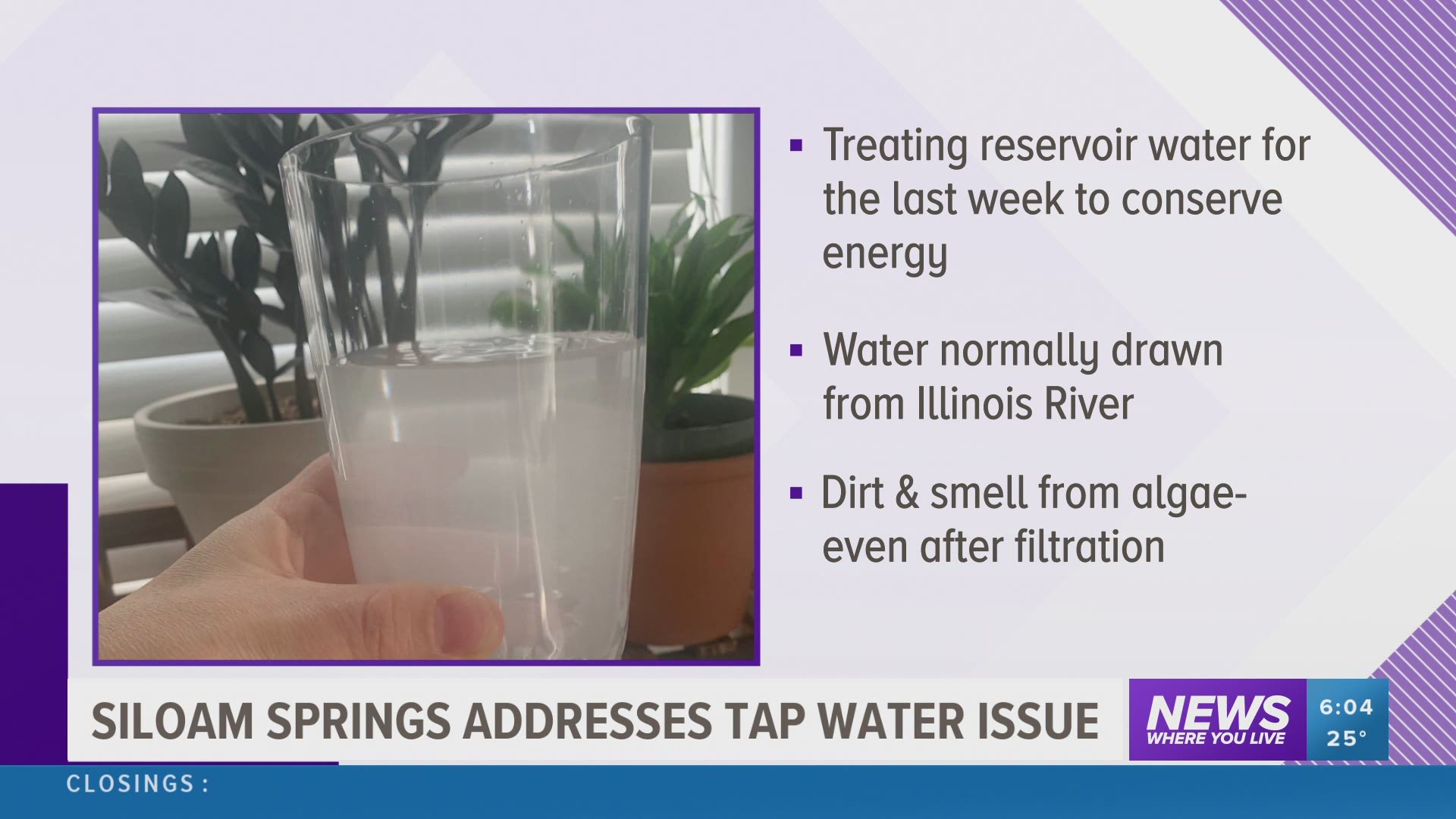 SILOAM SPRINGS, Ark. — The City of Siloam Springs has received complaints about City tap water smelling badly and being cloudy over the last week and officials are now addressing the issue.

The City said in a Facebook post that the dirt smell in drinking water is caused by a naturally occurring chemical compound called geosmin. It is produced by bacteria found in soil or it can be produced by algae.

Normally the City's water treatment plant draws water from the Illinois River. However, the water plant had been treating 100% reservoir water for the last week.

This was done to conserve power, as the river pumps are large electric users.

The reservoir water, like lake water, has algae. In this case, the algae is not floating on the surface but is in fine particles. The particles are removed through filtration, but the smell can remain even after disinfection.

Staff reverted to river water Wednesday (Feb. 17). The City says there are 22 water samples taken from customers’ homes monthly and are tested by the Arkansas Department of Health. The results of those tests have always been favorable, so any odor in the water does not impact the quality of the water.

According to the City, based on current demand, it will take about one week to replenish the water in the distribution system before the odor will go away completely.

There is also the possibility that the water will have a strong chlorine smell. This is normally cured by flushing the water lines in the system. However, during periods of cold weather lines are not flushed to prevent ice build-up on the ground. When temperatures increase flushing will resume in areas that experience a chlorine odor.