Djrags hopes to grow his passion into a career 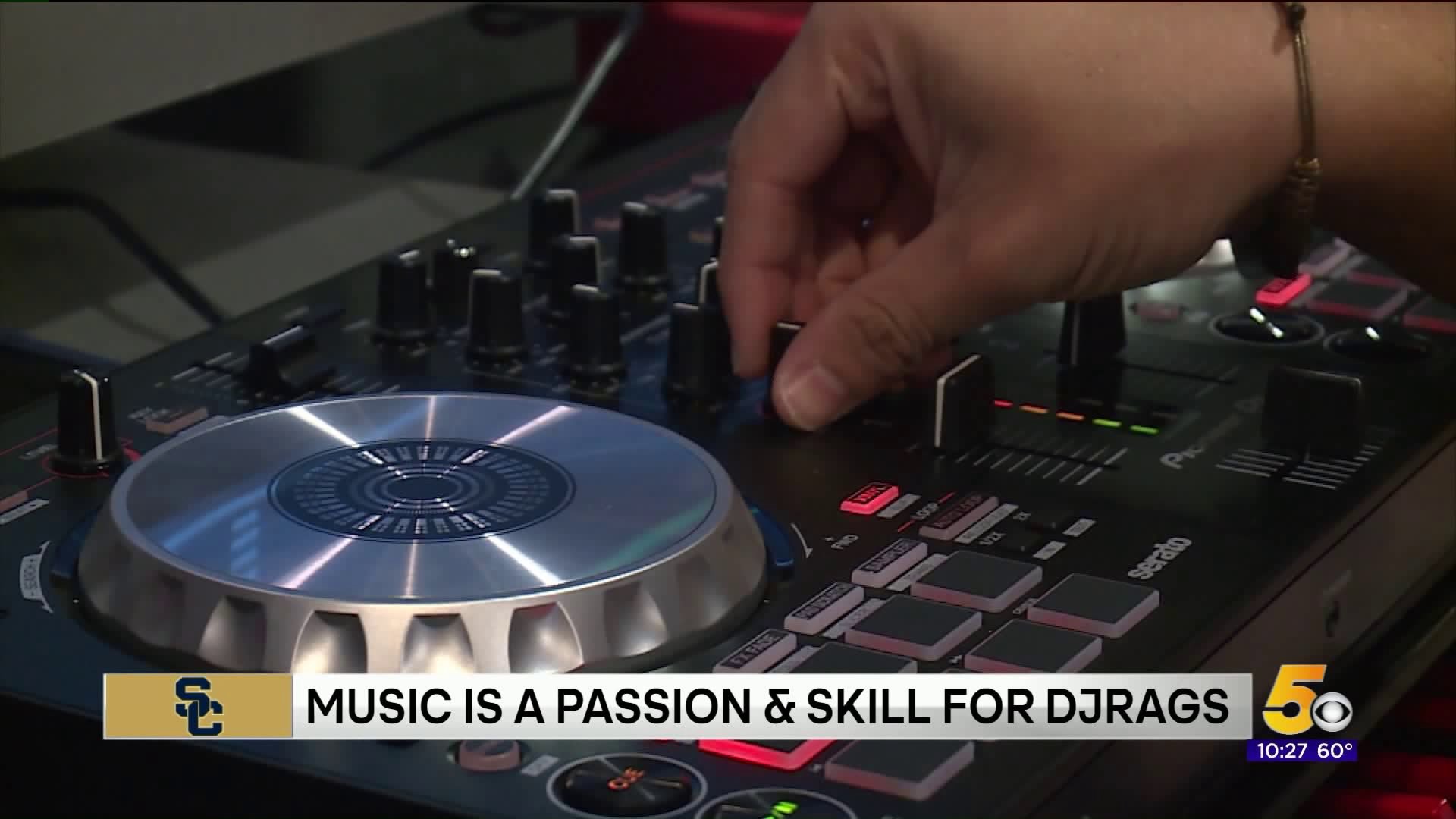 SPRINGDALE (KFSM) - Music plays a big role in football, from pregame playlists to halftime band performances. Many of the athletes themselves also play an instrument. But not too many make their own music.

Then again, not too many people are Jacob Ragsdale.

"It’s a lot of experimentation, just seeing what sounds good and what doesn't," Ragsdale, a senior at Shiloh Christian said.

"When I first got the trial version of the software, I would send [my cousins] over beats," Jacob reflected. "And looking back on them now, they were trash!"

Once Ragsdale got a grasp on the various software and began constructing songs, the next step was finding a name that would stick.

"It kind of started off like oh Djrags whatever," said Jacob. "And then it just kind of took itself off. And then all my friends started calling me that, they still call me that."

The name Djrags is one word because, "it flows better and it just works specifically for my name too because the first letter of my first name is J."

"A lot of the church leaders even call him Djrags now instead of Jacob," Jim Ragsdale, Jacob's father said. "But I think since he started doing the music I’ve sensed a lot of confidence and self esteem starting to grow quite a bit. He’s got a great personality."

"If I'm pleased with him, it's Djrags," Saints head coach Jeff Conaway said. "But if not, it's Jacob Ragsdale."

On the field, Ragsdale plays center for Shiloh Christian and snaps the ball to Eli Reece every week. The Saints are 5-0 this season and among the three schools favored to win a 4A state championship come December.

But off the field, Jacob is looking to future. Next year will bring high school graduation and the start of college, likely at the University of Arkansas or Baylor University. And with college comes a bigger opportunity to grow his music career.

"Kinda overheard some of the players talking about his hidden talents of being a DJ. He can mix it up I guess is what they would say," Conaway smiled.

"I'm learning piano cause I like when I have some credibility at least when it comes to the music side of things," smiled Jacob.

Ragsdale's music is available on Spotify and iTunes under the aforementioned name Djrags.

Shiloh Christian continues its 2019 campaign on Friday night at 7:00 p.m. with a game at Prairie Grove.