The crew of around 50 people from several different states deployed Sunday morning from Northwest Arkansas to help in any way they can. 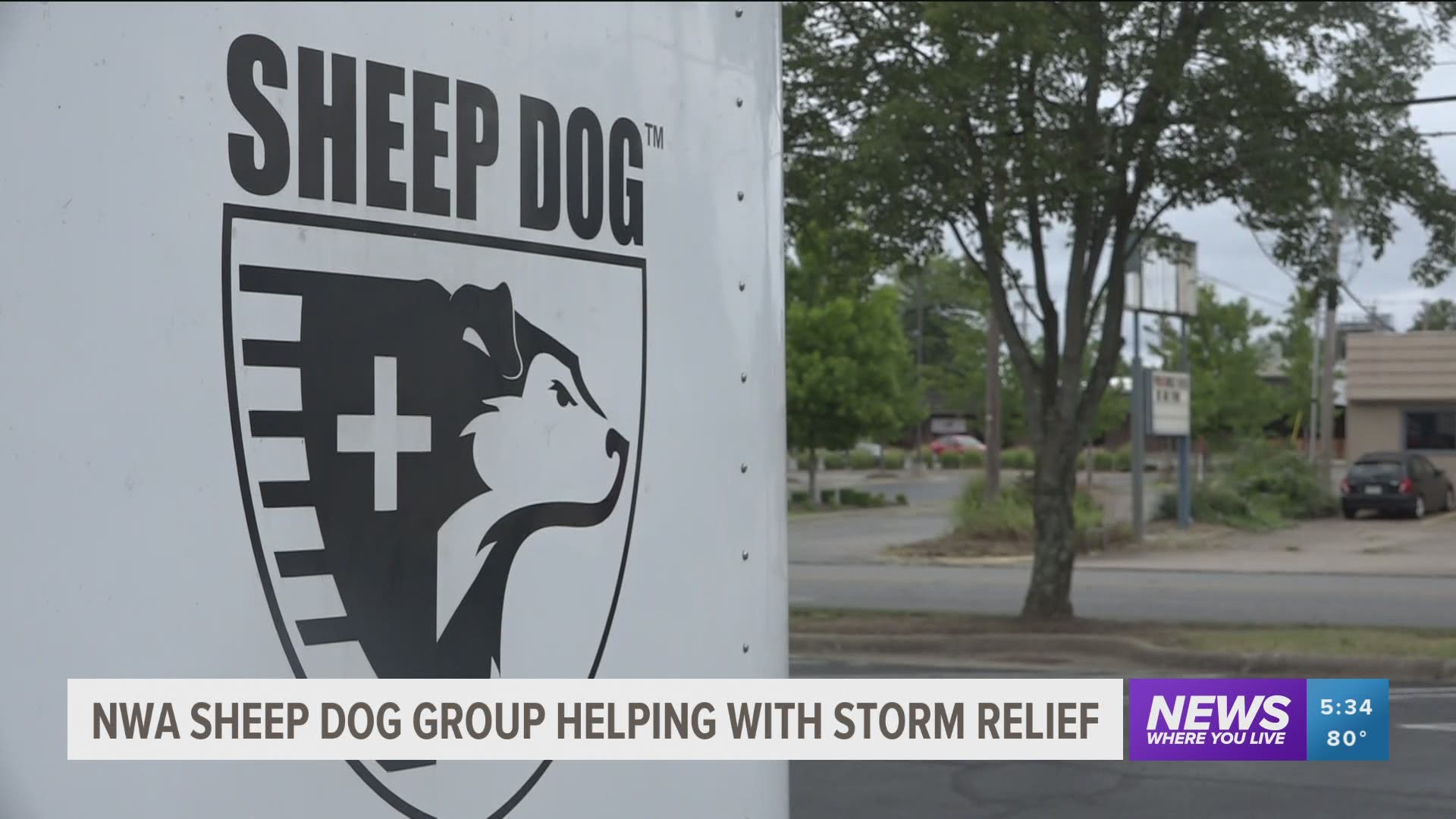 ROGERS, Ark. — Thousands in Louisiana are picking up the pieces of what Hurricane Laura left behind this week, and now volunteers from the local area with Sheep Dog Impact Assistance are on their way to lend a helping hand.

"We're going to be deploying down to DeRidder, Louisiana," Michael Nimmo, Sheep Dog ambassador, said. "Which a lot of attention is on Lake Charles, but for us, we want to hit those areas, those outlying areas, that aren't necessarily getting the attention they need."

The crew of around 50 people from several different states deployed Sunday (Aug. 30) morning from Northwest Arkansas to help in any way they can to those who experienced Hurricane Larua's destructive path.

"We're headed to assist primarily this first week with chainsaw work for down trees, down power lines," Sergent Major Lance Nutt, Sheep Dog CEO, said. "That will probably be the biggest focus over the next six to seven days."

Sheep Dog is a non-profit that exists to engage, assist, and empower those who have lost it all.

Nutt, the founder of Sheep Dog, told 5NEWS after clearing debris, the group will transition to clearing out homes that have been destroyed.

"Every disaster is unique, but it's also very powerful from the standpoint of, we coined the phrase, "helping is healing,'" Nutt said. "So, for a lot of the veterans and first responders that are deploying today, that's truly what it's all about. It's an opportunity to help during their greatest time of need."