For many, they didn’t realize their identity had been used until they received their unemployment claim letter in the mail. 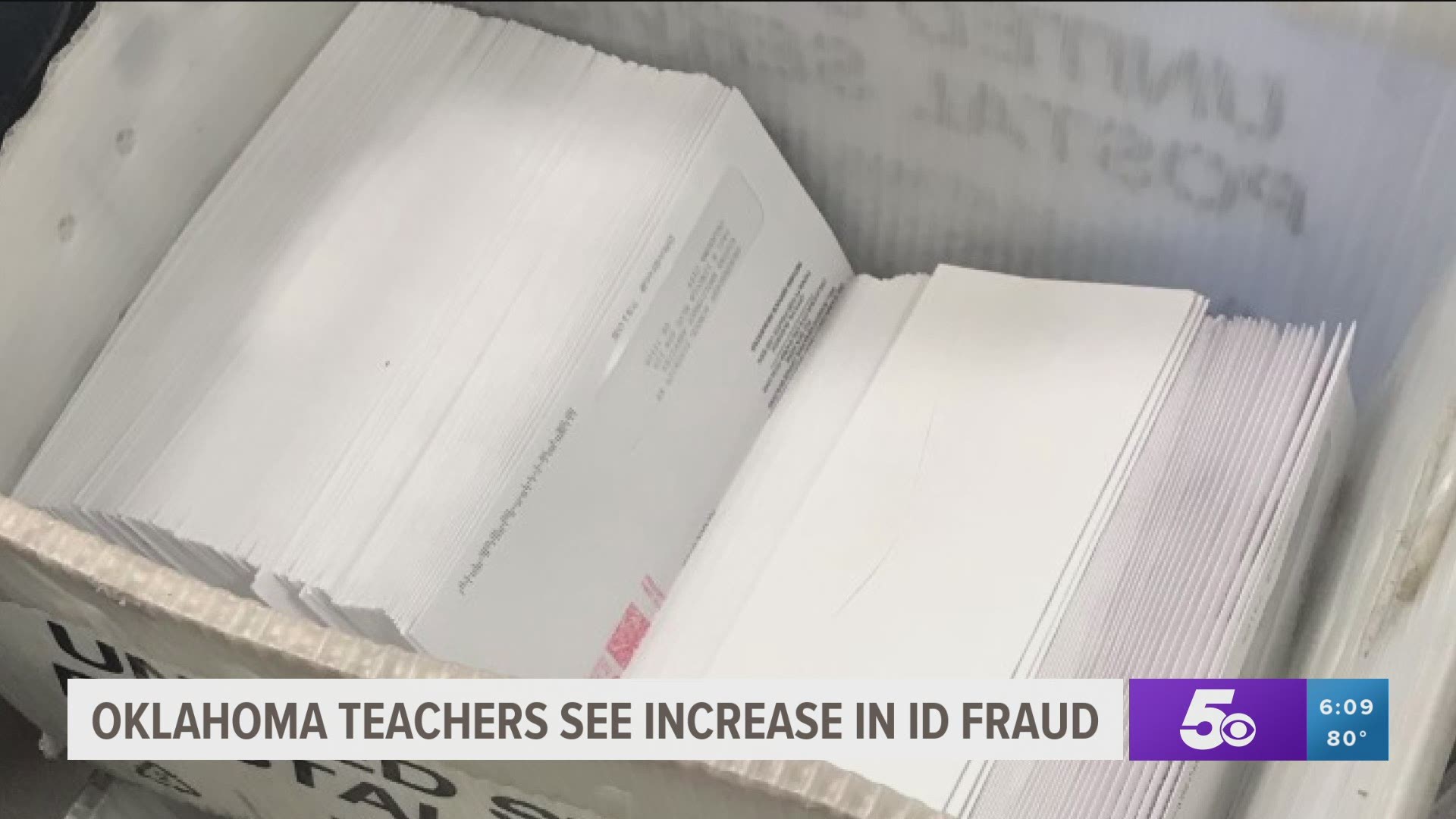 “We have a massive amount of fraud going on with regard to unemployment in Oklahoma, specifically with regard to public employees, teachers and other employees,” said Brandon Carey, attorney for the Oklahoma State School Boards Association.

Carey says for the last few months they have seen quite a few unemployment claims come in for people who are still employed, which has become a problem in many local Oklahoma school districts.

“Some school districts have had almost every employee's identity used to file a fraudulent unemployment claim,” Carey said.

For many, they didn’t realize their identity had been used until they received their unemployment claim letter in the mail. Carey says he was one of many who experienced this.

“I got a claim that indicated that I had filed for unemployment against my employer OSSBA,” Carey said.

He says he was shocked because he had even taken the recommended steps to help prevent and protect from fraud. Because of this, he says those committing the crime are pretty sophisticated.

The secret service is now investigating where the information leak could've come from as it has affected many schools across our area. 31 teachers in Poteau, 15 in Keota, 15 in Pocola, some in Stigler and 18 in Spiro have been victims of identity fraud.

Spiro Schools have around 100 employees so the fraud has hit about 20% of them. Linda Lashley says as a school, once they find the fraudulent claim it's a long process to retract it.

After working with the school, individuals then have to file with their local police department, notify the bank, mortgages and credit card companies and then notify the IRS.

Although it’s a scary situation for those involved, Lashley says once the fraud has been identified and the appropriate steps have been taken they're able to clear the names of those involved.

“I usually get a letter back from the Oklahoma Unemployment Security Association saying the claim has been dropped and it usually takes about 10 days,” Lashley said.