One person dead after semi-truck found submerged in Arkansas River

Deputies found the body of a male in a semi-truck that was submerged in the water almost the entire length of the vehicle. 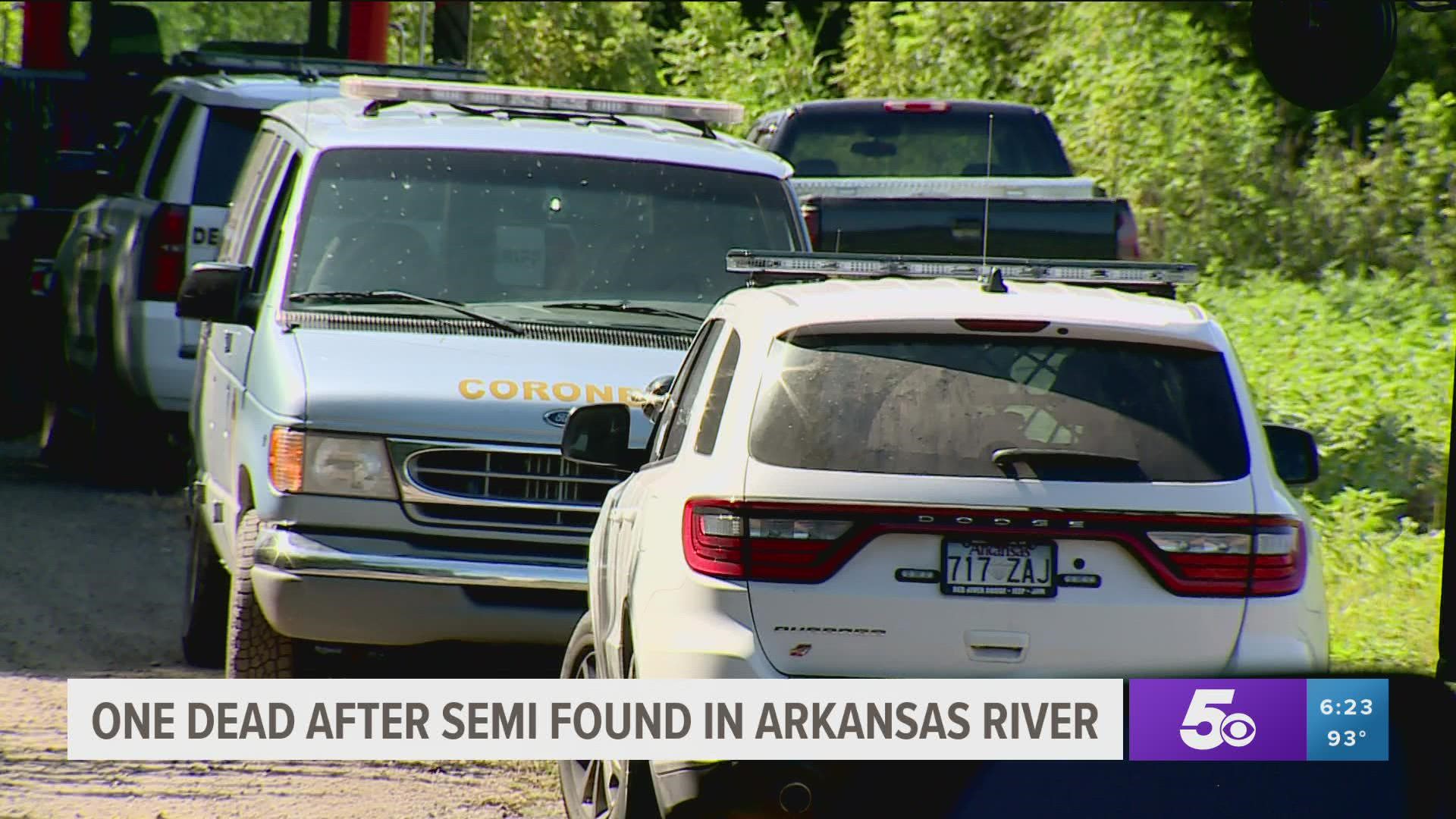 MULBERRY, Ark. — A semi-truck was found in the Arkansas River at Vine Prairie Park in Mulberry Sunday (Aug. 22) night.

Around 8:45 p.m., the Crawford County Sheriff’s Office (CCSO), Mulberry Police and Fire Departments responded to a report of a semi that had driven into the Arkansas River off of Vine Prairie Road.

According to Captain James Mirus with CCSO, after deputies arrived on the scene, they found a semi-truck and trailer that had gone into the water almost the entire length of the vehicle and additional resources were called in to assist.

A heavy haul wrecker service was contacted to respond to the scene and after working through the night, they were able to pull the truck and trailer out of the river.

According to Cpt. Mirus, after the truck was removed from the river, the body of a white male, who was deceased, was found in the cab. At this time the male is believed to be the only person in the vehicle at the time of the crash and the investigation into this accident is still ongoing.

The victim has been identified as Marcus Brian Hill, 55, of Ozark, Arkansas, according to Cpt. James Mirus with the Crawford County Sheriff's Office. His body has been sent to the Arkansas State Crime Lab for an autopsy.

No other details surround this incident have been released at this time.