SEC Rivals Square Off With Trip To Omaha On The Line 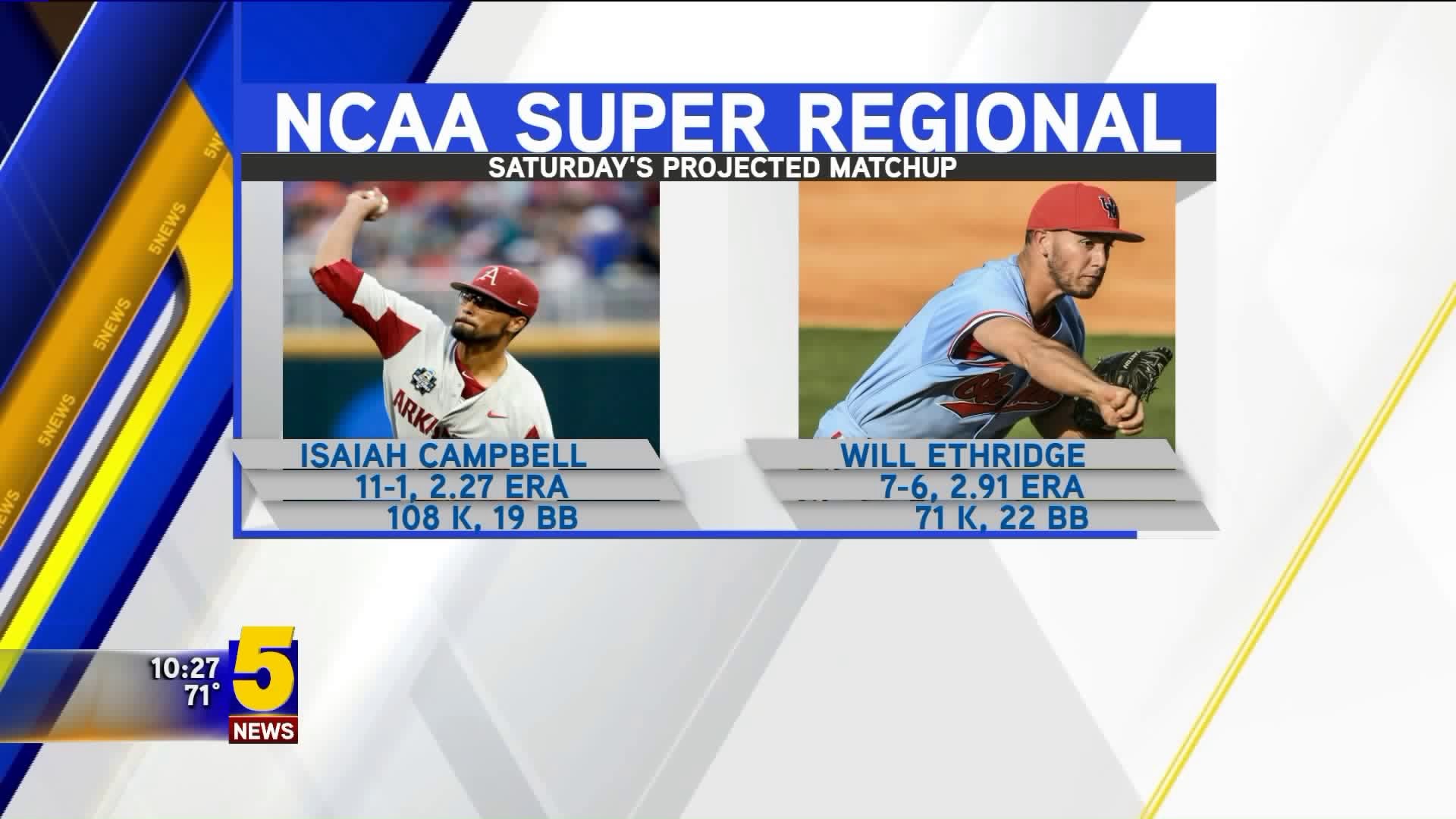 FAYETTEVILLE (KFSM) - For the second straight season, Arkansas is one of six SEC teams in the Super Regionals. And once again the Razorbacks face a conference opponent with a trip to Omaha on the line.

The team's have already played five times this year with the Rebels winning three.

"I remember the fact, they've got us three times to our two this year so we want to end up with a higher number," Arkansas grad transfer Trevor Ezell said.

They're good, they're red hot right now," added sophomore Casey Martin. "The main guys that start for them, they have good arms, good stuff."

The Rebels took two of three from the Hogs at Baum-Walker Stadium in late March, before the schools split two games at the SEC Tournament in Hoover.

"Credit to Arkansas too cause they can swing it really well and their pitchers are probably a little better than the pitchers we faced last weekend," Ole Miss junior Cole Zabowski said.

They've had our number as you know," said Dave Van Horn. "I mean we've had a hard time against them especially the last four or five years. So just try to find a way to get through the weekend."

"No more pressure, we're gonna play loose and free. We've played them five times, we know what they have they know what we have. It's just gonna be an all out brawl," Arkansas native and Ole Miss junior Zack Phillips explained.

"It helps because we know what they have but it also hurts cause they know what we have," Razorback catcher Zack Plunkett added. "But it goes both ways."

"It adds to the comfort level being out there cause you know what you're gonna get every time. They got a good offense, a good starting rotation," Rebels junior Will Etheridge analyzed.

"Oh yeah I feel like we've slowly heated up as the season's gone on. We've figured out some extra pieces to the puzzle and put it together," sophomore Heston Kjerstad explained.

Arkansas is seeking its second straight trip to Omaha and tenth in school history, while Ole Miss can get back to the College World Series for the sixth time and first since 2014.