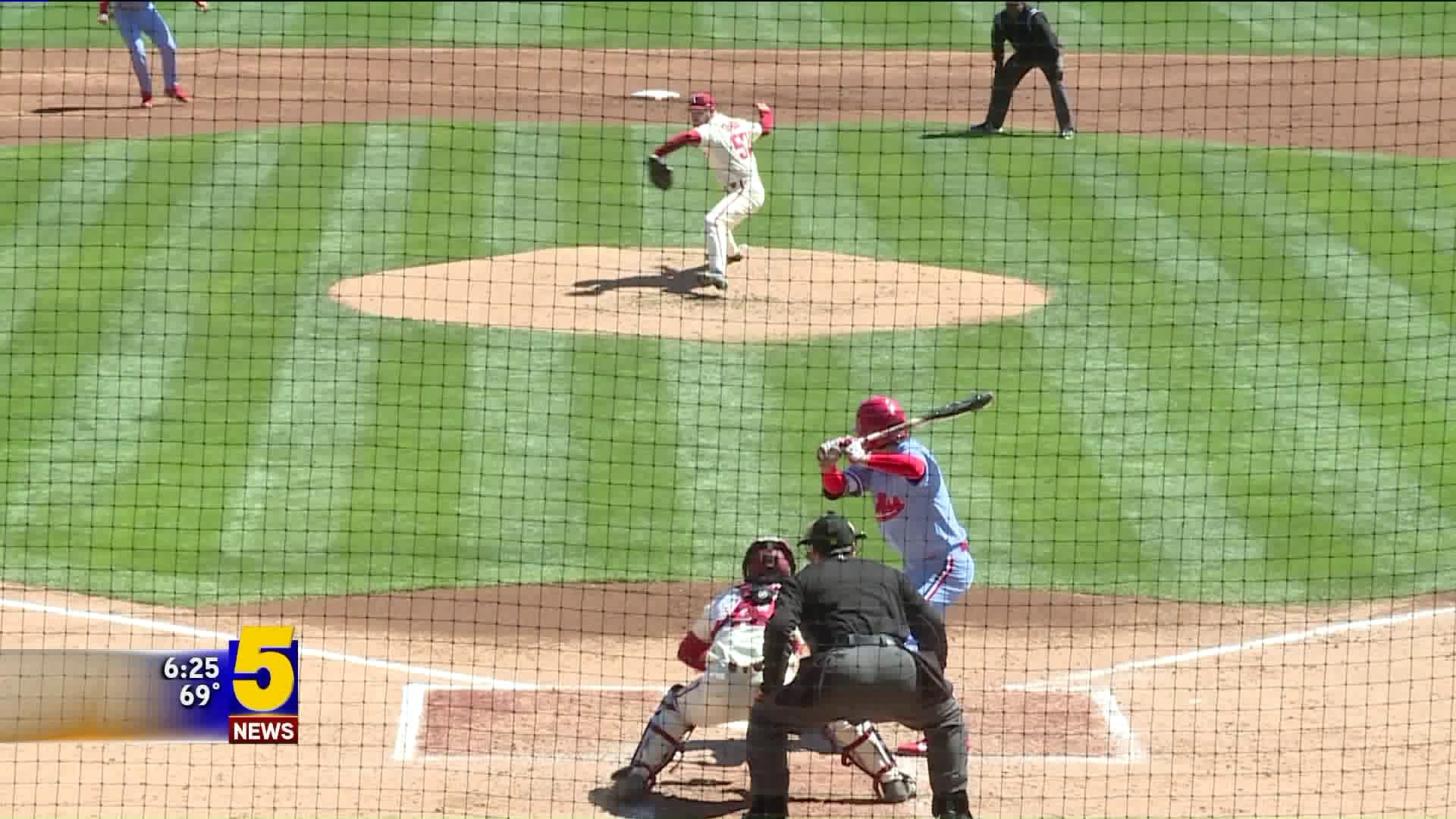 Starting as a two-sport athlete at Bentonville, he eventually fell into the world of baseball - where he started as an infielder for the Diamond Hogs. But like most times when you think you have it all figured out, life changed.

"We were doing some infield drills, and I just said hey, you pitched in high school, and I saw you pitch, and you threw the ball 90 miles an hour - right around 90 miles an hour," Coach Dave Van Horn remembered. "I said we'd kind of like to pitch you a little bit."

"He just said I'll do whatever I gotta do to get on the field," Van Horn explained. "He threw a 20 pitch bullpen after that practice. Coach Jorn did it with him and he called me and said he probably threw 18 strikes. He was at like 88-89 miles an hour."

After just three appearances on the mound his sophomore season, Scroggins had another setback.

"When I got Tommy John, it sucks. Tommy John sucks," he recalled. "It's one of those things in your baseball career that you're just gonna have to go through - but it's just hard work pays off. You gotta rehab every day. You can't have a bad mindset every day."

As a redshirt junior, Scroggins has seen time as both a starter and reliever - tallying 53 strikeouts in his 43 innings pitched this season. But before he wrapped up his career at Arkansas, he had one last surprise in store - getting drafted in the ninth round by the Boston Red Sox.

It's been a process full of twists and turns, but the Bentonville native wouldn't have it any other way.

"My journey here has been crazy from being an infielder to getting Tommy John to pitching the College World Series to getting drafted [Tuesday]. I have no words to explain how amazing my career has been."