Police believe the driver of the scooter didn't see a stop sign and collided with another vehicle. 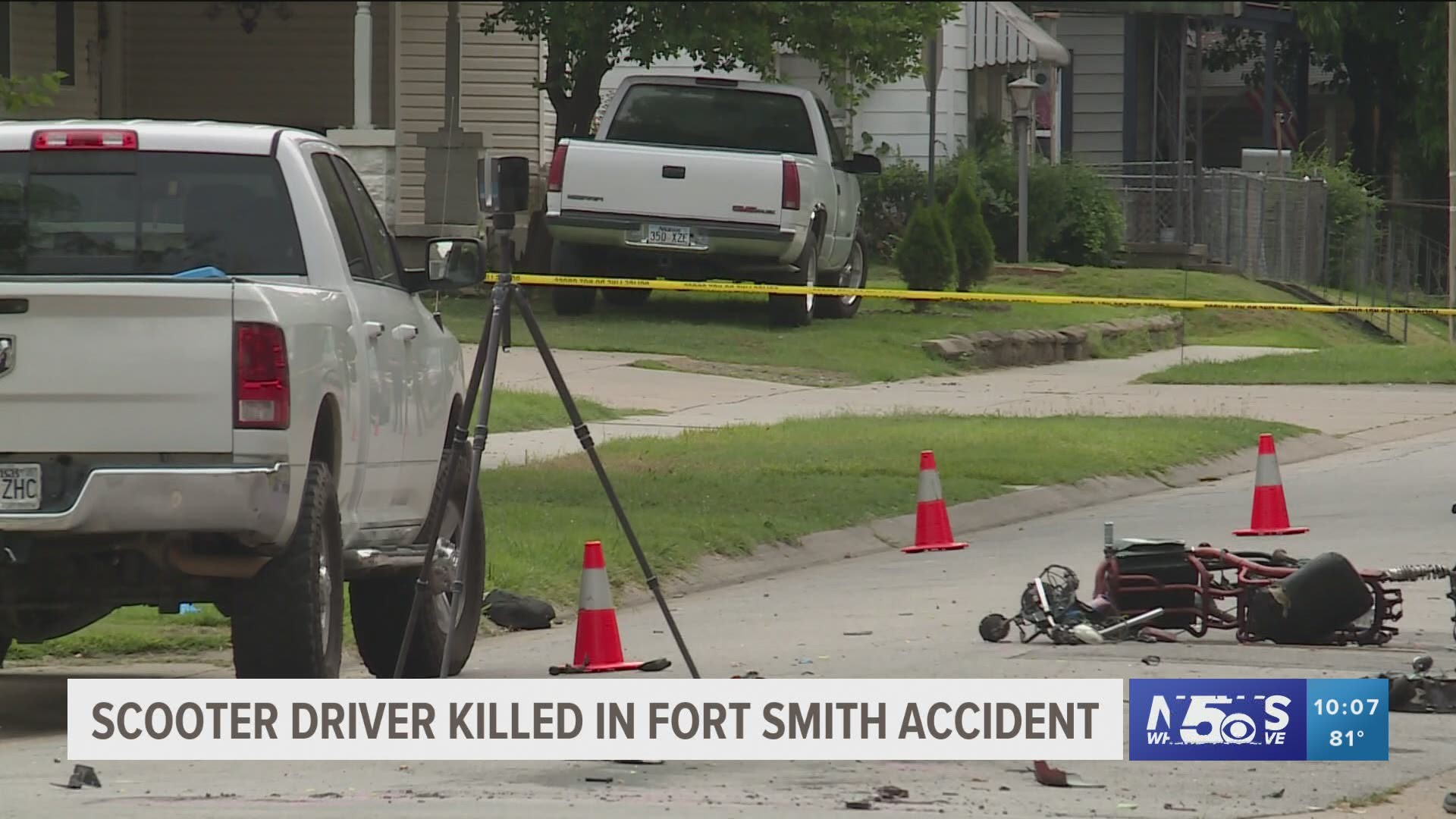 FORT SMITH, Ark. — One person is dead after a scooter and truck collided in Fort Smith.

At 4:00 p.m. Tuesday, July 27, the Fort Smith Police Department received a call about a crash involving a truck and a motorcycle-scooter hybrid vehicle. The wreck happened near the intersection of South 18th Street and D Street.

The scooter driver was taken to the hospital, where they died of injuries caused by the crash. The driver of the truck was not injured.

The scooter driver has been identified as 54-year-old Wayne Dunmire Jr.

Police believe the driver of the scooter didn't see a stop sign and collided with the truck. The truck driver had the right away and did not see the scooter due to building obstructions.

Officers told 5NEWS at the scene that they do not believe any impairment to be involved, but an investigation into the incident is underway.