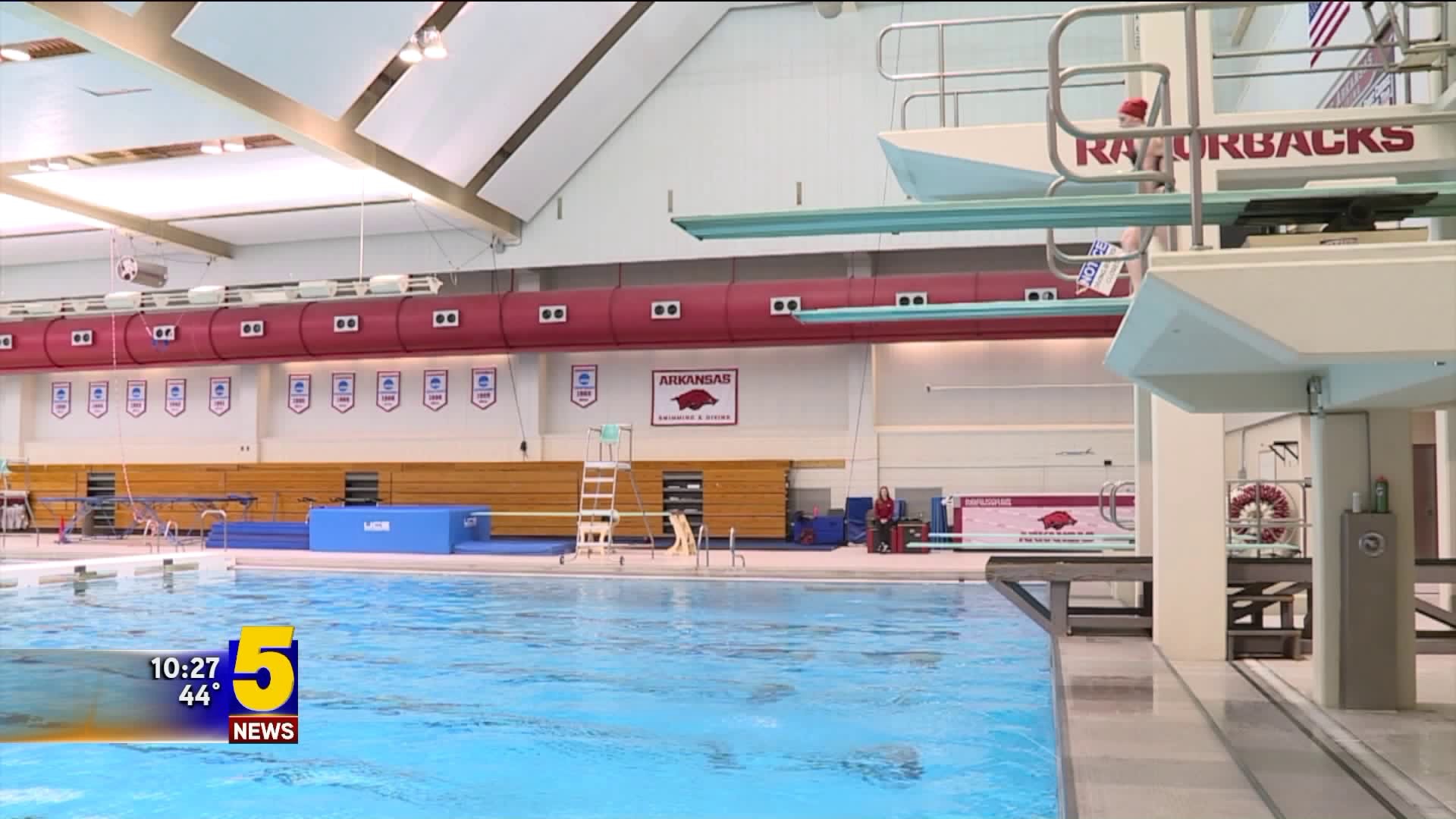 FAYETTEVILLE (KFSM)--Typically, sophomore athletes aren't considered veterans. But Arkansas diver Brooke Schultz has been around the block a time or two.

As a freshman, Schultz won the NCAA 3-meter title, and captured first place in the 1-meter consolation final.

"College diving is different than anything else I’ve done because you’ve got this whole team around you that it just adds a different aspect to it," Schultz said. "Because you’re competing for yourself but you’re also competing for the team more importantly."

But at this stage of the season, it's all focused on individual success. Schultz's father Dale has coached and supported Brooke for the vast majority of her career.

"She had actually committed to me at the University of Florida when we were there," Coach remarked. "And then we discussed, hey we have a chance to go back home [to Fayetteville], this being home for my kids. And she said the only thing that’s gonna change is where I train and where I go to class."

Diving wasn't always the sport of choice for Brooke.

"I did gymnastics and then I quit, and my brothers and I would just come in and play. Play in the pool. And I was like oh whatever, I’m still not gonna be a diver," Schultz laughed. "And here we are ten or eleven years later."

When asked why Schultz specializes in the 1-meter and 3-meter events, the answer is simple.

"Yeah I never wanted to touch the platform. I was always like, I’m good. It’s always kind of scared me a little bit," Schultz said.

As Dale recalled, "She came to me and said if I have to dive platform, I quit. [But] I think it’s really important to specialize in one area, especially if you’re gonna compete internationally."

Brooke's already dove at meets around the globe, ranging from Italy to Hungary and Taiwan. All that experience does is boost her chances come next summer.

"She’s got a legitimate shot to make the olympic team," said Dale. "Very rarely do you see an athlete that does springboard and platform at that level."

For Schultz, the near future involves attempting to win another one or two NCAA titles in Austin later this week. The next year and a half could be hectic, as the Fayetteville native attempts to qualify for the 2020 Summer Olympics in Tokyo.