To maintain social-distancing, the Alma School District and many others have switched to one-way traffic in their hallways. 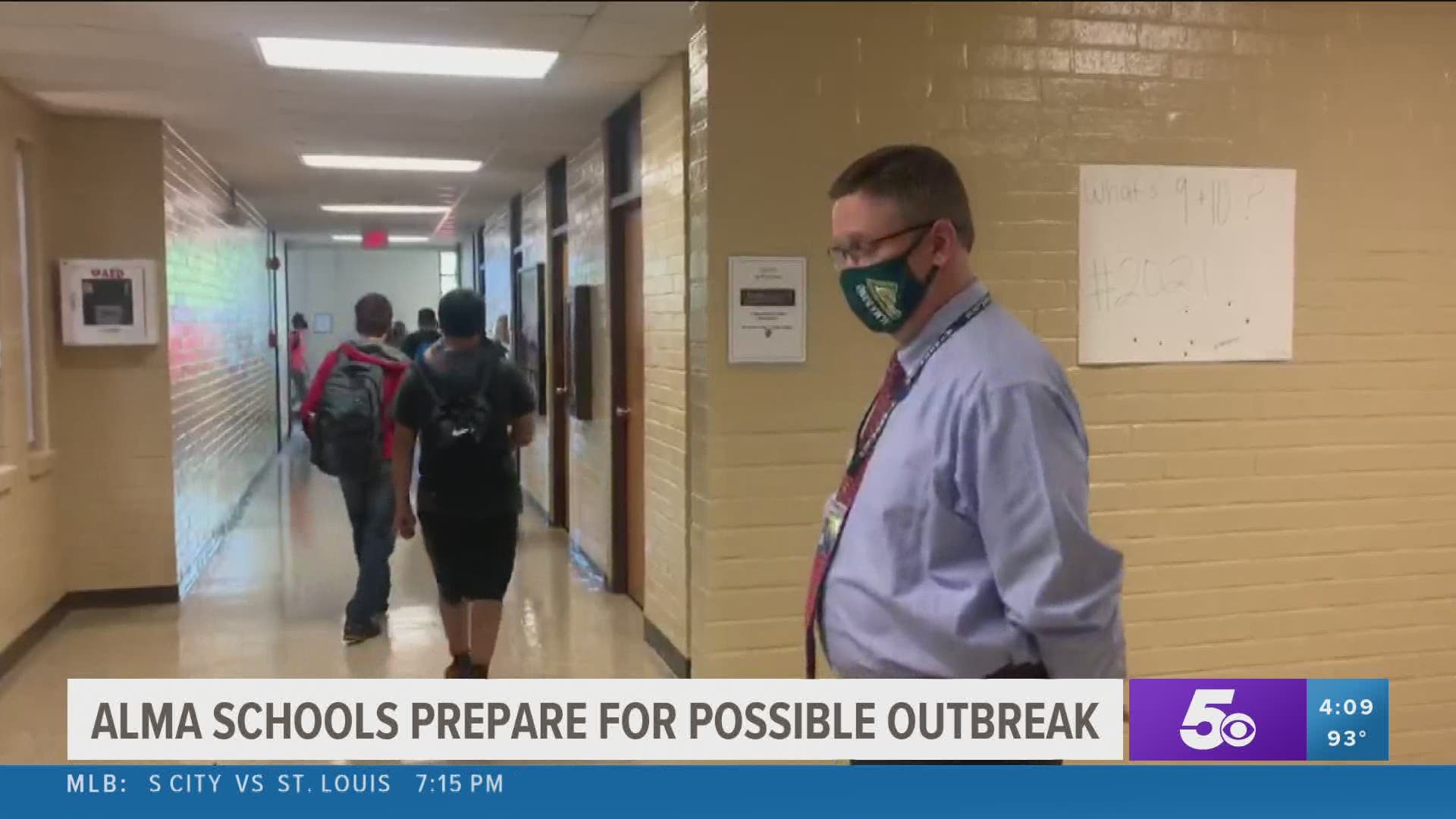 ALMA, Ark. — To maintain social-distancing, the Alma School District and many others have switched to one-way traffic in their hallways.

Alma High School staff told 5NEWS the first day of school went well and other than having to wear masks and social-distance, it felt like a normal day, and they were excited to be back.

Along with social-distancing and wearing masks, many precautions were taken throughout the day, such as newly directed one-way hallways, wiping down desks between classes and reduced number of students seated at each cafeteria table.

According to David Woolly, Alma Public Schools Superintendent, both kids and teachers seem to be following all rules and taking precautions.

Woolly said the only minor hiccup they had was traffic at the primary school due to the influx in car-riders opposed to bus-riders, and that the school already has a new plan in place.

“At the primary school, we are shifting from just driving through and picking up to allowing parents to do that or park their car and come into the building to get their child. And between those two things, that will be a much smoother operation and allow more people to get in and out of the parking lot much faster,” said Woolly.

About 75% to 80% of Alma School District’s students are learning at school, while the rest are doing school virtually.

Families were able could come by on Tuesday (Aug. 25) to pick up their chrome books for virtual school.

Students enrolled in virtual school can still participate in on-campus activities, which is the same for most schools in our area.