Scammers stole nearly a half-million from the bank accounts of cities across Arkansas. 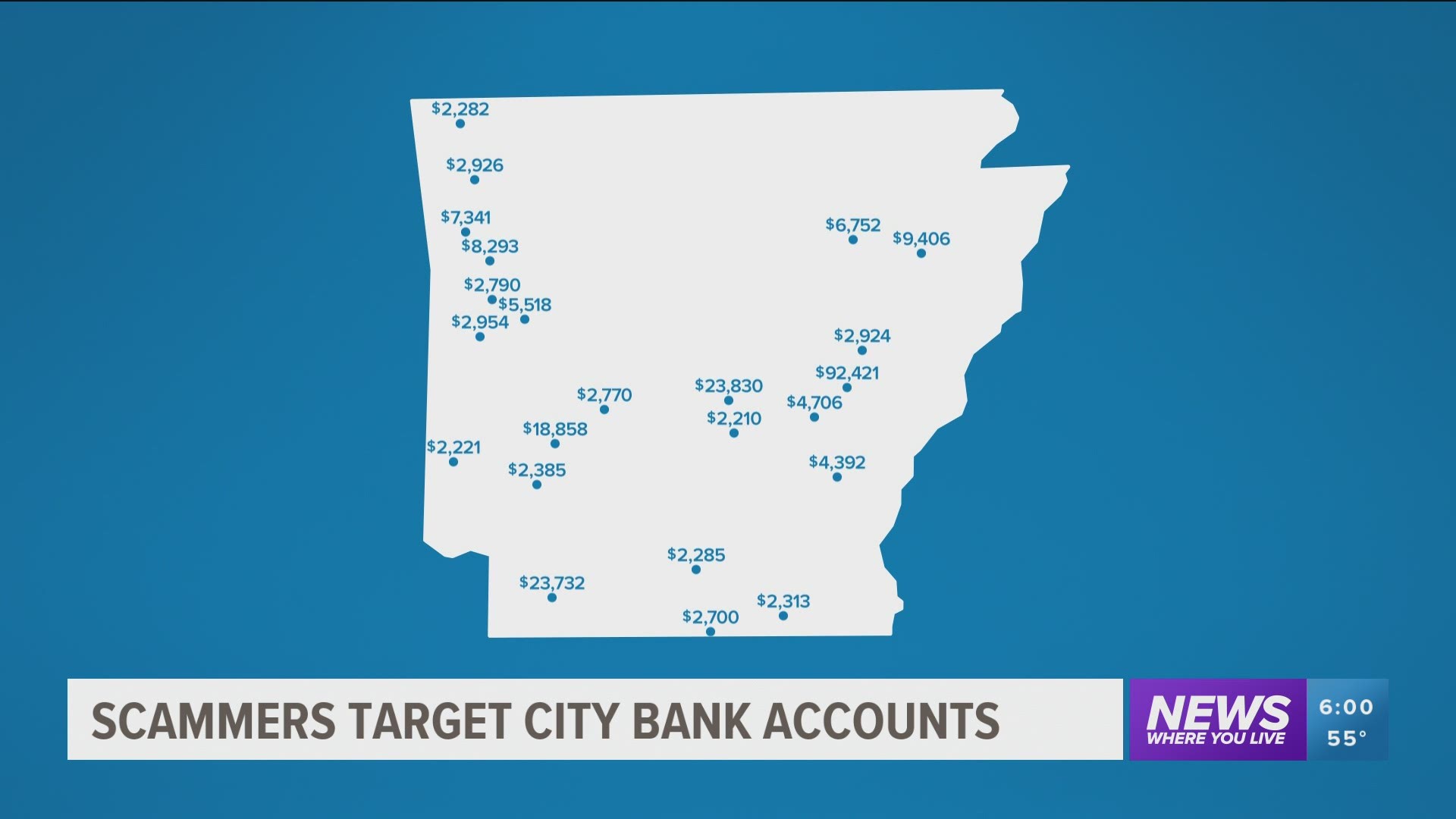 ARKANSAS, USA — Scammers stole a half-million dollars of taxpayer money by tapping into the checking accounts of cities in Arkansas.

The investigation into how this happened stems from a report published in 2018.

The scammers were getting a copy of checks, counterfeiting them, forging a signature and cashing them at banks across the country.

It was uncovered that the same scam targeted 130 cities across Arkansas. Alma, Dyer, Greenland, Magazine, and Centerton were among those cities.

"It was just changed enough that with a quick glance at it, you wouldn't realize it was one that wasn't ours," Centerton City Finance Director Pam Grant said.

Grant caught a fraudulent check that was cashed from Centerton's city account, totaling $2,281.50. She did this by doing her continuous balancing of the city's accounts.

The Secret Service is investigating these crimes but wouldn't say anything further.

Questions remain as the investigation into the scammers continue.

City leaders want to know answers to questions such as, who is behind the scam, and how are they getting a copy of the checks to make a counterfeit?

In the case of the City of Centerton and almost all other 130 city accounts, the money was returned by the bank.

The fraud was caught early, and each bank returned the money to the cities.

Though, money was not returned to the city of Clarendon, Arkansas, due to a bookkeeping error. The city's mayor said the mistake went unnoticed for too long, and the bank would not return the nearly $90,0000 in cashed fraudulent checks.

The amounts taken from each city, while sometimes more, were usually a couple thousand dollars at a time.

An investigator with the Centerton Police Department said the criminals would use low amounts in hopes no one would notice the money went missing.

"On the criminal's side, if they take large amounts of money, it is going to throw up all of the red flags. This gives them the window of opportunity to where they can take these smaller amounts of money through multiple channels and gather the larger sum they are looking for," said investigator Michael McCallister.

RELATED: When can you expect your tax returns?

RELATED: Did you get this text message from your bank? Check your account now