Tigers Have Never Been To Quarterfinal Playoff Game

SALLISAW (KFSM) – Sallisaw Central has never been past the second round of playoffs. Last season, the Tigers were hoping it could be the year to change that. The cards didn’t fall in their favor when they lost to Hulbert 50-27 in the first round.

Now, Central is putting the past in the past and bringing back an experienced team with a drive to make history.

“The team chemistry, the leadership, the hard work – they do those things, anything can happen for them,” said head coach Jeremy Thompson.

Expectations are high for the Tigers – who are returning 10 offensive players and 9 defensive players. The team describes it as having coaches in the line, and now they can focus on perfecting plays instead of just learning them.

“It’s a lot of install and review from the previous season,” Coach Thompson explained. “What’s awesome is that they know everything that we’re talking about. We’re just getting better every day, and that’s our goal.”

Along with knowledge of the game and plays, experience brings a brotherhood that only time together can build.

“We have great leadership on this football team. They’re together everywhere they go,” Coach Thompson mentioned. “They’re always together, and that’s something that you love – your team chemistry is great. The ability they have is amazing.”

Even in the first few practices, it’s easy to see the team speed across the board on both offense and defense. The Tigers are using their strengths to set goals.

“Every year, we expect to be district champs,” Coach Thompson said. “That’s what we shoot for. To make a deep playoff run.” 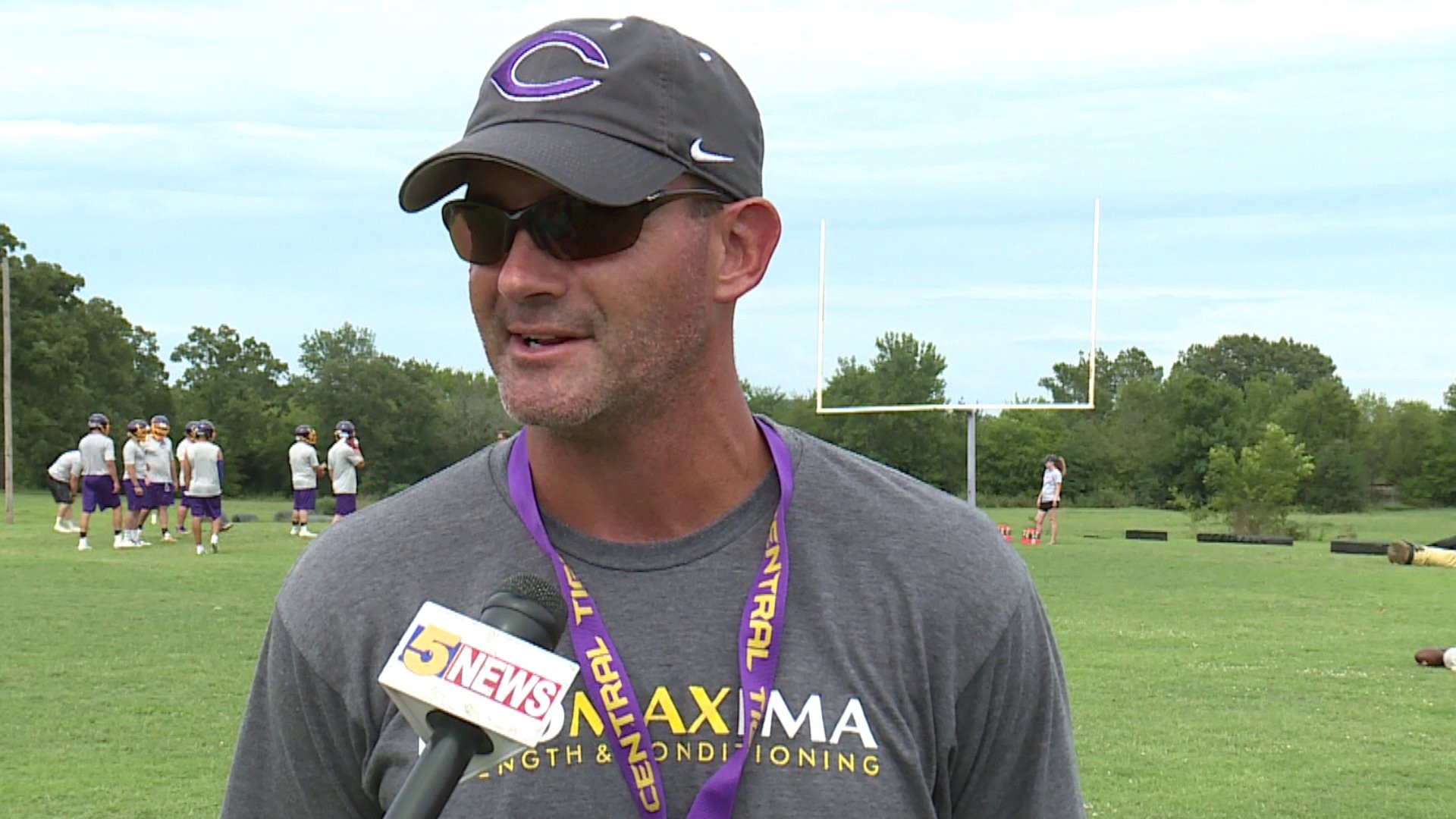 And of course, all eyes are set on a game that has never had Sallisaw Central compete in before.

"That's a big goal for us. We want to play in that quarterfinal game," Coach Thompson said. "From there, anything can happen."

With skill and determination comes winning, and the Tigers hope to have a whole lot of that as they look to prove that they have what it takes.

"It will be a lot of excitement. We're going to be fun to watch on offense. Lots of weapons out there," Coach Thompson explained. "Experienced offensive line. Defensively, we want to create turnovers and big plays on defense just like we do on offensively, so we could be real exciting to watch."