Fire Chief Tom Jenkins says some early indications made them suspicious of the origin of the fire. 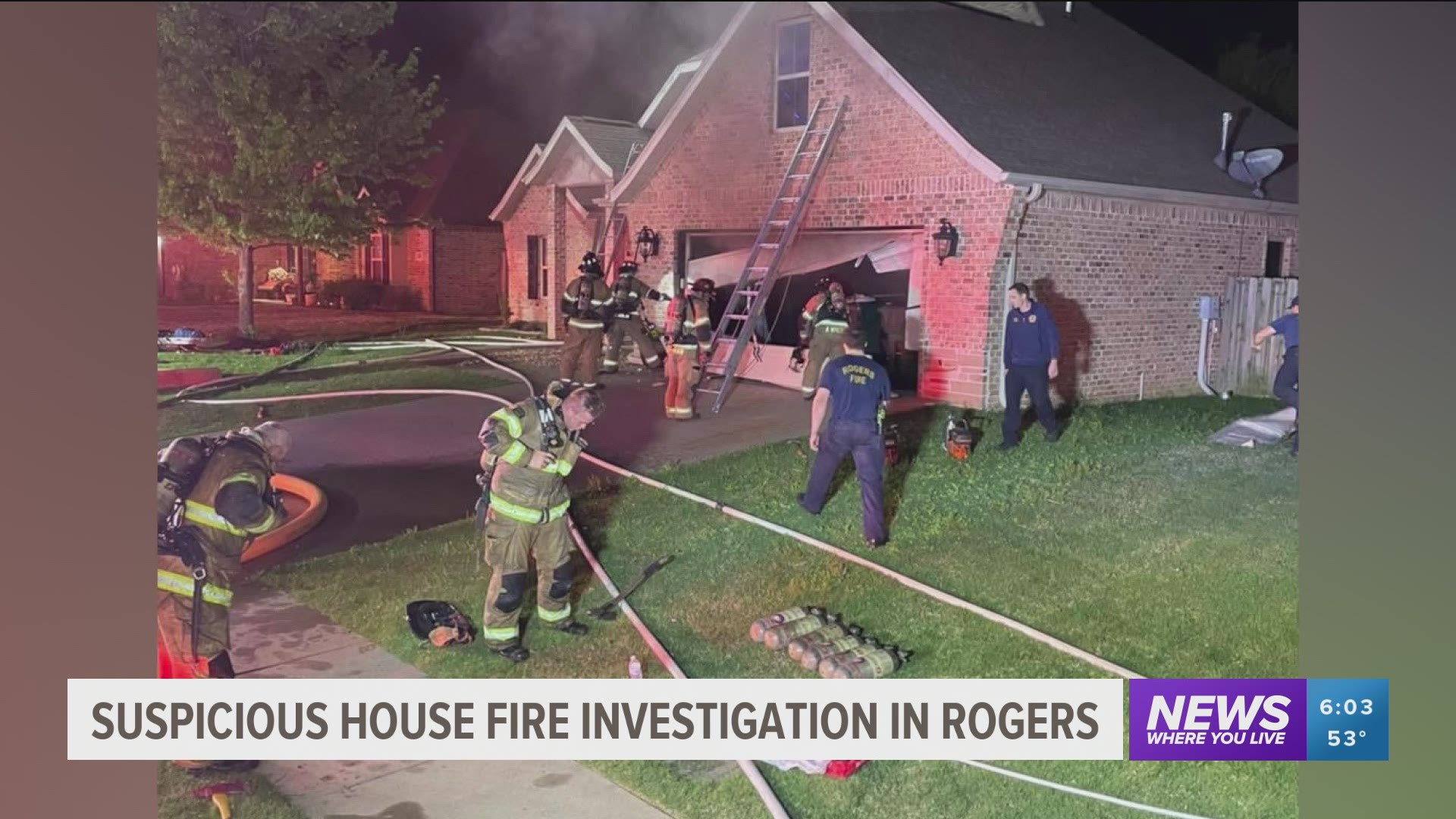 “I immediately put my car in park in the middle of the road, got out, and started running to the neighbor’s house banging on the doors,” Tiffany Joliff said.

Tiffany Jolliff was on her way home from a soccer game and noticed what she first thought was fog as she was driving into her neighborhood. But once she rolled down her window, that’s when she knew there was a fire.

“I noticed the garage door. It was a creamy color. There was smoke coming out of it," she said.

It was around 8:40 Monday (May 10) night when the fire department got the call and responded to the house on Lexington Drive within minutes.

“I was fortunate that my instincts told me to actually call, and luckily no one was in there, and everyone was safe,” she said.

Once firefighters got on the scene, they say there was a lot of smoke coming from the back of the house. Once they got inside, they found two rooms on the first floor on fire.

Fire Chief Tom Jenkins says they were able to put out the flames quickly. He says some early indications made them suspicious of the origin of the fire.

“While we don’t know exactly what caused it and who might be responsible, our arson investigators and fire marshals are working with the criminal investigation division of the Rogers Police Department to conduct a very thorough investigation of the scene,” he said.

“We always try to enter these situations with an abundance of caution, and of course, if something criminal did happen there, we want to find that out sooner rather than later,” he said.

No one was injured in the fire.

WATCH: Driver traveling north in the southbound lanes of I-49 kills 1, injures 3