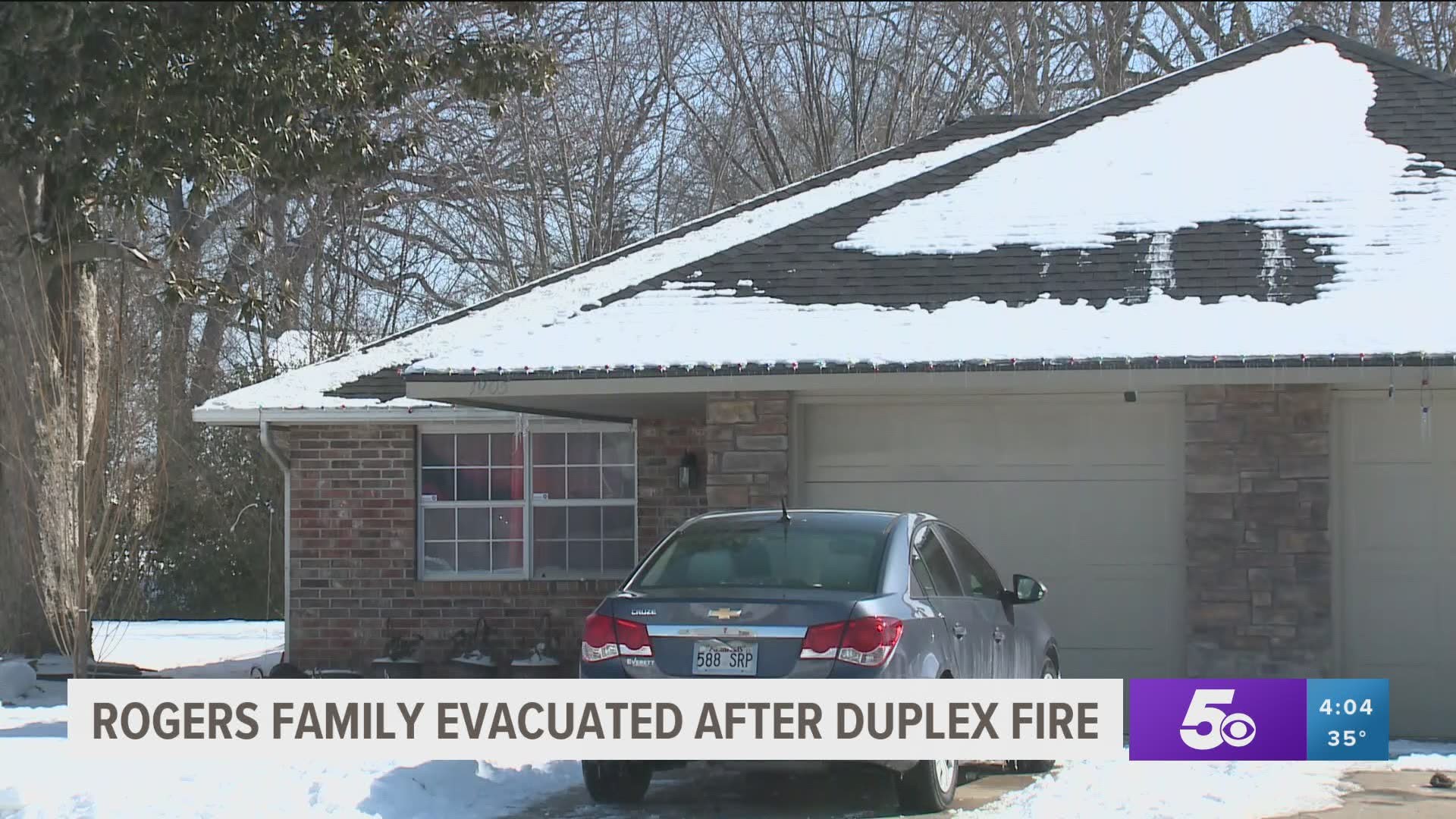 Rogers Fire Capt. Joey Everhart says there was a family inside the home at the time of the fire.

The flames were successfully put out within 5 minutes, Everhart said. Crews stayed for about an hour to make sure the fire was fully out before letting the family return to their home.

What sparked the flames is undetermined at this time, but the fire department says it was located between the kitchen and the living room.

There was minimal damage, and no injuries reported to the occupants of the duplex or fire crew. The other attached duplex had slight smoke and water damage.

RELATED: 1 dead, another taken to the hospital after Fort Smith fire