The group says that they are making the best of the situation and are anxiously awaiting what Hurricane Delta brings. 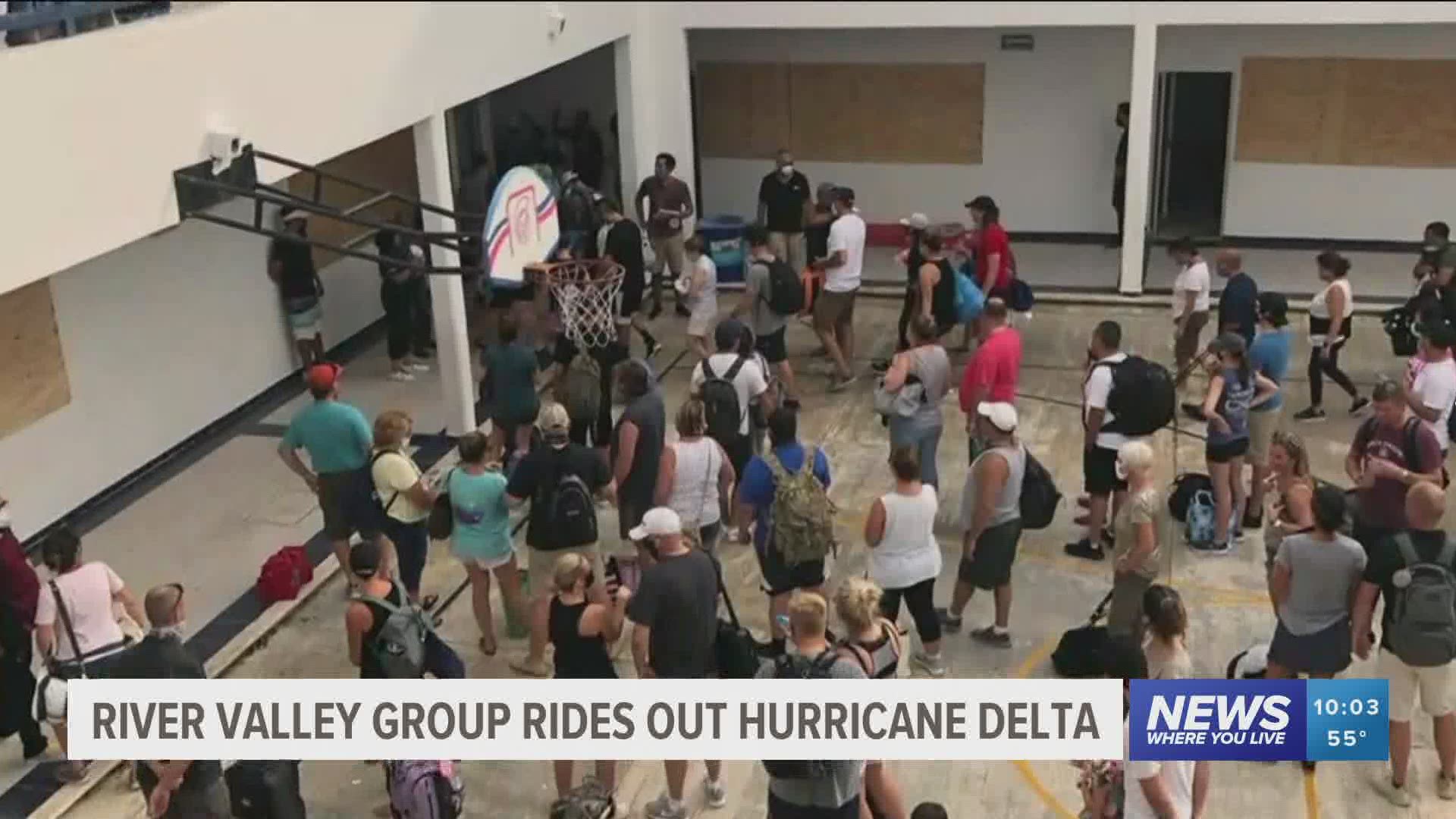 FORT SMITH, Ark. — 12 people from Fort Smith and Pocola, Okla. are stuck in Mexico riding out Hurricane Delta as it hits the Yucatan Peninsula.

The group arrived in Cancun, Mexico, on Sunday (Oct. 4). They stayed at the SECRETS Playa Mujeres Golf and Spa Resort when they were evacuated due to hurricane Delta on Tuesday (Oct. 6). A letter was given to guests from the hotel and after consulting the Mexican authorities, letting guests know they should plan to book flights home immediately if possible. The letter also explained if plans to return home were not immediately doable then they would be taken to a shelter for safety.

Another letter read, "Dear Guest, Due to the imminent pass of Hurricane Delta through the Mexican Caribbean and physically through our area, and following the instructions of the State Government, you have officially become a refugee in the state of Quintana Roo. Refuges will be sheltered in authorized  shelters with the main goal of protecting your safety and well being."

The River Valley group was moved from the hotel to Alexandre Catholic School, where the windows are being boarded up. Groups of several people are being supplied cots, pillows and blankets. The group plans to leave Cancun on Friday, where their return flights will bring them back to Fort Smith.

Members of the group are receiving box food for dinner and breakfast. They say that they are making the best of the situation and are anxiously awaiting what Hurricane Delta brings.

"I compliment the staff at Secrets Playa Mujeres for the extreme professionalism during this time of crisis. The plan in place for evacuation is first class," said Vacationer Jordan Jack.

The impact from Hurricane Delta is expected to hit the area of Cancun Wednesday morning (Oct. 7). As of Tuesday night, members of the group said the weather is cloudy and they are seeing some light rain. Members have also reported city officials will be shutting off power at 9 p.m. in anticipation of the storm.

RELATED: Coronavirus leaves the US travel industry struggling to recover