After South Park creators bought Casa Bonita, some want a return to Arkansas

Do you want Casa Bonita back? The final Denver location is getting purchased by the creators of South Park, so now people are hoping it could open again in Arkansas! 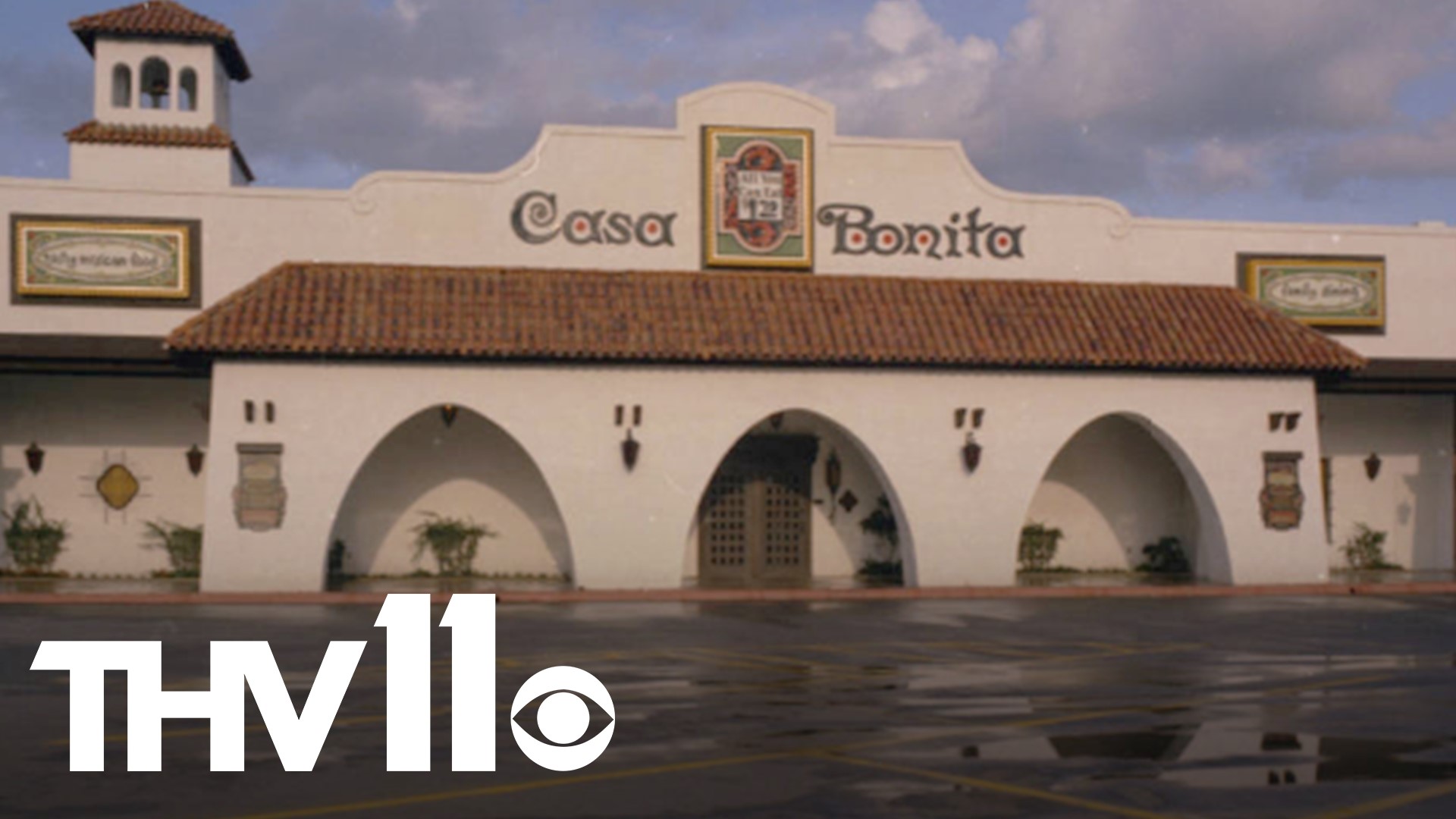 LITTLE ROCK, Ark. — After news broke that Trey Parker and Matt Stone, the creators of South Park, were purchasing the only Casa Bonita in America, many in Arkansas immediately thought of reviving the Little Rock location.

Opened in 1969 at the corner of University and Asher Avenue, Casa Bonita immediately brings a flood of emotions to Arkansans who grew up going to the restaurant. It's nostalgic, unique, and ingrained in the memories of countless Arkansans.

“From the themed rooms and walking out with your food, it felt like you were on a street in Mexico with all the balconies,” said Bryan Floyd, who grew up going as a child. “Everything was different than any restaurant that you've ever been in.”

After a brief rebranding in the early ‘90s as Casa Viva, it retained its original name until it closed in 2005.

“The restaurant had been going for a couple of years and my first job was filling up hot sauce jars,” he said. “People used to line up all the way down the hall to eat there.”

Leonard would eventually supervise the Little Rock location and multiple others making Casa Bonita his home for 17 years.

“One of the largest days that we ever had here, we served over 3,600 people,” said Leonard.

People from across Arkansas came to find new, exciting rooms to explore, to raise the flag to let servers know they were ready for more food, and to walk away with what felt like gold from the beloved treasure room.

“A waiter would go to the table and if there was a child there, they'd give them candy money and they would go spend the candy money in the treasure room,” he said.

The only treasure now is the memories; memories Floyd holds on to.

"I just remember being upset, you know, because I always hoped it would open back up," he said. “It sat vacant for so long, but it never did.”

Groups formed online trying to somehow get it back, but nothing ever happened. Now, there's renewed hope.

Food blogger Kevin Shalin said that with the creators of South Park buying the Denver location, it could reinvigorate the brand.

“If the Denver location got back on its feet and was doing well, then why couldn't it start popping up around the country again?” asked Shalin. “Why couldn't it come back to Little Rock where it had this tremendous following?”

“It’s an all-in-one experience,” he said. “It wasn't perfect, but it was just so appealing to a broad range of people.”

Leonard said he believes there's still a place for Casa Bonita in town. He believes it could be a success story again.

“It might take a while, but I think it would take someone that was willing to stick it out,” he said.

Shalin believes there is hope, too. He said there’s just no place quite like Casa Bonita.

“With restaurants, it's so much more than just the food, it's that nostalgic factor,” said Shalin. “With Casa Bonita, it's like that more than just about any place in Little Rock food history, really.”