Reid Hall is located near Cleveland Avenue and Razorback Road. 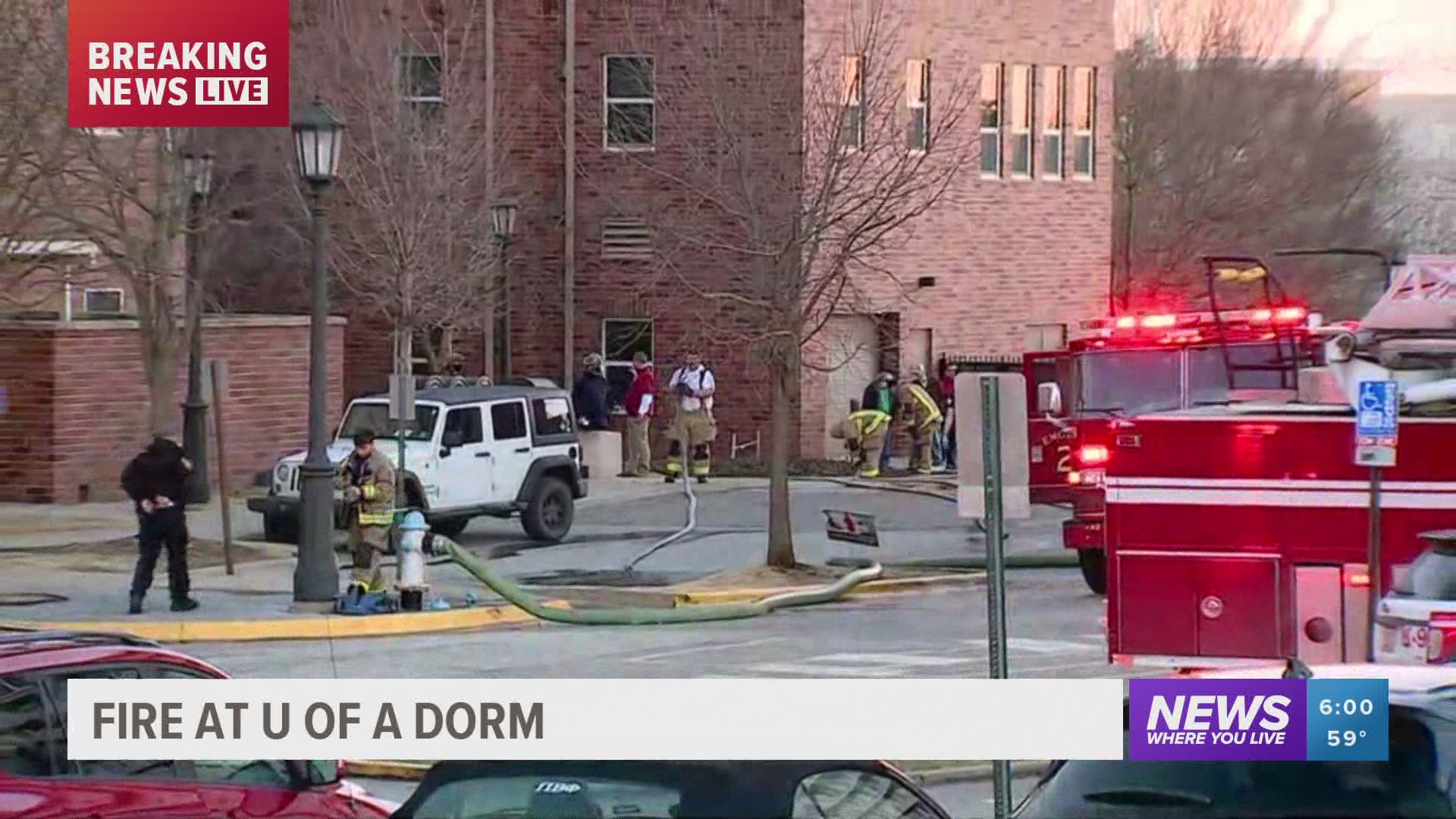 FAYETTEVILLE, Ark. — Students were evacuated from dorms on the University of Arkansas campus Monday (Feb. 22) after a fire broke out at Reid Hall.

Several students were stuck in an elevator as firefighters put ladders on the roof of the building to see if anyone else was inside.

Fayetteville Fire Marshal Jeremy Ashley confirmed with 5NEWS it was an electrical fire. They first got a call about people stuck in an elevator, and when they arrived on the scene, crews found smoke coming from the electrical tunnels beneath Reid Hall and the Maple Hill dorms.

Power was cut to some dorms on campus as a result of the fire but was restored Monday (Feb. 22) night, allowing students to return to their dorms.

Residents waited outside across the street as crews battled the flames at Reid Hall.

Reid Hall is located near Cleveland Avenue and Razorback Road.

It's unclear at this time was caused the electrical fire. No injuries due to the fire have been reported at this time.

Please avoid the area of Cleveland Street and Razorback Road as multiple police and fire units are on scene of a possible fire in the tunnel area below Reid Hall and Maple Hill dorms. No injuries have been reported at this time. pic.twitter.com/r16w28zW4C