Recent rains cause major flooding along the Poteau River

The flooding prompted the US Army Corp of Engineers to notify the LeFlore County Emergency Management of the rising water. 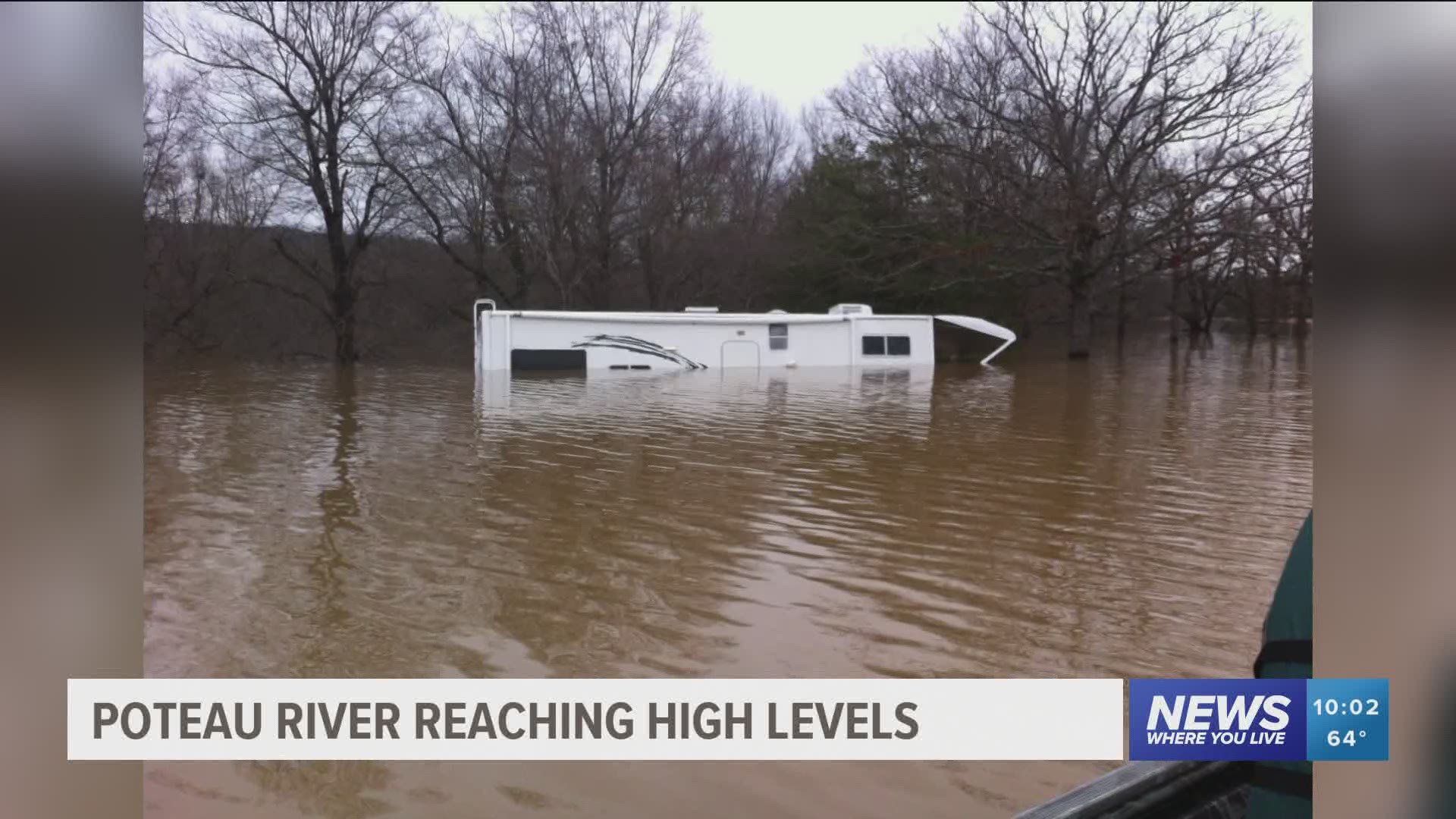 PANAMA, Okla — All of the recent rain has put the Poteau River over its limit.

This prompted the US Army Corp of Engineers to notify the LeFlore County Emergency Management of the rising water.

“When we get quite a bit of rain this is the norm for us,” said Kim Wann, LeFlore County Emergency Management Director.

In Panama, the Poteau River overflowed and peaked six feet above flood stage Wednesday (May 27) and caused Williams Road to close.

Emergency management says they're expecting even more rain and flooding in the coming days.

“So it’s just going to get worse,” Wann said.

Wann says flooding is not uncommon for the county, but retired EMS Director for LeFlore County Bob Hawley says if you're not familiar with these areas, including Highway 112 going towards Cameron, you can get in some trouble.

“You can be driving through there and all of a sudden you’re going to be underwater,” Hawley said.

Hawley says the floods recently have been quite strong in some areas. He says the flooding in and around Shady Point two weeks ago was the worst it's been in years.

"That area hasn’t flooded in over 35 years to this extent," Hawley said.

Over the years as EMS Director, he says he has seen some flooding that caused serious damage. He says it's important for people to pay attention to the roads during storms and watch for weather alerts.

The National Weather Service expects the Poteau River to peak to 35 feet over the next two days.