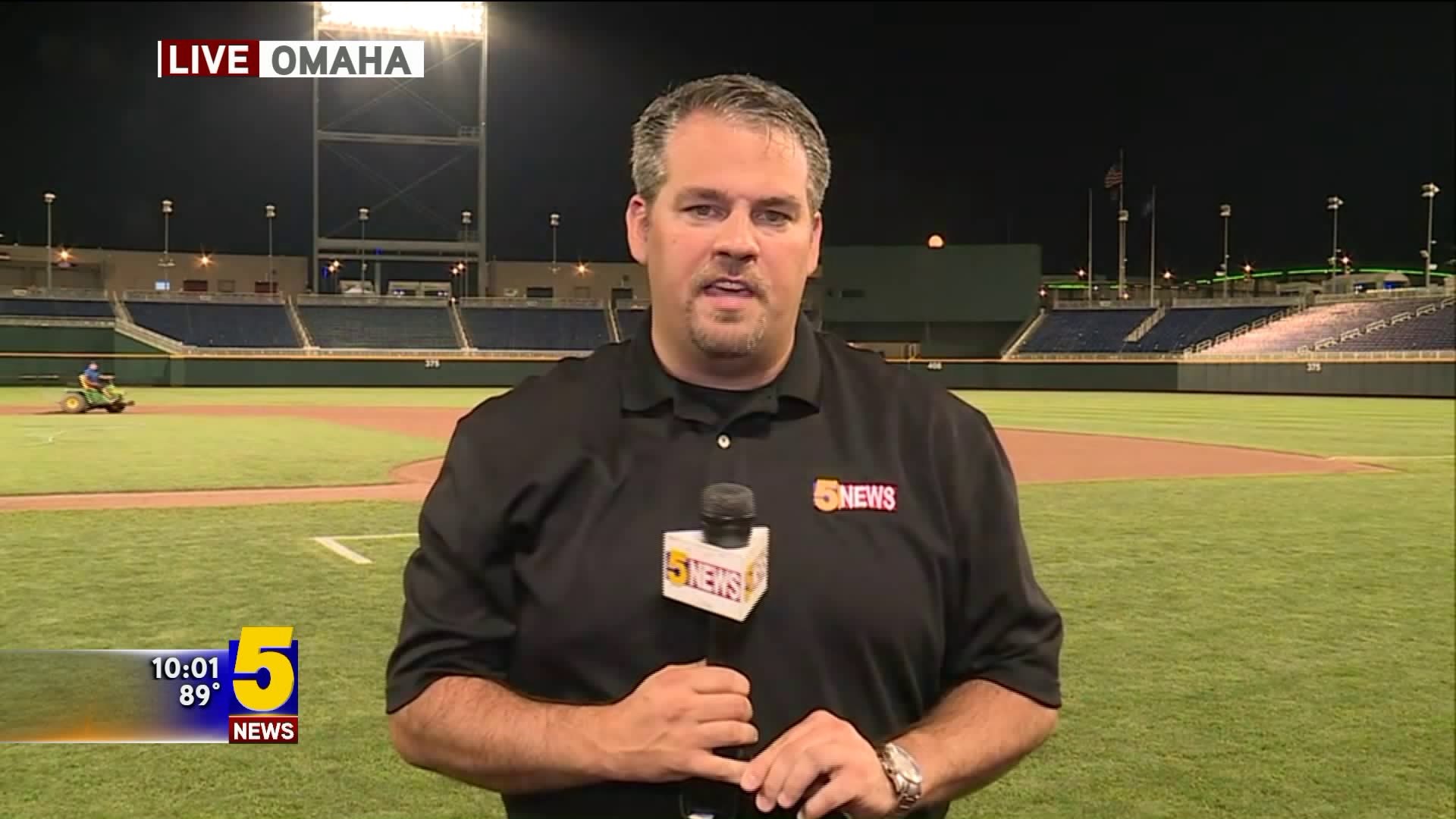 OMAHA, NE (KFSM) - Arkansas was one strike away from winning the school's first ever national championship on Wednesday but the Razorbacks never rebounded from a disappointing ending.

Oregon State scored two run in the first and Arkansas's offense never showed up as the Beavers claimed the College World Series title with a 4-0 win.

It marks the first time all season, in 69 total games, in which the Razorbacks were shutout.

Arkansas led the series 1-0 and had a 3-2 lead with two outs in the ninth in game two but a pop foul behind first base landed between three Razorback defenders. Oregon State later tied the game and then took the lead in the inning to even the series.

The Razorbacks had been led by a powerful offense all season long but the bats went cold in the series as they struggled against a solid Oregon State pitching staff. Arkansas managed just two hits in game three as the Beavers starting pitcher Kevin Abel threw a complete game shutout while striking out ten.