FAYETTEVILLE (KFSM) – Arkansas has had no issue finding ways to score runs this season but in the series opener against LSU, the Razorbacks did it the eas... 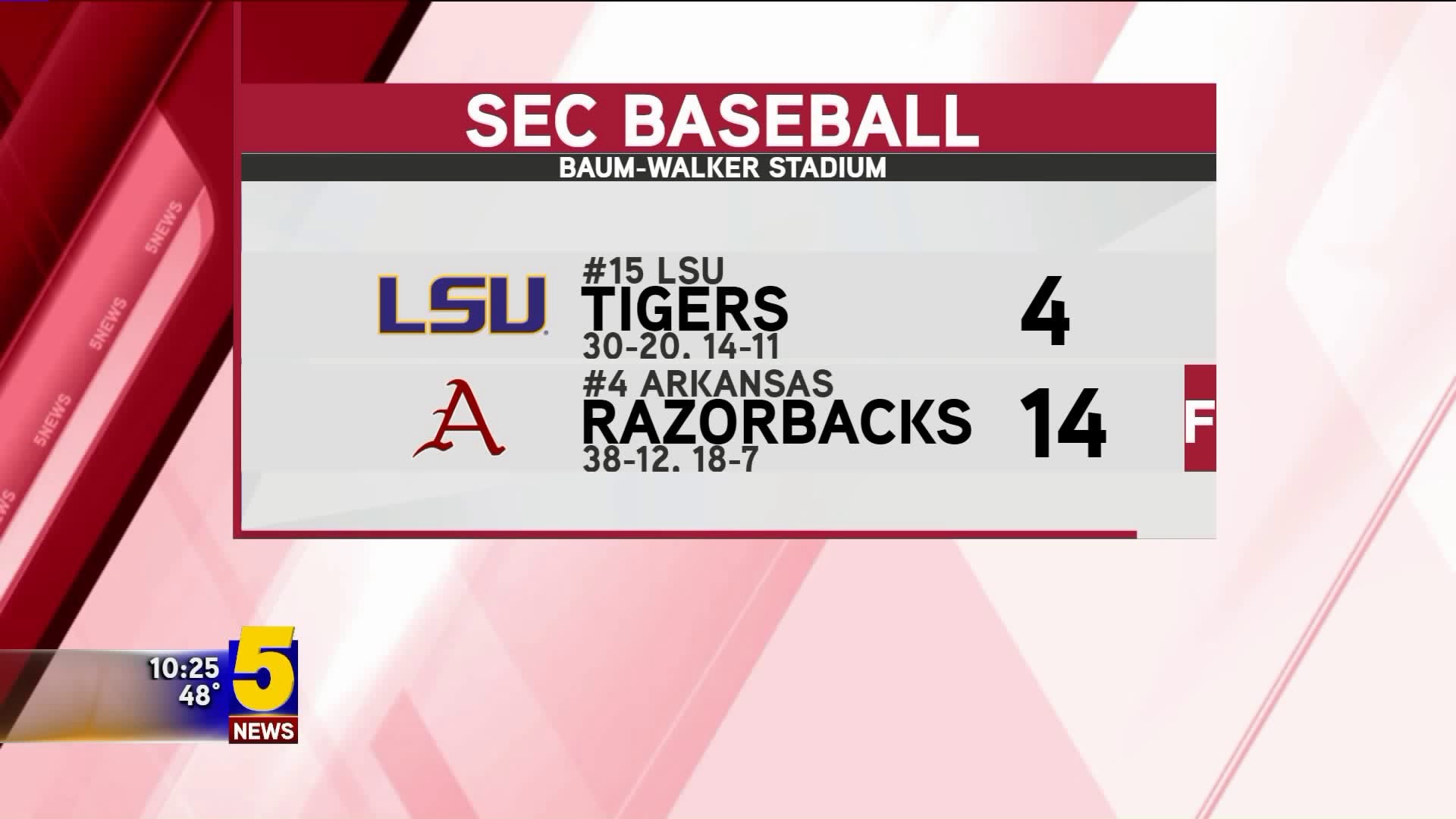 FAYETTEVILLE (KFSM) - Arkansas has had no issue finding ways to score runs this season but in the series opener against LSU, the Razorbacks did it the easy way.

Jack Kenley's grand slam highlighted a five home run night for the Hogs as they blasted LSU 14-4 in the series opener.

The Razorbacks will go for the series win on Friday at 6:30 p.m. Arkansas has not won a series against LSU since 2011.

Arkansas fell behind 1-0 after half and inning but that's when the long ball barrage started. Casey Martin put one into the Hog Pen in left field in the bottom of the first to tie the game. LSU then regained the lead in the second only to see Arkansas use a home run to retake the lead, this time for good.

Casey Opitz blasted a two-run home run over the bullpen in right field to give the Razorbacks a 3-2 lead and then the onslaught started. Arkansas added three runs in the third, two scoring on Dominic Fletcher's home run that bounced off the scoreboard in right field.

Kenley's blast then blew the game open in the fourth as his grand slam capped a six run inning that saw Arkansas build an 11-2 lead.

Isaiah Campbell picked up his team leading ninth win as he threw six innings while allowing two runs on four hits and struck out four.