Capitol Police created a line on the sidewalk in front of Sen. Graham’s house. 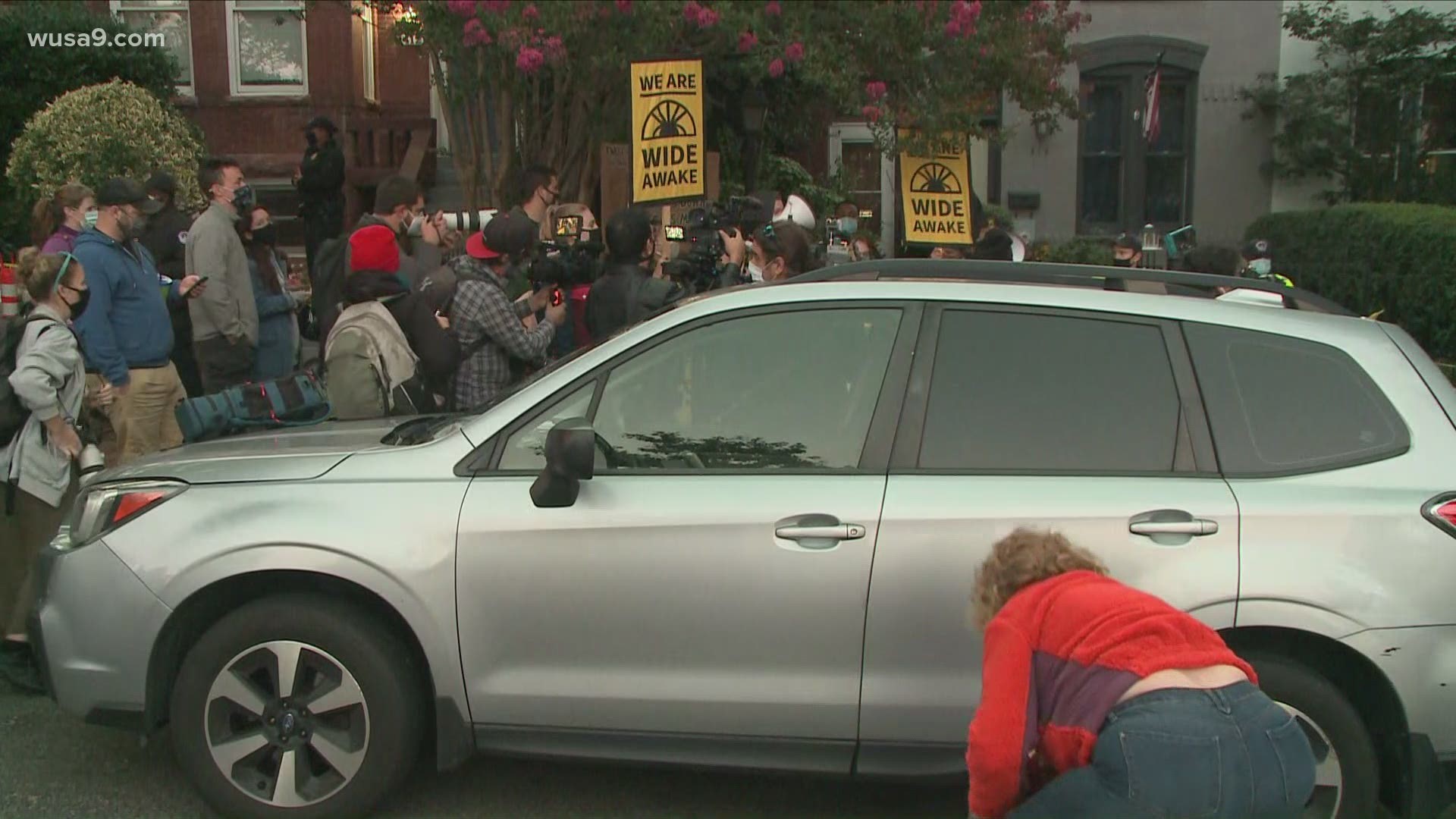 WASHINGTON — A crowd of demonstrators gathered outside the home of Senator Lindsey Graham Monday morning to protest the vote to appoint a new supreme court judge following the death of Supreme Court Justice Ruth Bader Ginsberg.

Members of ShutDown D.C. and Sunrise movement staged an early morning protest around 6 a.m. in a fight against the decision of Sen. Graham to push the vote for President Donald Trump to nominate a new supreme court judge before the November election.

The groups want Sen. Graham, the head of the Senate judiciary committee, to let the next president make the nomination to fill the vacant seat due to the passing of Justice Ginsberg.

"DC residents will be fighting for their children and grandchildren early Monday morning, by insisting that Trump should not be allowed to fill his third lifelong Supreme Court appointment, tipping the court for generations," the group said in a statement.

Capitol Police created a line on the sidewalk in front of Sen. Graham’s house. Some protesters were seen standing on Sen. Graham's lawn chanting with bells and whistles. They even attempted to knock on the senator's door and repeatedly played Sen. Graham's 2016 quote on the Merrick Garland nomination.

"Let's let the next president, whoever it might be, make the nomination," the group said Sen. Graham stated in 2016 when talking about the case a vacancy occurs in the last year of a presidential term.

Appointed to the nation’s highest court in 1993 by former President Bill Clinton, Ginsburg was the oldest sitting member on the court. Despite a lengthy career on the court, she had never missed arguments until January 2019.

In 1971, she was instrumental in launching the Women’s Rights Project of the American Civil Liberties Union, and served as the ACLU’s General Counsel from 1973–1980, and on the National Board of Directors from 1974–1980. She was appointed a Judge of the United States Court of Appeals for the District of Columbia Circuit in 1980. During her more than 40 years as a judge and a Justice, she was served by 159 law clerks.

The justice is also responsible for fighting to open the doors of the Virginia Military Institute to women.

Ginsburg, while small in stature, became a giant voice in litigating women's rights that catapulted her to pop culture icon status and being named the Notorious R.B.G.