After a speech by President Trump, who vowed "never to concede" insurrectionists stormed the Capitol and breached police barricades. One woman was shot and killed. 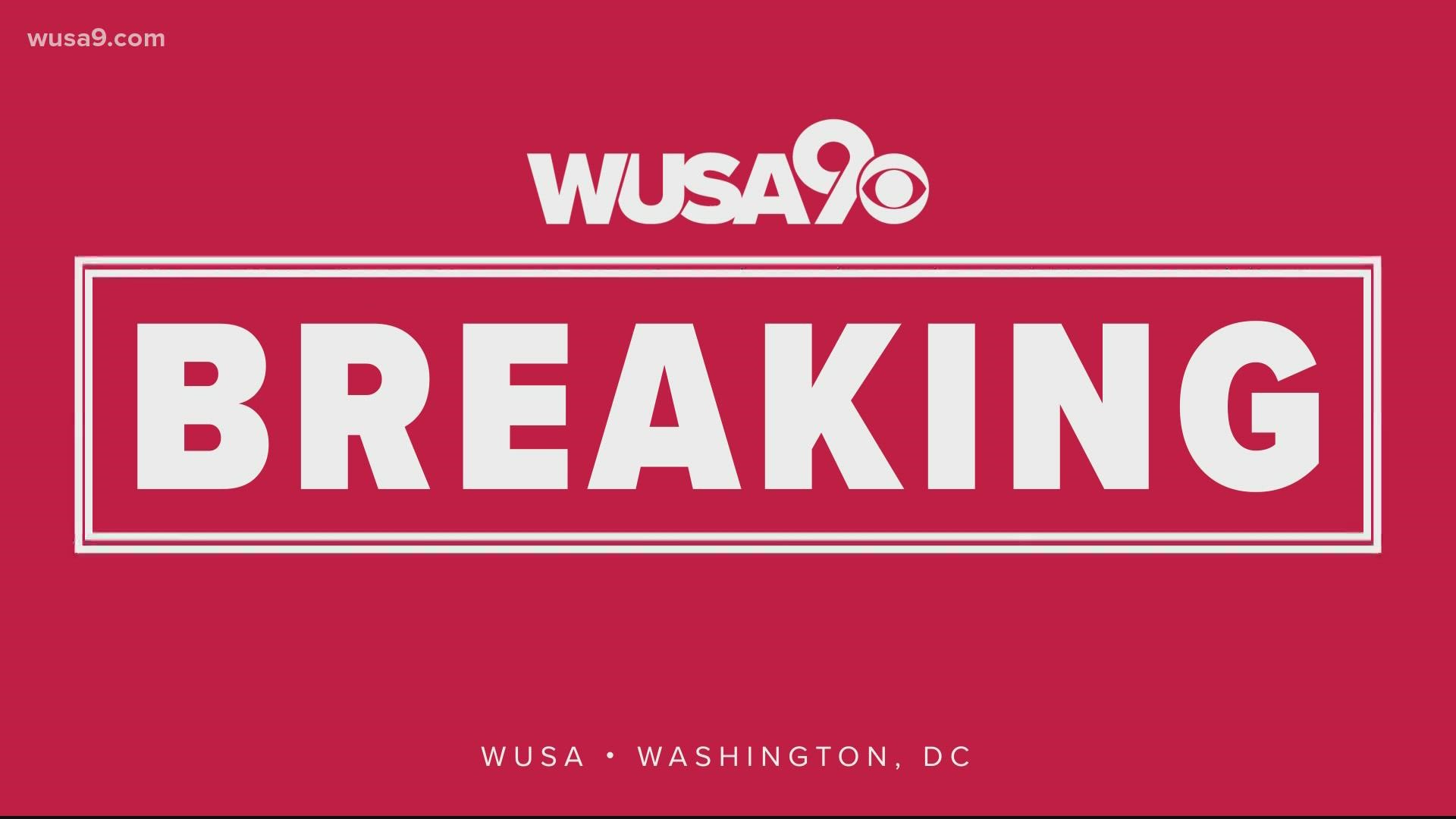 WASHINGTON — Constitutionally speaking, Jan. 6 is set as a day of order, when Congress convenes to certify Electoral College votes and formally cement a president’s victory. On Jan. 6, 2021, however, order was nowhere to be found in Washington, D.C.

Shortly after President Trump addressed his supporters vowing "never to concede" the 2020 election in a speech on the Ellipse, rioters stormed the Capitol, breaching all police barricades and forcefully entering the building.

The Capitol was placed on lockdown, police ordered evacuations, and the certification of Electoral College votes, which had just begun minutes before rioters broke in, was delayed. D.C. Mayor Muriel Bowser declared a public emergency in D.C. and instituted a curfew through 6 a.m. Thursday. The curfew has since been lifted. Law enforcement from Virginia State Police were seen entering the District Thursday morning minutes after the curfew was lifted.

According to D.C. Police Chief Robert Contee, four people died over the course of the day, including one woman who was shot by Capitol Police as a mob attempted to break into the House chamber. Two men and another woman died of medical complications, unrelated to firearms.

CBS News has confirmed that the woman who was shot by Capitol Police is identified as 35-year-old Ashli Babbitt from San Diego, California.

RELATED: San Diego man believes his wife was the woman who died during the Capitol riots

WUSA9's sister station, KMFB, spoke with Babbit's husband, Aaron, who said videos he’s seen of the woman who was shot is his wife, Ashli. Her husband said Ashli went to D.C. by herself and he was supposed to pick her up from the airport on Friday.

1 / 21
AP
Police with guns drawn watch as protesters try to break into the House Chamber at the U.S. Capitol on Wednesday, Jan. 6, 2021, in Washington. (AP Photo/J. Scott Applewhite)

Two pipe bombs were found outside of the RNC and DNC, and a cooler of Molotov cocktails was discovered by D.C. Police near the Capitol. More than 50 people were arrested on charges of curfew violation and possession of unlicensed weapons, and at least 14 officers were injured, with several taken to local hospitals for treatment, DC Police said.

Several hours after the riots began, President Trump tweeted a video calling for peace and telling his supporters to go home, after saying he understood their pain, calling them "very special" and reiterating unfounded claims of election fraud.

National Guard troops were deployed to D.C. from the District, Virginia and Maryland, after the Department of Defense initially denied additional DC National Guard troops to be sent to the Capitol, according to the DC Council. Multiple neighboring police forces also sent backup support, including Virginia and Maryland State Police and officers from Prince William, Fairfax, Arlington County and Prince George’s counties.

During the four years of the Civil War, the confederates never got closer to Washington than Fort Stevens. Until today, when insurrectionist supporters of @realDonaldTrump paraded through the U.S. Capitol Building carrying the Confederate battle flag. pic.twitter.com/mPye0ziVlj

The Capitol was declared secure, and the lockdown lifted, just before the city’s curfew went into effect at 6 p.m.

US Park Police, DC Police and National Guard troops worked in unison to move the insurrectionists away from the Capitol Building to create a safety perimeter. Tear gas, flashbangs and percussion grenades were used to push protesters back.

A few scuffles between rioters and police broke out for the next few hours and 47 curfew-related arrests were made.

RELATED: DC under curfew after riots at the Capitol, Public Emergency extended for 15 days

.@DCPoliceDept are now surrounding Trump Supporters in the parking lot of the US Capitol building grounds. We heard one officer say they wanted to do a hook maneuver. It looks like they are kettling them right now. (@wusa9) pic.twitter.com/jZeFsIdJzu

Congress reconvened shortly after 8 p.m. to continue certifying the Electoral College votes, which is ongoing.

“To the people who stormed this building, you did not win,” Vice President Mike Pence said as he opened the Congressional session back up. “Let’s get back to work.”

Conversations on social media began drawing comparisons between the Capitol riots Wednesday and Black Lives Matter demonstrations over the summer and asking whether police were adequately prepared for the events. When asked about his department’s response to the riots, Contee expressed satisfaction.

Mayor Bowser, however, pointed out that she did see differences in the federal responses to the Lafayette Square protests and the Capitol riots.

“I think that we saw different types of vehicles used,” she said. “We saw a different posture used [by officers] in some cases, such as we did see the use of that military personnel on the ground.”

America, this is our capital tonight.

Black Lives Matter DC issued a statement Wednesday regarding the incident at the U.S. Capitol and the chaos across the District.

“On December 30, 2020, Black Lives Matter DC issued a statement calling on D.C. public officials and business leaders to stand up to white supremacists," BLM DC said in its statement. "We tried to warn the mayor and other elected officials, hotels and other businesses and we demanded that our city and sacred Black spaces be protected. Though we remain unsurprised, it should have never have gotten to this point. Instead of brutalizing Black Lives Matter activists, DC officials should have intervened months ago. White supremacists were emboldened and made to feel comfortable, confident and secure to come to our city and reign terror."

The FBI says it's looking for information about people who actively instigating violence in Washington, D.C.  Wednesday. Anyone with information, photos, or videos from the Capitol building or surrounding areas are asked to use the form at fbi.gov/USCapitol to submit information, or by phone at 1-800-CALL-FBI.

RELATED: VERIFY: Here's what the role of the vice president is during the Electoral College certification votes

RELATED: VERIFY: Can senators objecting to the Electoral College votes be expelled from Congress?