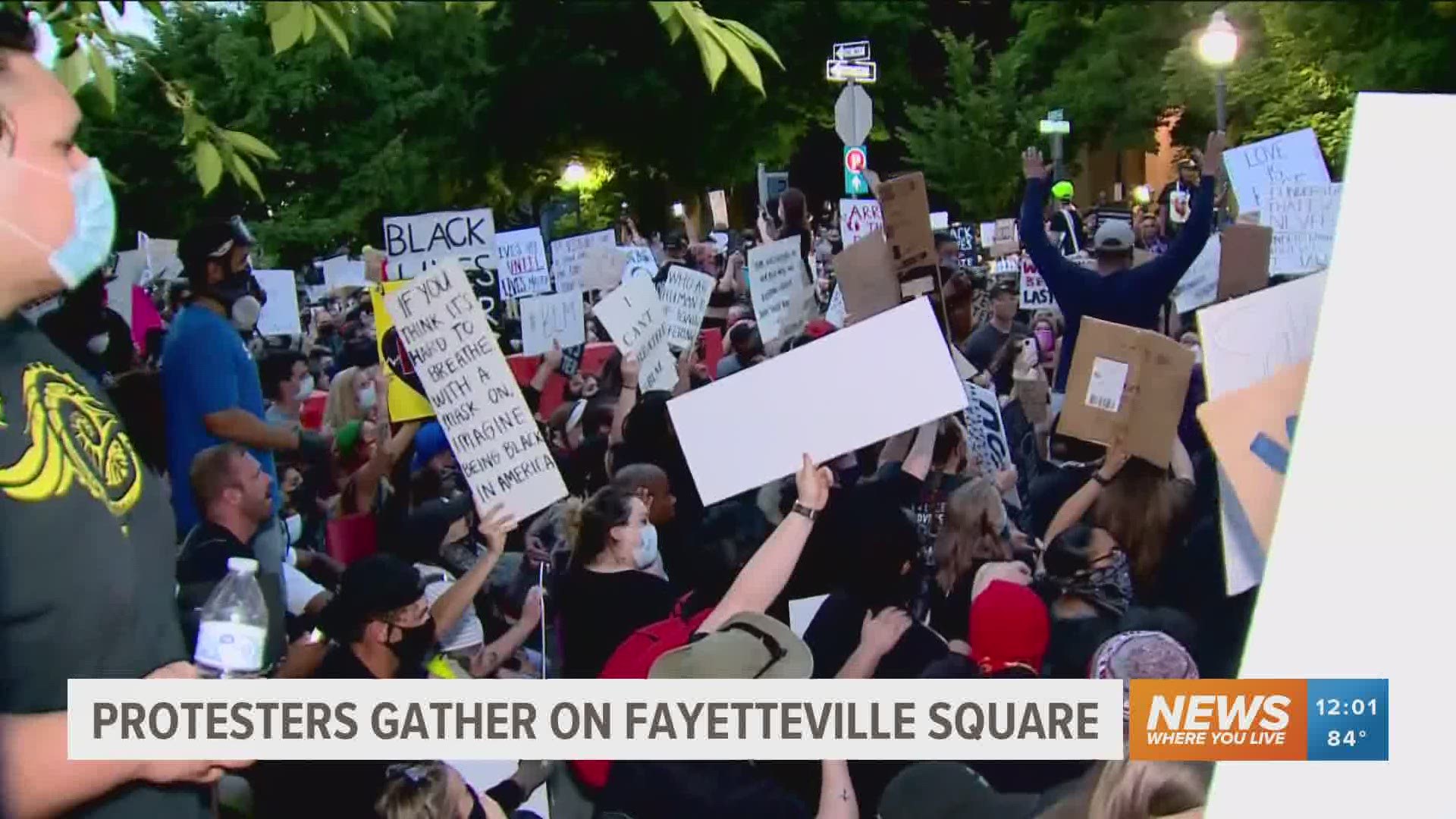 Watch live: Protesters continue to crowd the streets of Downtown Fayetteville, some are setting off fireworks

Watch live: Protesters continue to crowd the streets of Downtown Fayetteville, some are setting off fireworks. *VIEWER DISCRETION ADVISED

FAYETTEVILLE, Ark — UPDATE: Protesters reported tear gas and others reported pepper spray was thrown into the crown. It’s unclear what they were sprayed with and who activated it. Sgt. Tony Murphy with the Fayetteville Police Department says it was not FPD who deployed anything. He says he believes it was pepper spray from the crowd. 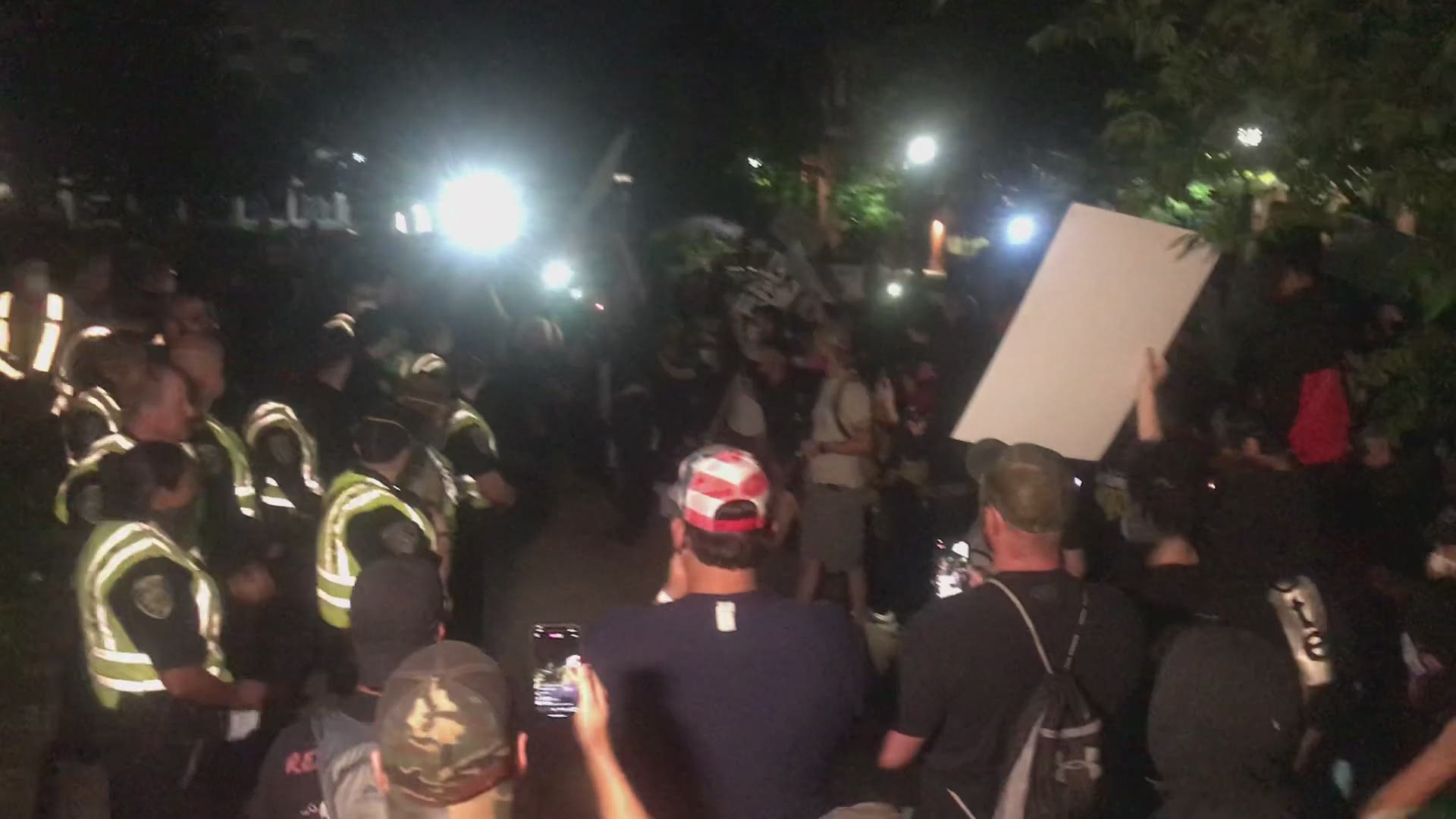 The ‘Justice for George Floyd’ protest is scheduled for Tuesday (June 2) from 6:30 to 9 p.m. on the Downtown Fayetteville Square.

This comes after the killing of George Floyd in Minneapolis, Minnesota.

Protest organizers say the goal is to keep it peaceful. Organizer Alejandro Victorino says they spoke with Fayetteville Police about coordinating an emergency evacuation route.

A big crowd as gathered at the Fayetteville Square tonight to protest. *VIEWER DISCRETION ADVISED https://bit.ly/3eObMrV

Sgt. Tony Murphy with the Fayetteville Police Department says they will be at the protest to support the community. The protest has attracted the attention of more than 2,000 people.

Murphy says they do have a plan in place in case the protest becomes unlawful.

“I can’t share our plans if something goes wrong," Murphy said. "We will handle that, we are the police. We are police officers, that is what we do. So, we will have a plan in place if something does go awry but we don’t plan on that happening."

Before police began blocking off streets for the protest, they knelt in prayer.

Organizers have set up a medical tent and have plenty of water on hand.

Fayetteville Police say after the protest in Bentonville last night, they did speak with police there and the Benton County Sheriff's Department to see if there were any lessons learned.

"It's life-changing it really is, it's one step but being out here it's not about one race, it's not black it's not white it's everything out here gay. straight, black, white Asian. everything is out here for one cause and I think it's really beautiful," said protester Sean Burns.

Another protest, ‘George Floyd Sit-In’ is being hosted by NWA COVID-19 411 and intended to be a social-distancing style alternative to other protests tonight.

The event host, NWA COVID-19 411 wrote the following instructions for sit-in protesters, “Line the street, spread out, sit down, and show the rest of the world that we can be supportive without violence.”