Potholes popping up on area roads after winter weather

Crawford County Roads Superintendent Chris Keith explained that potholes form when the water under roads freezes and then thaws. 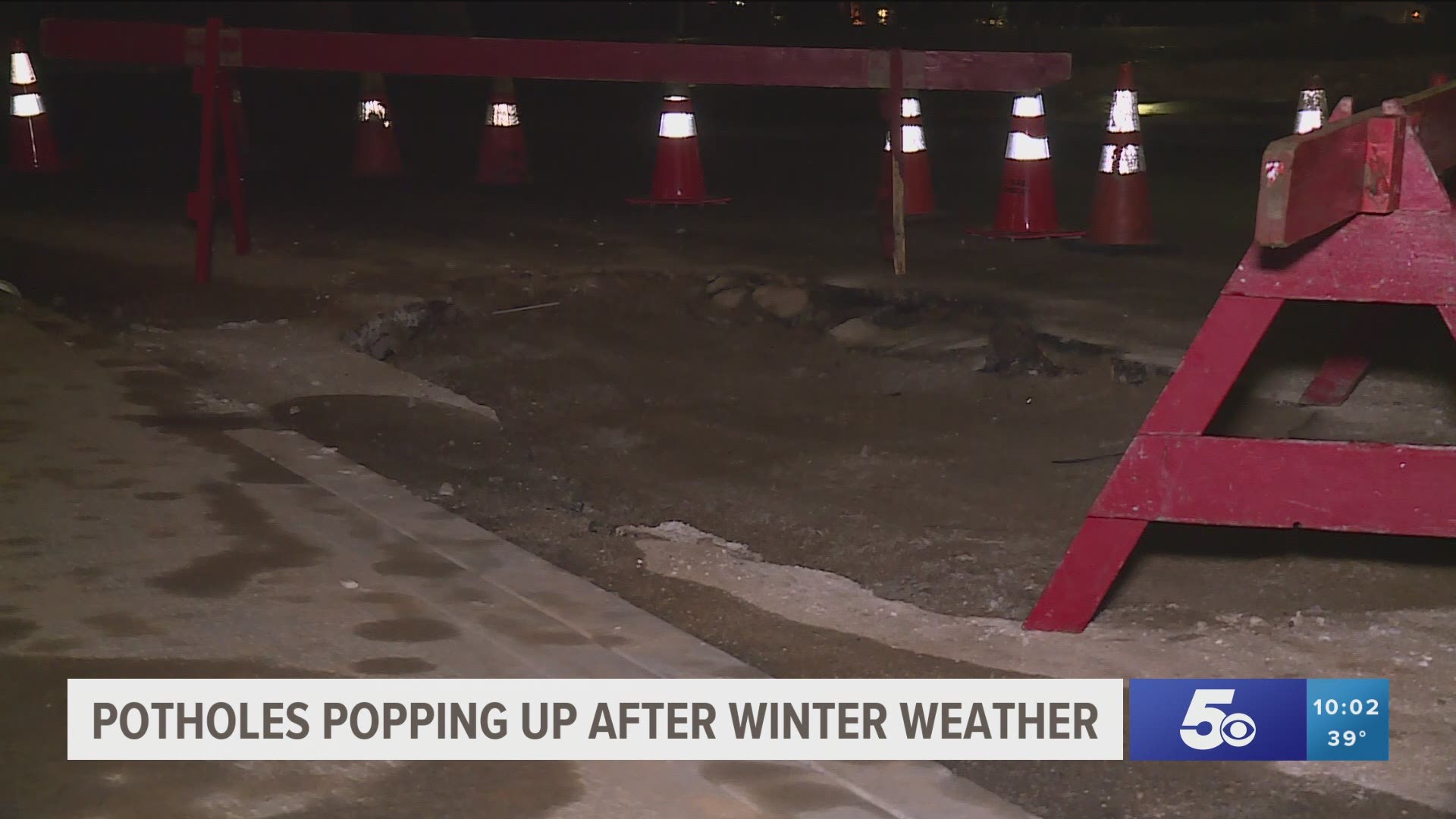 CRAWFORD COUNTY, ARKANSAS, Ark. — Now that we've gotten through the winter storm, potholes are likely to begin popping up all across the state as the roads thaw out.

Potholes are always a common thing after a heavy snowfall, but following this week's winter storm, road crews say they're prepared to see more than in past years.

Crawford County Roads Superintendent Chris Keith explained that potholes form when the water under roads freezes and then thaws.

“Things are still pretty frozen. They are just now starting to thaw but the more they continue to thaw out the more those damaged areas are going to start to appear.”

He said it will be no surprise if last week's snowstorm causes more of them to appear.

“The potholes we just have to patch them temporarily now until warmer temperatures can come so we can do a permanent fix on them," said Keith.

Keith said the repairs are both time-consuming and expensive, which is why crews do as much preparation as possible beforehand.

“We worked from daylight to dark every day this last week trying to clear roads. Getting as much snow and ice off of those roads as we could before the thaw really helps with that damage. The less damage you’ll have the more you can keep that off of those roads.”

WATCH: Potholes popping up on area roads after winter weather