UPDATE: Jordan James, 28 of Poteau has been arrested for First Degree Murder and Possession of Firearm After Felony Conviction. 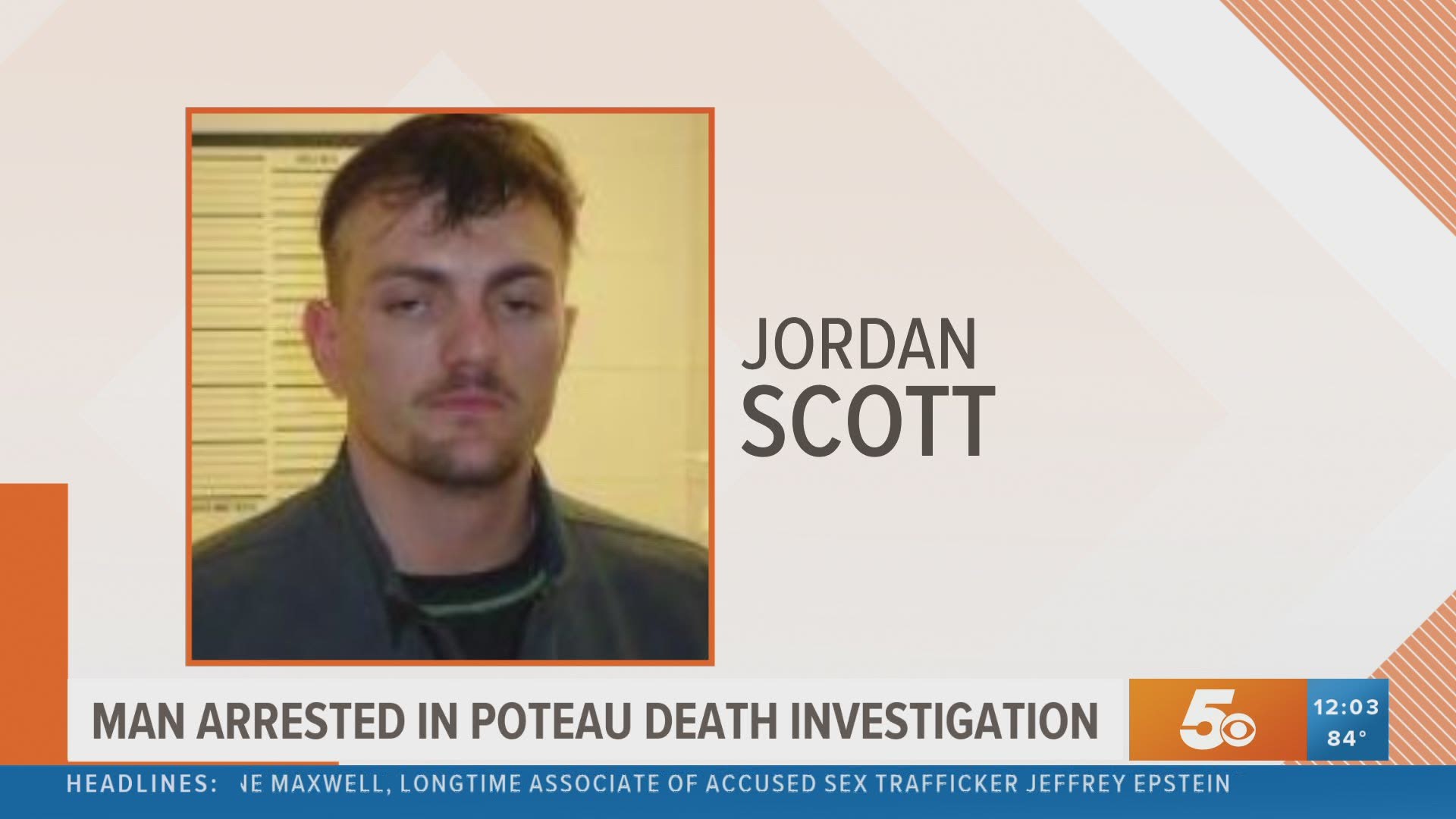 POTEAU, Okla. — UPDATE: Jordan James Scott, 28 of Poteau has been arrested for First Degree Murder and Possession of Firearm After Felony Conviction.

Three people of interest are being questioned by Poteau Police in connection to the death of a man.

Around 5:45 p.m. Thursday (July 2), Poteau Police were called to Eastern Oklahoma Medical Center on a call of a patient with a gunshot wound in the emergency room.

On arrival, officers learned that the victim, a 40-year-old man, had died. Police say the man had multiple gunshot wounds and wounds of unknown origin. The man's identity has not been released at this time.

Three people of interest have been detained in connection with the incident, according to police. Their identities have not been released, and no charges have been filed.

The investigation is ongoing with Poteau Police Detectives, Oklahoma State Bureau of Investigation Agents and an Investigator from the Oklahoma Office of the Chief Medical Examiner working the case.