Portland saxophonist Mike Phillips opened and closed the national anthem ahead of the Pocono 350 with a few bars from "Lift Every Voice and Sing." 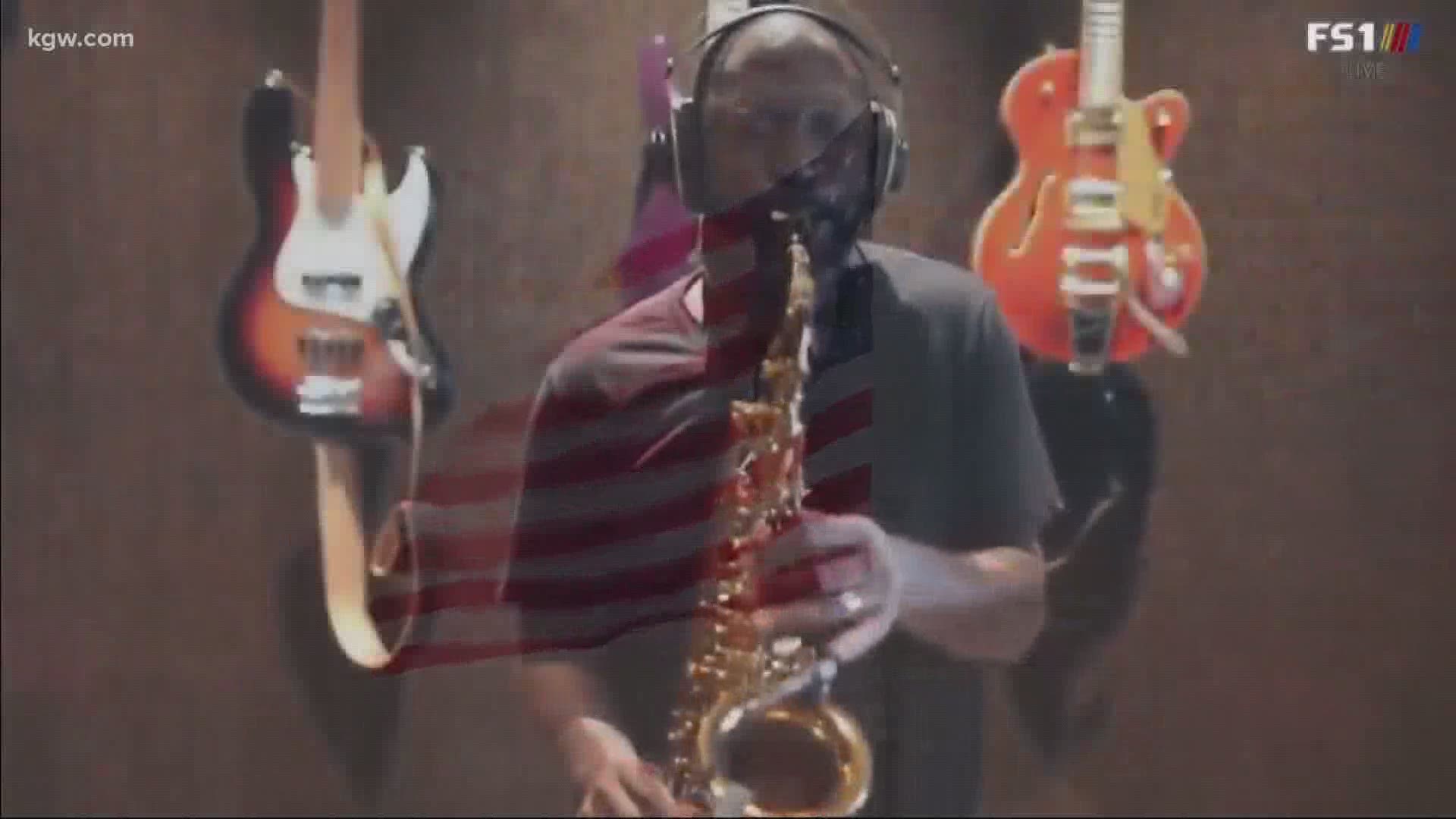 PORTLAND, Ore. — Portland saxophonist Mike Phillips had a change of heart last week about playing the national anthem at the Pocono 350 when he saw NASCAR drivers rallying around Bubba Wallace.

But Phillips decided to play the anthem his own way: opening and closing the song with a few bars from the Black national anthem, "Lift Every Voice and Sing."

Phillips is no stranger to playing on a big stage. He's toured with music legends like Stevie Wonder and Prince, and he has played the national anthem at a lot of sporting events.

“I'm kind of the guy they call when there's a special game or something, where they want me to come and do the anthem” Phillips told KGW.

When NASCAR had first asked him to play the anthem for last weekend's race, he said no. But after he saw fellow drivers standing in solidarity with NASCAR’S only black driver, after a noose was found in his garage at a race earlier this month, Phillips decided he'd play the anthem.

He was accompanied by pianist West Byrd, who started and ended with "Lift Every Voice and Sing" while Phillips played "The Star-Spangled Banner" on his saxophone.

“The response has been absolutely amazing," Phillips said. "You have some isolated people who will say it should be just one song. At the end of the day, I would hope that music could be a good teaching tool.”

He said he chose that arrangement because he believes music can walk through doors that some activists cannot. And he hopes what he played at the Pocono 350 will help people better understand and listen to one another.