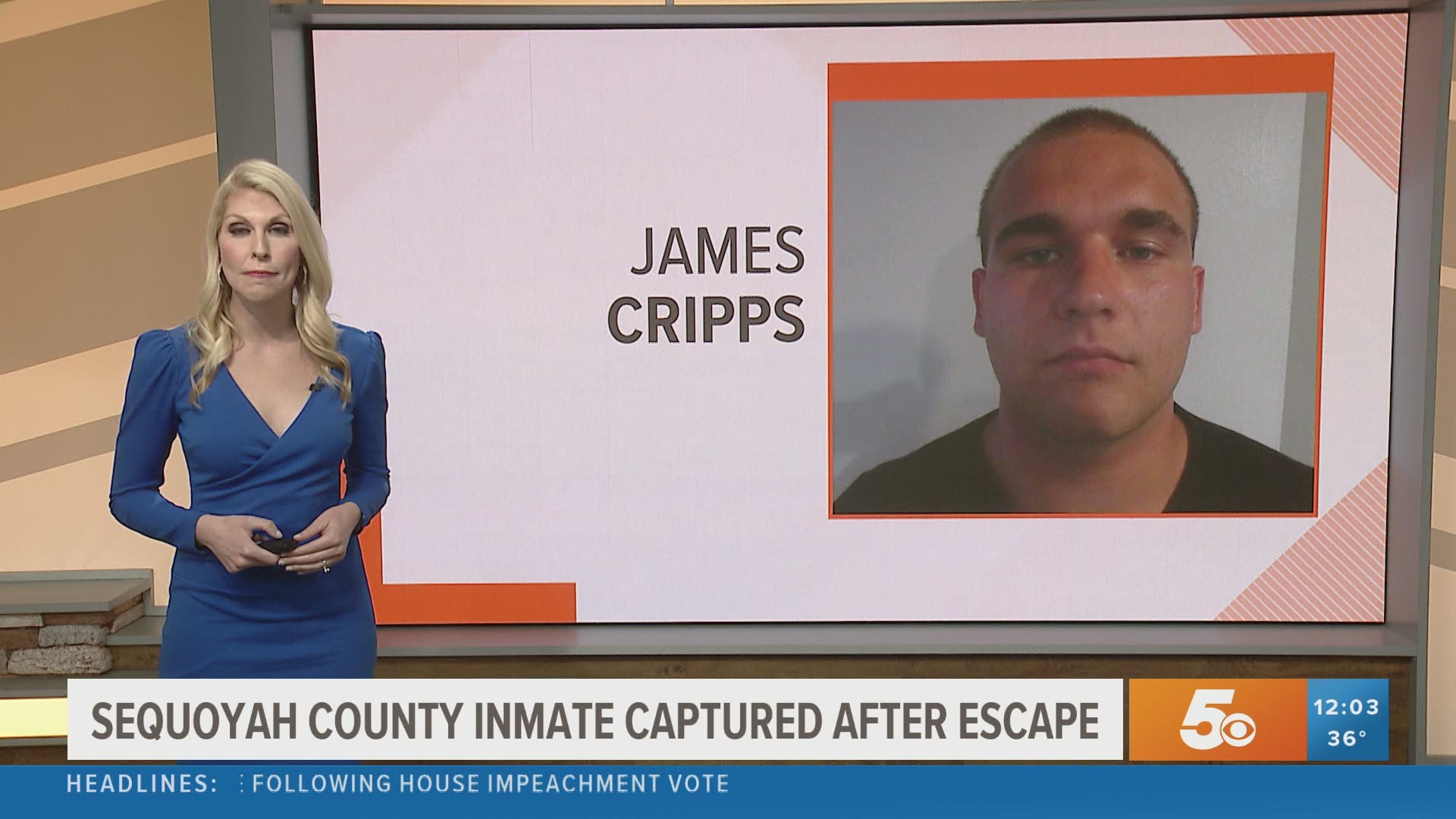 Investigators said he was in the booking area of the jail where he was allowed to make a phone call.

Staff was dealing with other inmates at the time, and Cripps stole a key to open a door and escaped.

Cripps was being held on charges of First-degree Burglary, Assault and Battery with a Dangerous Weapon, Domestic Violence and Destruction of Property and is considered potentially violent.

He was last seen wearing a red and orange hoodie and blue jeans.