Police say they may have identified juveniles suspected of shooting vehicles with paintballs on Crossover Road. 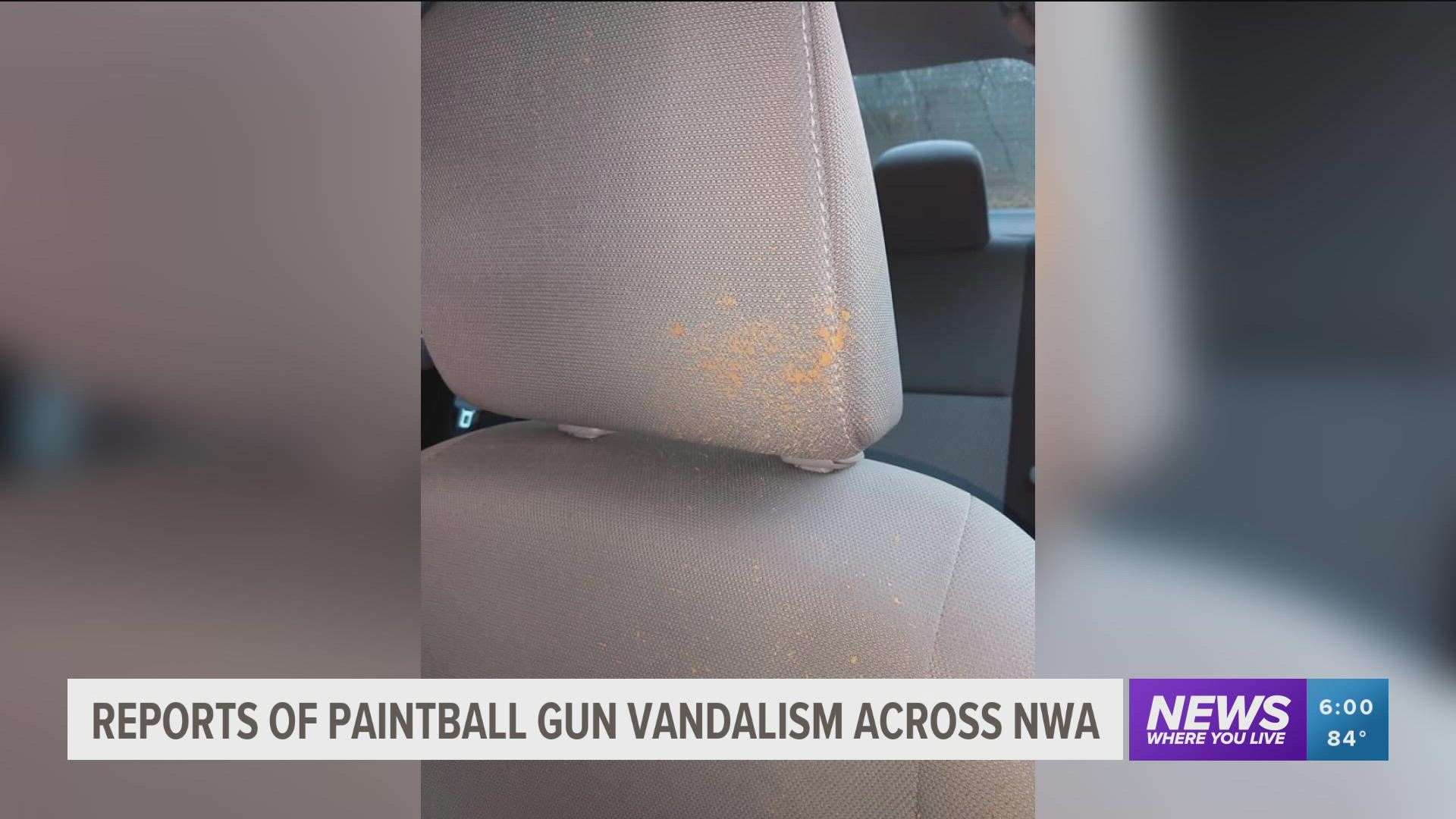 FAYETTEVILLE, Ark. — Fayetteville police say they may have identified juveniles suspected of shooting moving vehicles with paintballs across Northwest Arkansas.

Fayetteville police say they have one official report on file about someone getting hit by a paintball in their car on Crossover Road in Fayetteville this week but acknowledge there are more recent instances of cars being hit that were not reported.

Sergeant Anthony Murphy says, today, Fayetteville officers might have located the kids responsible, given information from an anonymous source.

"A lot of times kids do not think about the repercussions of their actions, they need to think about what happens after they commit criminal mischief," said Sgt. Anthony Murphy.

A local student recently had a close call after a paintball almost went through his window while driving near Sassys Red House on college avenue in Fayetteville.

"I had my window down, cruising along, listening to music, and they were about two inches from nailing me right in the face," said Joshua Posey.

Other locals whose vehicles were hit with paintballs sent 5NEWS photos, where one paintball made it through an open window, leaving the driver and interior of the car smeared with orange paint.

Murphy says this act goes beyond a prank and causing drivers to be distracted could be very dangerous.

Officers are still investigating the situation and tell us it’s not clear how many kids could be involved, or if they will be facing any criminal charges.

In the future, if any residents have their vehicle hit with paintballs, snowballs or anything similar, the police encourage filing a police report with local law enforcement.