The jar was found near a church in that area but police do not know where it came from or who put it there as of yet. 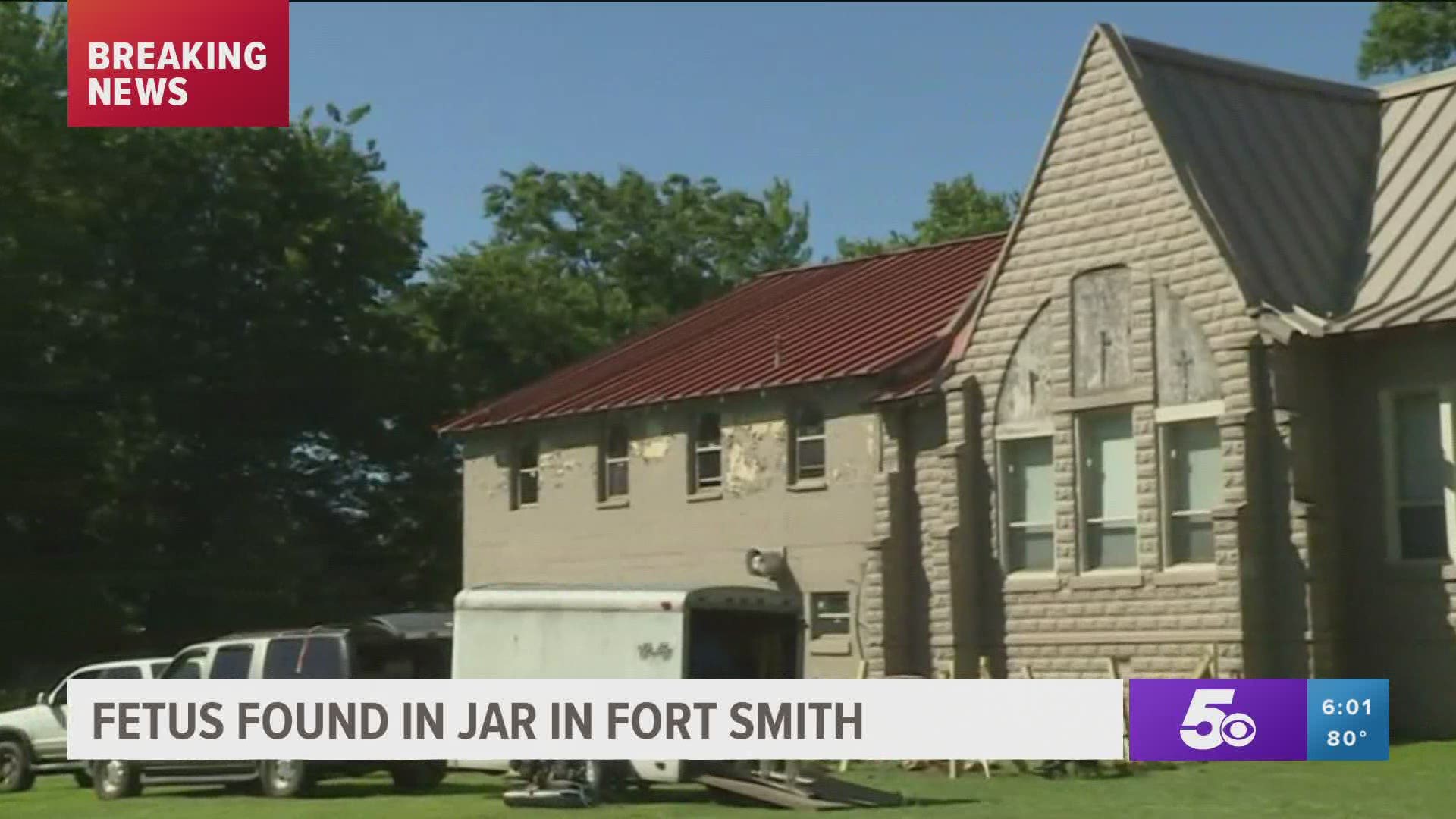 FORT SMITH, Ark. — Fort Smith police are investigating after a fetus in a jar was found in the 1800 block of north 18th.

According to Aric Mitchell with FSPD, the fetus was partially buried and in a jar of formaldehyde.

The jar was found by men who were working on a construction project outside of the church, but police do not know where it came from or who put it there as of yet.

Police are still investigating at this time, but do not believe foul play is involved.

Mitchell says it doesn't appear to have any connection to the church.

Mitchell says they do not know how many months the fetus is or the gender, but say it could be in the jar due to educational purposes.

The medical examiner and the coroner are working on this together to determine where it may have come from.

“It’s like a baby, why would someone bury a baby, and the jar part was kind of unusual, why would they do that? It concerned me because we have children and I didn’t know it was going on,” said neighbor Jodie Santillana.