Deputies chase man down streets of Huntsville after he throws Molotov cocktail at deputy; taser ineffective

During the pursuit, the suspect stopped at several locations throwing Molotov cocktails at the patrol vehicles causing them to ignite on the city streets. 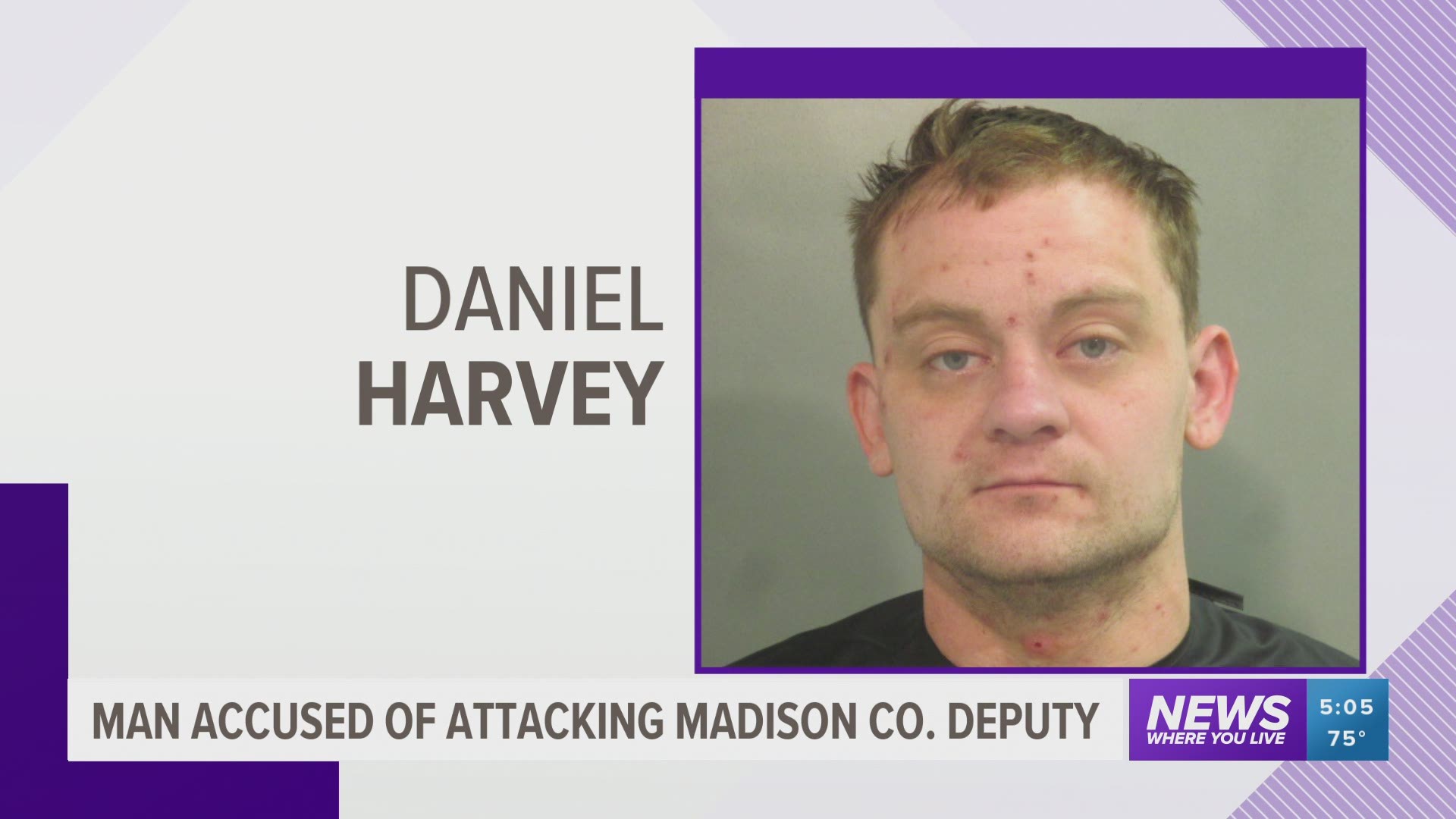 HUNTSVILLE, Arkansas — One man was arrested after Madison County Deputies chase him down the streets of Huntsville after he allegedly threatened a deputy with multiple weapons and threw a molotov cocktail at him.

according to a Madison County Sheriff's Office (MCSO) report, around 10:40 a.m., a suspicious vehicle pulled into the parking lot at the Madison County Holding Facility, and a deputy recognized the man as 32-year-old Daniel Harvey.

According to the report, Harvey made disturbing comments to the deputy and then brandished a knife before speeding away in his vehicle and then stopping on Hughes Street.

He then allegedly threw a homemade Molotov cocktail at the deputy as he was exiting his patrol vehicle, which ignited on the street beside the patrol vehicle. Harvey then exited his vehicle and brandished a machete, according to the report

The deputy deployed his taser, which was ineffective.

The report states Harvey then got back in his vehicle and drove away, and a vehicle pursuit down the streets of Huntsville began, in which Harvey stopped at several locations throwing Molotov cocktails at the patrol vehicles causing them to ignite on the city streets.

He continued to flee, and a high-speed pursuit on N Hwy. 23 ensued.

No injuries reported. An investigation into the incident is still underway.