Law enforcement says there’s been an uptick in drivers not stopping as they should behind stopped school buses, causing safety concerns for children. 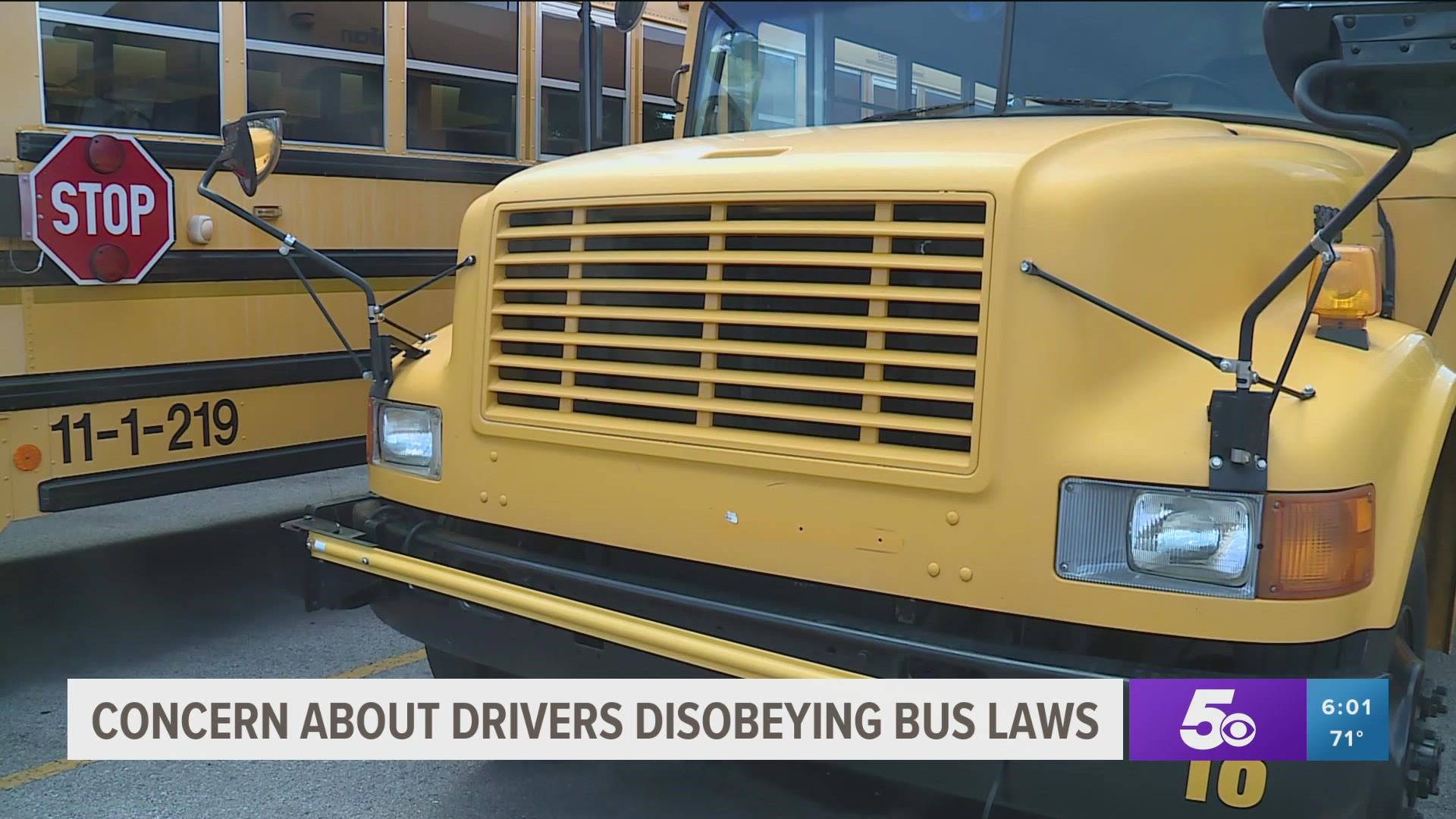 BENTON COUNTY, ARKANSAS, Ark. — The Bella Vista Police Department says it's seeing an uptick in drivers ignoring school bus laws and that this is a problem in the area.

Students in Bella Vista go to one of three districts in the area including Gravette, Pea Ridge or Bentonville.

Bentonville Schools says it's seen five incidents a week of drivers not stopping for school buses, which means one driver per day has not stopped for kids getting on or off the bus.

Steve Vera, Director of Safety and Security at Bentonville Schools, says compared to how many bus routes they have the number is not too high, but says things like this should not happen.

“Imagine, if you have a loved one or someone you know is getting off that bus,” Vera said. “You would want those drivers to be safe…and to make sure they’re stopped. It’s not worth being in a hurry, rush to try to pass the school bus.”

Bella Vista Police say they are seeing an increase in this compared to last year, with this increase coming only a quarter into the school year.

At the beginning of the school year, lawmakers introduced a new school bus law.

Here are the rules of the road when the stop sign on a school bus is deployed, and red lights are flashing:

State law now specifies drivers must stop at least 30 feet away from a bus that is loading or unloading passengers.

If not followed, drivers could face a fine, jail time or community service. Officer Haley Evans with the Bella Vista Police Department spoke with 5NEWS about the punishments drivers who break the law could face.

Bentonville Schools is reminding drivers to pay attention and take their time while on the roads.

“Drivers just need to get off their darn cellphones,” Vera said. "We see a lot of that driving behind the buses and especially in our school zones and parking lots on their phone.”

Bella Vista Police are hoping drivers will listen to their message and follow the law.

“At the end of the day, we just want to make sure that they’re getting home safe. It’s all about keeping everyone safe,” Officer Evans said.