Police are calling one man a hero after he pulled a man from a burning home in Pea Ridge. 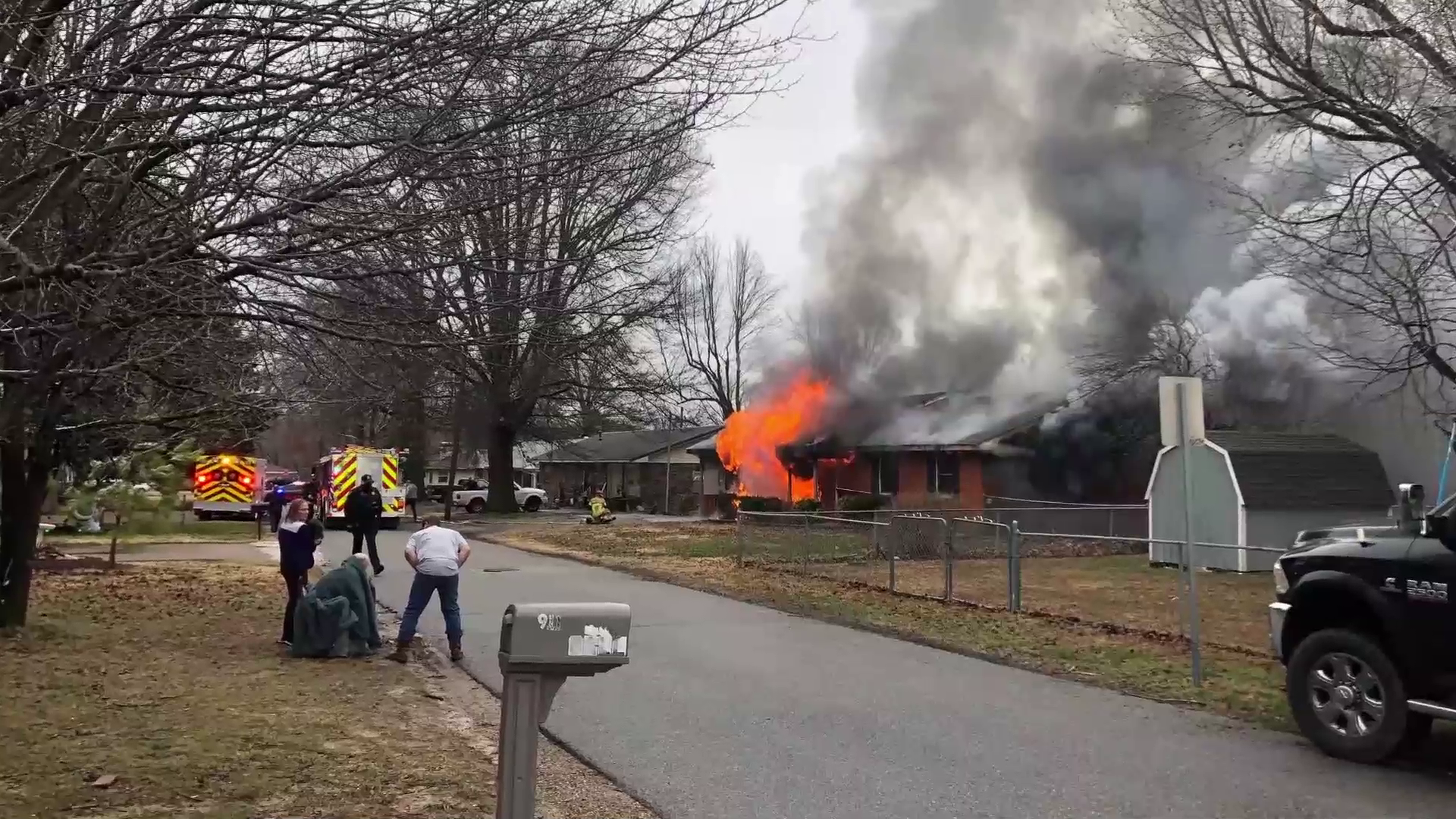 PEA RIDGE, Ark. — Police are calling one man a hero after he pulled a man from a burning home in Pea Ridge. Tyler Thompson, 37, of Pea Ridge saw his neighbors home catch fire and ran to help.

“When I heard it was him that did it. It didn’t shock me at all. He one hundred percent, without a doubt, saved that man's life,” says Officer Michael Lisenbee with Pea Ridge PD.

A home on 956 Hoffman Street caught fire at 2:45 on Jan 2nd, investigators say it was an accidental electrical malfunction that sent the home ablaze.

Police say, one man, 44-year-old Jon Biffany, was inside sleeping when the fire started and did not awake until the home was 2/3 of the way consumed. Police say Biffany was trapped in his bedroom when Thompson came to his aid.

“I hear like this muffling, this wining noise, as soon as I jump up I can see a figure in this side window,” says Thompson.

Thompson says he saw the smoke from his home across the street and ran to help. He says he used a brick to smash open the window and used the screen from the window to help guide Biffany safely to the ground.

“I get down on the ground, I flip him over, he’s just soaking wet in a pair of blue jeans... I grabbed his pants and drug him to the corner of the fence. There was no one there so I had to do something,” says Thompson.

Police say the victim suffered from smoke inhalation but made it out with only a few scratches. They credit the fast reaction of Thompson in saving the victims life.