Lightning strike causes Pocola apartment to go up in flames, mother and daughter make it out safe

A mother and daughter are happy to be safe after their home went up in flames when it was hit by lightning. 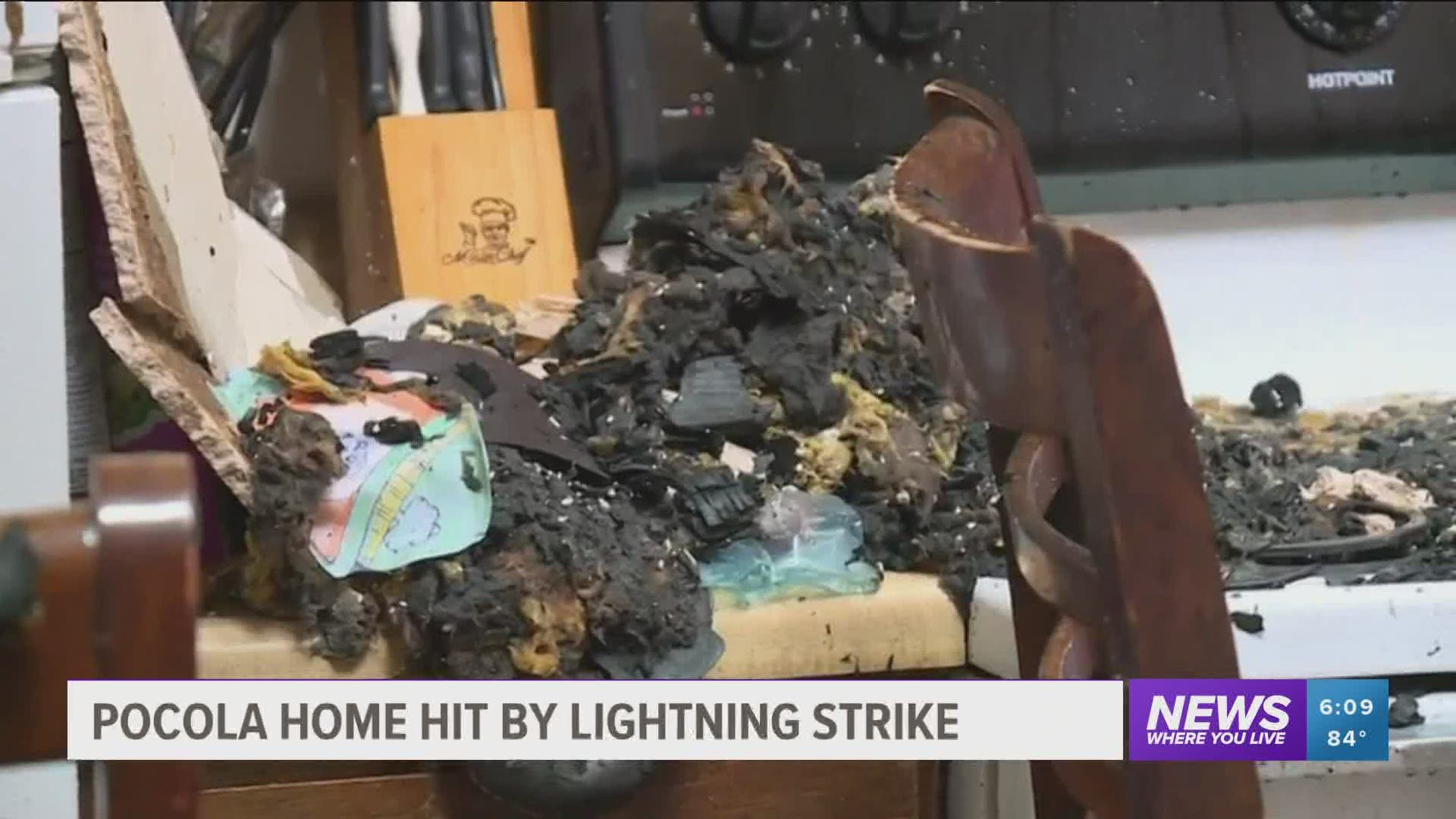 POCOLA, Okla. — A lightning strike caused a fire at an apartment complex in Pocola, Okla. Monday (June 29) morning, forcing a mom and daughter out of their home.

The fire broke out at the Garden Walk Apartments around 10 a.m. Monday. The damage caused by the flames could be seen from the road through a hole in the roof of the home.

The mother, Lizz Lopez, and her daughter who lived in the apartment made it out safely. They say a neighbor came running over yelling for the two to get out.

The Pocola fire chief told 5NEWS the home is a total loss and the apartment next door has smoke damage. The fire department had the flames under control in about 45 minutes.

Lopez says she is still in complete shock.

“It sounded like a bomb. Literally. Immediately everything started filling up with smoke. Neighbors came telling us to get out cause they could see the fire outside," Lopez said.

She and her daughter said they are extremely thankful for the Pocola Fire Department as well as their neighbors. They were given another apartment to stay in just down the road.

RELATED: Man dead after being hit by train in Poteau