This will be the future home of the Confederate monument recently removed from the Bentonville Square. 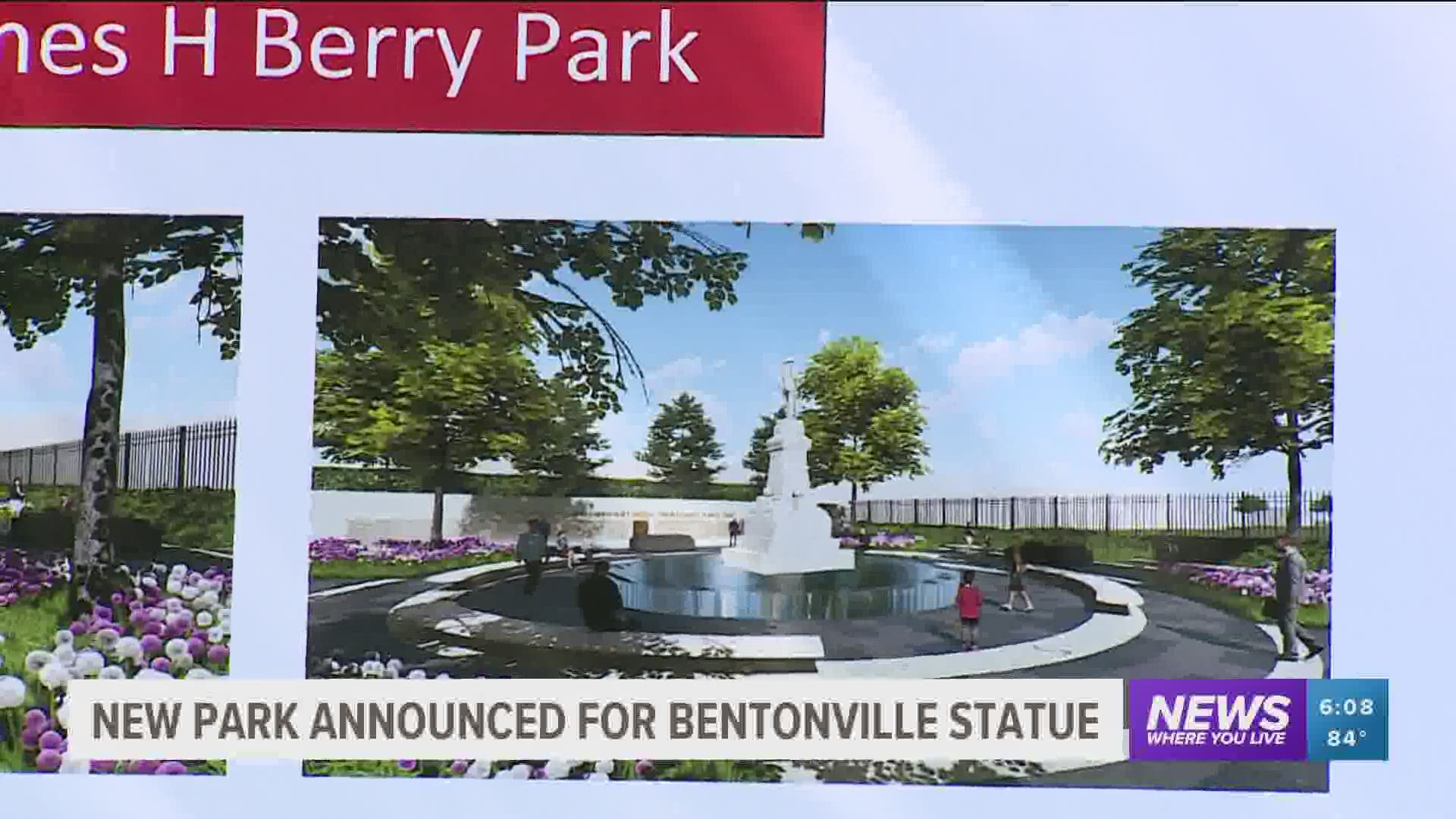 BENTONVILLE, Ark. — Plans for the James H. Berry Park, the new home of the Confederate statue recently removed from the Bentonville Square, were released to the public Tuesday (Sept. 15).

Located next to the Bentonville Cemetery on the corner of Southwest 5th and Southwest S Streets is the future site of the James H. Berry Park.

“We are welcoming to the public and are excited about the public coming and observing and learning our history so that we move forward," said Joey McCutchen, attorney for the Arkansas Division of the United Daughters of the Confederacy (UDC).

The UDC of Arkansas and the Benton County Historical Society partnered together to make this plan a reality.

“We believe we are responsible for preserving and we have that responsibility as well as to recount properly and research the history of our county," said Leah Whitehead with the Benton County Historical Society.

Earlier this month the statue of a Confederate soldier, a source of conflict and controversy in the past, was removed from the Bentonville square.

The park will be shaped like an iron cross with the monument at the center and surrounded by a reflective pool in its new home.

“We'll have lighting at night, we'll also have multiple security cameras," McCutchen said. "We’ll also have a beautiful fence around with some hedges, but we hope that security is not an issue."

In addition, there will also be a memorial being dubbed “the wall of honor” with the names of Confederate and Union soldiers from Benton County who died during the Civil War

There will be parking across the street, seating for guests visiting the park, and tables with information to educate the public about the monument and more.

The park will be privately owned but open to the public.

Construction is expected to begin early next year but no word yet on when the project will be completed.