The statue sits on the west side of Old Main and Fulbright is the name of the university's college of arts and sciences. 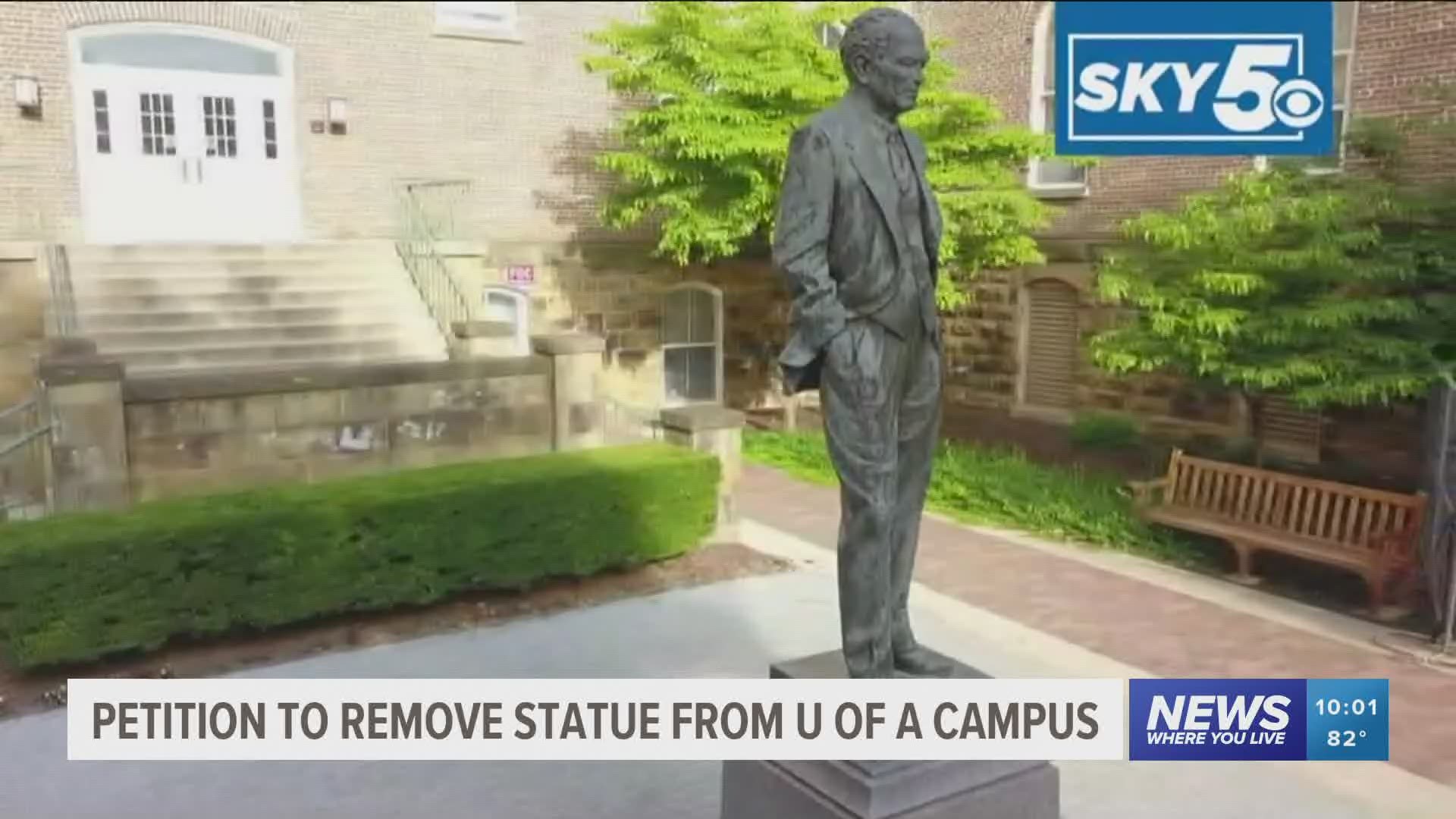 FAYETTEVILLE, Ark — One group made up of University of Arkansas students is petitioning to remove the J. William Fulbright statue on the Fayetteville campus.

The statue sits on the west side of Old Main and Fulbright is the name of the university's college of arts and sciences.

“He was an imperfect statesman, but he had a contribution,” said Chris Kline, U of A alumna.

J. William Fulbright was a senator for nearly 30 years and is the longest serving chairman in the history of the Senate Foreign Relations Committee.

He was a southern Democrat who supported the formation of the United Nations.

According to UALRexhibits.org, he was also a signee of the Southern Manifesto, a counter document to Brown Vs. Board of Education.

The Black Student Caucus at the U of A is petitioning to remove his statue and name from the campus. The group's goal is 7,500 signatures and as of July 1, they have 5,700 signatures.

The U of A responded to the petition with the following statement:

"We are expanding the campus dialogue in the coming days with the goal of establishing a plan to address the legacies as well as the tragedies of Arkansas history on our campus."

Kline says grouping up in Fort Smith, her mother was on the front lines fighting for Civil Rights. She says her mother did not agree with Fulbright on his Civil Rights views but agreed with him on international issues.

She says her thoughts about the removal aren't complete because she has more research to do. She also says that it's time people listen to the voices of others historically oppressed in this country.

It's unclear what will happen next between the group and the university but U of A officials have said they will begin hearing from student leaders on issues about race on their campus.

RELATED: Sen. Cotton suggests 1 year minimum in prison for those who 'injure or destroy' monuments

RELATED: Future of Confederate statue in Fort Smith under debate