The driver was cited for not having a driver's license, and no additional charges are expected. 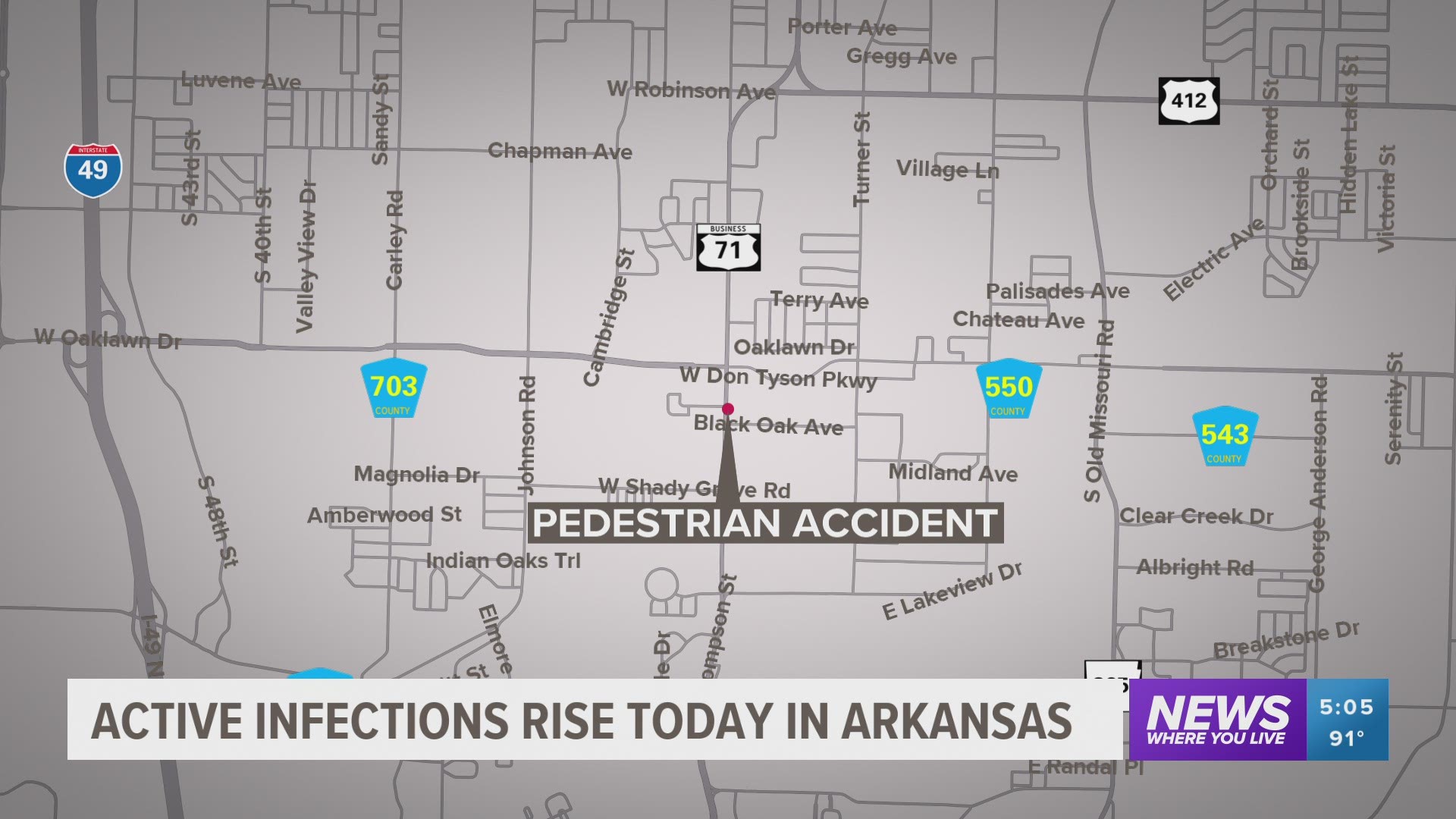 SPRINGDALE, Ark. — On the night of June 2, a male pedestrian was struck by a vehicle at Thompson and Black Oak in Springdale and found by Springdale Police lying in the roadway.

The victim, identified as Matthew Pelter, was later flown to Springfield with multiple traumatic injuries.

The driver and vehicle were located and identified during the initial investigation. According to the Springdale Police Department, the driver was northbound on 71B/Thompson St. just past Black Oak in the inside travel lane.

Pelter is still being treated in a Springfield hospital for his injuries.

The driver was identified as Rosa Rodriguez and cited for No Driver's License.

Rodriguez voluntarily submitted to a BAC test of .000% as is customary for this type of incident.  No additional charges are expected at this time.

RELATED: Greenwood man dies in cement truck crash on I-540