“Officer Apple gave his heart and soul and ultimately his life to the community he loved,” Chief Lynn Hahn said. 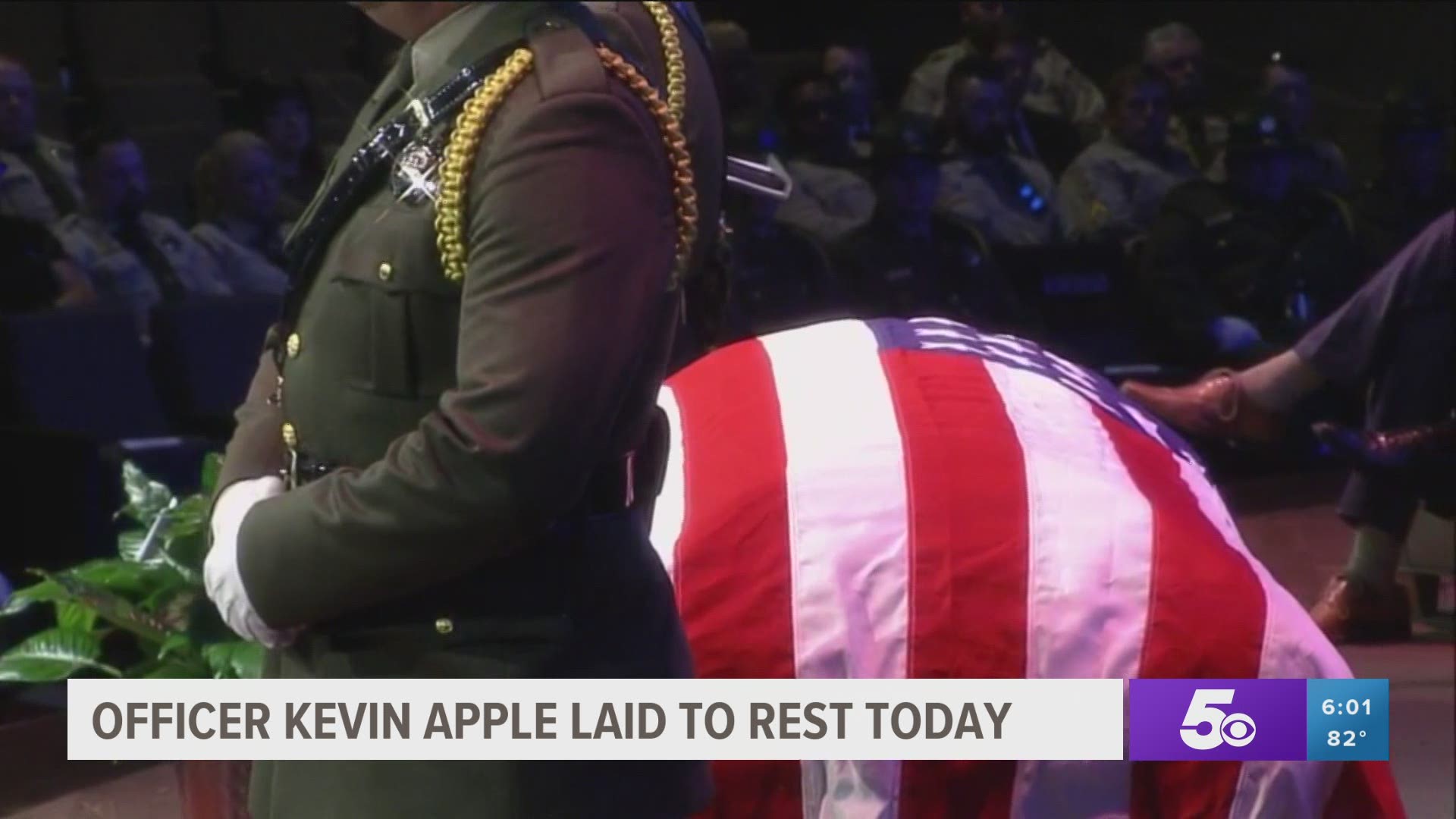 PEA RIDGE, Ark. — Pea Ridge Officer Kevin Apple was laid to rest Friday (July 1), less than a week after his death. Hundreds of law enforcement officers, first responders, family and friends came together at Cross Church Pinnacle Hills to remember the life and legacy of a man people say had a heart of gold and would do anything for anyone.

“Officer Apple gave his heart and soul and ultimately his life to the community he loved,” Chief Lynn Hahn said.

Officer Apple served the Northwest Arkansas community for 23 years working at Bethel Heights, Farmington and Lowell Police Departments, with almost three years at the Pea Ridge Police Department. Chief Lynn Hahn says it takes a special kind of person to be a police officer, you have to have empathy, grace and compassion, and Officer Apple had all that and much, much more.

“His life exemplified the best of humanity. He was a professional. He treated everyone as family and with dignity. He was approachable, always had a kind word to say, and if you knew Apple, he absolutely loved to make people smile,” he said.

Hahn says Apple was an officer who wasn’t there to write tickets or make arrests. He was there to change lives. Since his apple’s passing, Hahn says they’ve heard lots of stories from people he helped, showing how he always went above and beyond his call of duty.

“Officer Apple had conducted a welfare check on one of our elderly citizens a few months ago, and since that time, every time he worked on shift, he would go by and see her and check on her again. He wasn’t asked to do that. No one asked him to do that. He did that out of the kindness of his heart.”

“Officer Kevin Apple displayed his love for the city and his fellow officers in the greatest way possible Saturday, June 26, 2021, when he paid the ultimate sacrifice,” he said.

“Officer Apple, badge 1212, served his community and fellow officers with pride, bravery and dedication. May he rest peacefully knowing that he is greatly loved and will never be forgotten,” he said.

The hundreds of law enforcement officers here today didn’t only include ones from our area, but officers from across the country showed their support to the Pea Ridge Police Department.

You can watch Officer Apple's full funeral service below.